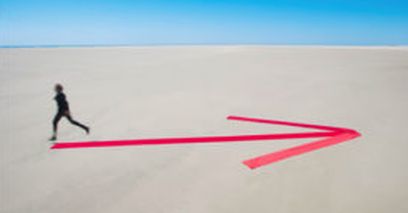 Despite clear instructions from the LORD, Saul decided to do his own thing. According to the narrative, “But Saul and the people spared Agag, and the best of the sheep, and of the oxen, and of the fatlings, and the lambs, and all that was good, and would not utterly destroy them: but every thing that was vile and refuse, that they destroyed utterly” (1 Kings 15:9, KJV). However, when confronted about his disobedience, “Saul said unto Samuel, ‘Yea, I have obeyed the voice of the LORD, and have gone the way which the LORD sent me, and have brought Agag the king of Amalek, and have utterly destroyed the Amalekites. But the people took of the spoil, sheep and oxen, the chief of the things which should have been utterly destroyed, to sacrifice unto the LORD thy God in Gilgal'” (vv. 20-21).
An interesting observation from the verses above is we are told that Saul and the people spared Agag, and so on, yet in Saul’s account, he made a distinction between himself and the people. He had spared Agag and destroyed the Amalekites, but it was the people who took of the spoil and they did so to offer it as sacrifice unto the LORD as a peace offering for the victory they had obtained. He tried to excuse his way out of accountability.  However, as Bible scholar John Darby observes, “Our excuses, even when true, only condemn us. Saul, not having faith, not looking to God, fears the people more than God.” Saul failed to recognize that ultimate responsibility rested with him as the king and the one who had been given the instructions and that such responsibility could not be delegated.
One other pertinent observation is that from God’s perspective, partial obedience is ruled and judged as disobedience.  Notice He said to Samuel that Saul “is turned back from following me, and hath not performed my commandments” (v. 11).  There was no credit for partial obedience. In other words, God does not live in the shades of gray where most of us reside. He means what He says and He says what He means. How many times have we made the mistake of thinking we know what God wants? Just because we think something is a good idea doesn’t mean it is a God idea! Like Saul, our intentions are good; they may even seem honourable and to the service of God. Yet if we choose to deviate even an iota from His instructions, we are effectively engaged in disobedience. It is always better to obey and leave the rest up to Him.
So why did the LORD dealt so harshly with Saul? It was because His faithfulness was at stake. In Deuteronomy 25:19 we read: “Therefore it shall be, when the LORD thy God hath given thee rest from all thine enemies round about, in the land which the LORD thy God giveth thee for an inheritance to possess it, that thou shalt blot out the remembrance of Amalek from under heaven; thou shalt not forget it,” and to Saul was entrusted this fulfillment. His failure to do as instructed was deemed  “evil in the sight of the LORD” (v. 19), rebellious and “stubbornness” (v. 23), and as such could not be tolerated or excused. The chickens had come home to roost and for his disobedience, Saul lost the kingdom.
How are you doing with the instructions you have received from the LORD?