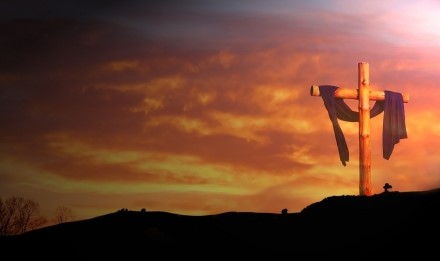 Our legal system, and by extension our society, is built upon a system of justice. The online Merriam-Webster dictionary defines justice as, among other things, “the principle or ideal of just dealing or right action; the quality of conforming to law.” It carries with it the notion that persons who are accused of violating certain societal standards of pre-defined acceptable behavior should face a jury of their peers to determine guilt or innocence, and where appropriate, to be sentenced to a suitable form of punishment as prescribed in law. The presumption is that a person is presumed innocent until proven guilty. However, as many can attest, the judicial system is not perfect but for the most part, it works.

I thought of this as I read the words of the psalmist: “[The LORD] is merciful and tender toward those who don’t deserve it; He is slow to get angry and full of kindness and love.  He never bears a grudge, nor remains angry forever.  He has not punished us as we deserve for all our sins, for His mercy toward those who fear and honor Him is as great as the height of the heavens above the earth. He has removed our sins as far away from us as the east is from the west” (Psalm 103:8-12, TLB). If God were to demand justice the way society does, none would be found innocent. Just in case anyone of us thinks differently about it, not only does Paul reminds us that we “all have sinned; all fall short of God’s glorious ideal” (Romans 3:23, italics added), but that having been found guilty, there was only one possible sentence, “for the wages of sin is death” (Romans 6:23a).

Under our legal system, each individual has to bear the consequences of his own actions. No substitutions are allowed. But thank God, He doesn’t treat us that way for He “took the sinless Christ and poured into Him our sins. Then, in exchange, He poured God’s goodness into us!” (2 Corinthians 5:21). The King James translation puts it this way, “For He hath made Him to be sin for us, who knew no sin; that we might be made the righteousness of God in Him.” Being made the righteousness of God in Christ means we do not have a “criminal record” associated with our names, but we are in right standing with Him. Through His grace and mercy, God takes our confessed sins, and as far as the east is from the west, that is as far as He has removed them from us. How far is that? From my limited perspective, that distance is immeasurable!

We have a lot to be thankful for and especially so today, Good Friday, as we reflect on Christ’s ultimate sacrifice. A great place to start is to thank our Heavenly Father for His unfathomable and unfailing love; for His unspeakable gift, that of His Son and our Saviour.