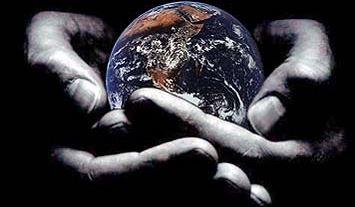 As governments, organizations, and individuals across the world continue to work at containing the spread of the COVID-19 disease, mainstream media is dominated by news of the ongoing global impact of the disease. As we listen to and watch reports of new cases reported, the rising death toll, the economic fallout, the loss of jobs, lockdowns, and the seeming senselessness of it all, it is evident that life as we know it has changed significantly in a relatively short period of time.  In these rapidly evolving times, people of faith continue to declare that “God is still in control,” yet in looking at the evidence one could be excused for wondering, maybe reluctantly, if that is really the case.

If God is in control, if He is in charge, why doesn’t He do something about what is going on?  If we were watching a championship fight, it would seem like the “bad guy” was winning; that the “good guy” was in trouble. Just like it seemed that Satan had won as a bloodied and crucified Jesus hung on a cross over two thousand years ago. However, that picture was not the end of the story. Three days later, the appearance of the resurrected Christ proved His point all along. Not only was He the Son of God,​ ​He also had and continues to have dominion over death, the grave, and everything else. God’s ultimate purpose, the redemption of His creation, had been accomplished through what was initially thought of as a defeat by those witnessing the events.

While it is true that Jesus spoke of Satan as the “ruler of this world” (John 12:31) and Paul referred to him as “the prince of the power of the air” (Ephesians 2:2), this does not mean that he rules the world completely. God, in His sovereignty and infinite wisdom, has allowed Satan to operate in this world within boundaries He has set for him. The consequences of living in a fallen world, one ruled by Satan, include diseases like COVID-19.  However, even as we deal with this and other troubling and problematic consequences, it is worth keeping an important truth in mind: the one who sets the boundaries is the one who is ultimately in charge.

Is God really in control? Yes, He is. From the dawn of creation down through the ages, there is and was never a time that He has not been in control. He has always been sovereign, the ultimate authority.  He does not stop to consult us and He is not in the business of providing explanations for what He does or allows. Job said of Him, “No one can oppose you, because you have the power to do what you want” (Job 42:1-2, CEV).  He can do that using whatever and whomever He chooses. As this pandemic runs its course, why doesn’t He intervene?  As the world comes to its knees under the strain of COVID-19, maybe He already has. Thomas Benton Brooks reminds us, “The sovereignty of God is that golden sceptre in His hand by which He will make all bow, either by His word or by His works, by His mercies or by His judgements.” The only person capable of that kind of power, of making all bow, is the one in control.  He is the God we serve; He is the One we worship.