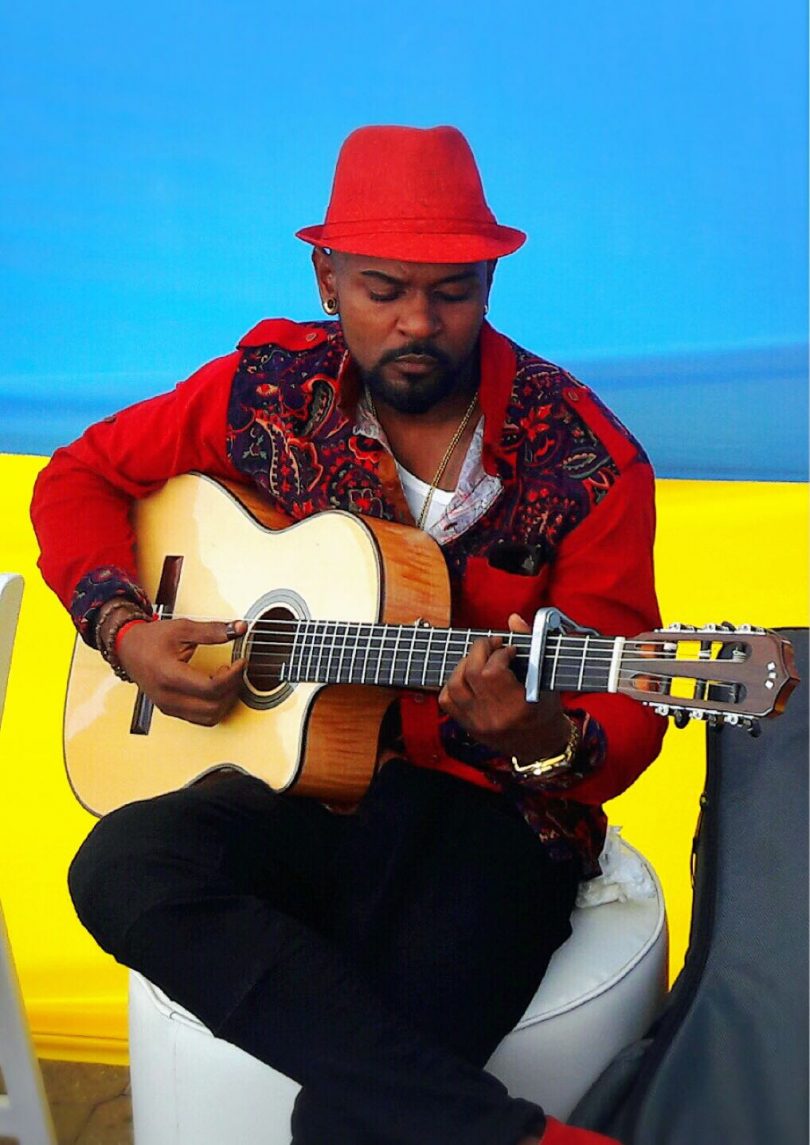 In this installment of Our Stories, Jamaican artiste Yeshwa appeals to abusive Jamaican men….For many people, Jamaica is pictured as an island paradise – white sandy beaches, a beautiful and vivacious culture, rich and wholesome food, and attractive people. And while that image is not far from the truth, if the lens is focused on the inspirational stories of ordinary Jamaicans, you’d find a sharper, richer and truer image of the Jamaican experience…this is Our Stories! 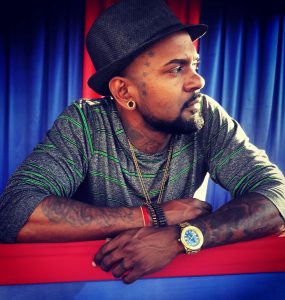 Jamaica, and the world at large, continues to struggle with a destructive monster- Domestic Violence. However, in recent times, this monster has become more noticeable in Jamaica. There has been an upsurge of reported cases of Jamaica women becoming victims of deadly attacks by their husbands, boyfriends and other men.
The message music star released his song- Cut Her Loose in 2016 as a response to this issue. The song appeals to abusive Jamaican men to stop inflicting pain and causing the death of our women.

However, when I sat down with Yeshwa, he said some fans find it hard to take his advice.

2. So what’s your response to that criticism?
My response to the women…a woman has to love herself and to know what she’s worth before she makes an attempt to take herself out of an abusive relationship or any abuse in society. I just want to address that topic. I just want to reach out to our women and say,
‘Learn to love yourself’.
And a lot of men say,
‘I invested my life, time, money and effort (in the relationship) so how can I walk away?’
But it’s easier to walk away than to live in prison for the rest of your life, or tie a rope around your neck, hang yourself, kill yourself, and then your family have to weep…struggle with the fact that they just lost a loved one.
My advice to men, sometimes before you act on your emotions, because men tend to act abruptly, just count to ten, or get some counselling. If you see that it’s not working out or it’s not going in your favour, the relationship of course, try your best to step aside. Step outside of the circle and see what you really want in life.
It’s a process.
It’s not just something you’re going to jump up and do tomorrow. The best way to deal with the process is in a uniformed way, not in an abusive way. That’s what I’m advising our men.

3. Since the song has been released, have you been approached by male perpetrators of abuse?
Yea man definitely! Just a few weeks ago, my producer checked the inbox of my Facebook page and this guy reached out and said, right now he’s listening to the song over and over and over…he’s going through the same thing and he’s thinking about doing crazy things to hurt his fiancé and hurt himself.
I gave him some brotherly advice and it helped him…women have reached out to me and I extend to them that they need to learn self-love.

4. Outside of the music, will you do other things to get the message across?
Yes.  Me and my team, we are putting together a programme where we put counsellors in place…because you know counselling always cost money…so we’re putting counsellors in place, even if it’s not direct, (it would be) over the phone (for victims of abuse). 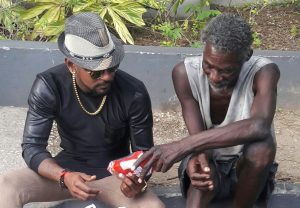 5. Why are you so passionate about using music to heal society?
I view music as a tool, not as my purpose. My purpose is self-less service and charity. Music is the tool and the weapon I will use to acquire that. I’m a humanitarian so music is going to help me bring out that mission.

6. So you don’t intend on making money as well?
(Laughs)Yea you know it takes money to make things happen. If I want to feed a hundred people, I can’t go to the Chiney man and seh,
‘Beg you a bag a rice and some chicken, I have to buy it’.
Of course! A percentage of (the profits from my business) will always go towards the mission.

7. You said that your mission has other components, what are those components?
If you check my social media, you will see I’m interacting with “so-called mad people”.
I’m on this movement right now, I want people to see that they (homeless and mentally-challenged people) need love, just like us.  And I’m going to do projects with the children, the homeless children, the needy children. My mission is all about charity, self-less charity.
As a child my favourite thing was to give…

8. Five years from now, what would you hope to achieve?
I see myself in a very marketable position, I will do major collabs with major acts…spreading my music across the world, taking my mission across the world.

Amazing! Continue to spread your message Yeshwa and thanks for sharing your story.