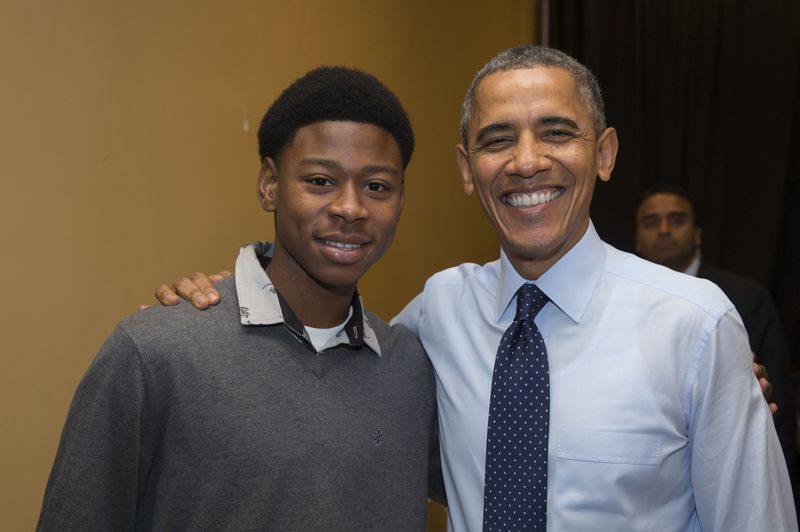 Jamaican, Radcliffe Saddler, 19, was valedictorian of his middle school,attended his first college class at the age of 14, earned a high school diploma and completed his Associated Degree in Applied Science by age 18, and went to work with IBM where he is now an Associate Analyst. Saddler was hired right after completing the program at Pathways into Technology Early College (PT-TECH) in Brooklyn with an outstanding academic record. Saddler was one of the first graduates of the original P-TECH, completing six years of study in only four years. The dual-enrollment high school program was implement via a New York City Department of Education partnership with the New York City College of Technology, the City University of New York and IBM. It permitted students to take college-level courses during their time there. The high-achieving Saddler was born in Kingston and moved with his family to New York when he was six because his parents wanted the best possible education options for their children. In recognition of his stellar academic performance, Saddler was chosen to introduce United States President Barack Obama when the President visited P-TECH two years ago. This resulted in Saddler subsequently being interviewed by the CNN television network. He also was part of a panel on education at Harvard. Saddler received a letter of congratulations from President Obama on his achievements. Saddler continues to speak to schools about his experiences in the education system and offers advice to students. On May 19, 2016, He spoke at the U.S. News STEM Solutions Conference in Baltimore, Maryland. His job at IBM entails building websites, automating processes using his coding skills, and works on an internal IBM app. He says most of the skills he uses were learned at the P-TECH program.