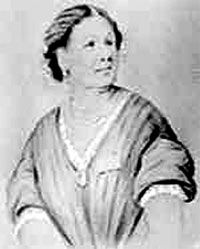 Imagine. This thin organ provided to protect our bodies, this thing called skin, can actually make an individual feel superior or inferior to another. “Homo sapiens” may not be so wise after all.

Race prejudice is believed to have existed from ancient times. When Jesus kept falling under the weight of the cross, it is said that they called on a black man, Simon of Cyrene, to help Him, inspiring the lines:
“At first I said I would not bear His cross upon my back. They only seek to place it there because my skin is black.”

Since we have proven repeatedly that any normal human being, given equal opportunity, can develop and excel, we can only conclude that subjugation of a race comes from that evil part of man that fools him into thinking he can stand tall only on the back of another. We can see how a coward, afraid of the work involved to earn his own keep, would try to brainwash another into subservience. We can almost hear the excitement of that first Caribbean slave-owner, as he shares his strategies with friends and family. We imagine the bedazzled nouveaux riches, moving from humble English cottages to castles on hills overlooking the green cane fields of Jamaica and elsewhere, tended by abused, bone-weary slaves.

But while the planter’s life may have offered physical luxury, it eventually became a nerve-wracking experience. Innocent white children were forced to share in the terror of their panic-stricken parents when drumbeats echoed in the night and canefields burned. Man’s inhumanity to the enslaved was a doltish disregard for his children’s future, as he created a dangerous world of distrust, pitting white brother against black.

When slave women began to bear children for their masters, one would have thought that this mixture of races, “coffee-colored people by the score”, would see a new age of enlightenment. But in 18th century Haiti, where freed mulattoes were able to own an unlimited amount of property, the whites created tough laws against coloured people, introducing a ridiculous racial measuring-stick to keep such persons in their place. CLR James describes it thus: “They divided the offspring of white and black and intermediate shades into 128 divisions.” There was the mulatto, the quarteron “with 96 parts white and 32 parts black”, the marabou, the sacatra “and so on through the 128 varieties. But the sang-melé with 126 white parts and one black part was still a man of color.” The law decreed that such a man, even if he were a free property owner, would automatically have his arm cut off if he struck a white person.

Shade prejudice persists in many countries and “fairness cream” continues to be a popular item from East to West. If you saw Bend It Like Beckham, you would remember the Indian mother’s distress that her outdoorsy, football-loving daughter was getting “darker”. And, of course, prejudice exists among some blacks who have been psyched into an inferiority complex. Trevor Rhone gives us the classic example in the character of Mama in Old Story Time, who wanted a brown-skinned girl, “Margaret, with the tall hair down her back” for her son, and rejected his lovely black wife. Great playwright that he is, Rhone teaches Mama and all of us a lesson, when she realizes her tragic mistake.

Singer Eartha Kitt revealed in a recent interview that in the ’60s, she and a prominent black movie star fell in love, but he explained that he could not marry her, because to get ahead in Hollywood, he had to find a white wife. Now that Hollywood has grown up, couples like Denzel and Pauletta Washington, and Will and Jada Pinkett Smith are the darlings of high society. But wait! Have you noticed how Nicole Kidman’s stocks have fallen since her attachment to Lenny Kravitz was announced? Is this why she arrived unescorted at the Oscars?

Talk show host Mutty Perkins has recounted the strategies of one Willie Lynch, a US slave-owner who ran smart little workshops for his less seasoned fellows, showing them the finer points of “divide and rule”. (In the case of some of our pork-barrel politicians, it’s “divide and drool”). Perkins believes that Lynch’s approach was so successful, that our people have a “crab in a barrel” mentality.

But in matters of race, Jamaicans probably have the most evolved outlook in the world. There is a strong network among educated blacks, and when more of us come forward to mentor our confused young people, “bleaching” will become a thing of the past. Recent events in Portland, where our humble country folk have embraced the Haitian refugees, show our true heart. Like our own Mary Seacole, voted the most admired black person in British history, our kindness is not colored by race.

When Leachim Semaj tried to convince us a few years ago, that Jamaica could be a world power, few took him seriously, maybe because of our limited definition of the word. But powerful we are in our enlightened examples to the world: in Marcus Garvey, history’s most influential leader of the Black Diaspora, in Alexander Bustamante, passionate pioneer of organized labor, in Norman Manley, advocate of education, development and Caribbean solidarity, and in Bob Marley, the mulatto whose song of the millennium keeps the world attuned to the possibility of “One Love, One Heart”.

My African-American friend spotted a lady in a Maryland mall and said he knew instantly that she was Jamaican: “She was every race, and each of them showed in her beautiful face”. When the lady spoke to the store attendant, her accent confirmed it. Her coloring defied any attempt to measure the proportion of one race against the other. She was simply Jamaican, comfortable in her indefinable skin.