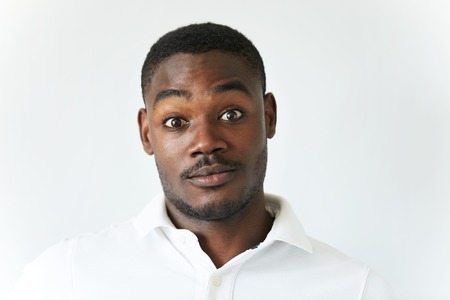 If one or both of your parents are Jamaican, then growing up with them wasn’t easy. Jamaican parents have some very unique child rearing methods that have managed to survive many generations. Often the habits live on even with those who grew up on foreign soil or may only have Jamaican lineage without ever having been there. Here are 10 things you can certainly relate to if you grew up with Jamaican parents.

1. You’ve had a crazy nickname since childhood that you can’t seem to grow out of.
Many Jamaicans have had a nickname stuck onto them since their childhood days, and sometimes not even your relatives can recall how you got stuck with the name Puncie or Goat Man. It’s really just a matter of how you deal with the embarrassment of being called this nickname out loud in front of your non-Jamaican friends.

2. You know you’ll never really be an adult in their eyes.
Jamaican parents consider themselves parents for life so don’t ever think that you can’t be scolded just because you’re now an adult living on your own with your own family. On the flip side, you can always run home for some advice or a delicious plate of mama’s cooking whenever you need a break for the stresses of adult life.

3. There’s no meal where hot pepper sauce is forbidden.
Your non-Jamaican friends may think that you have some kind of super-human strength when they see you dump all that hot sauce on your plate. The truth is that you’ve developed a tolerance from eating so much spicy food since you were knee-high.

4. You still get a rush from stealing meat from the pot.
Stealing meat from the pot is pretty much a rite of passage in every Jamaican household, and knowing that you would probably get an ass-whooping for it was not usually a deterrent. Now, even as an adult, you still feel a little tempted to test mama’s patience once again, because everyone knows that the stolen meat is the sweetest.

5. Your mother’s voice whispers “take your shoes off” every time you visit someone’s house.
Growing up Jamaican, you knew better than to embarrass your parents and walk into other people’s homes with your shoes on. This was just one of the simple manners you were expected to exhibit in public, to show that you were had home training and were being brought up in the right and proper way.

6. Dreams mean a lot more to you than they should.
Even as an adult, you know that if your mom called and told you that she had a bad dream, this revelation would likely affect all your plans for at least a few days. Because Jamaicans know that God uses dreams to send warning signs, and you were brought up to believe that it would be foolish not to take heed when He comes to you in a dream.

7. You run on Jamaican time and everyone else better be irie with that.
Jamaica runs on its own time and you can never truly be late unless everyone has already packed up and left. So in true Jamaican style, your non-Jamaican friends will learn sooner or later that they need a lot a of patience because “soon come” doesn’t necessarily mean that you will be there anytime soon.

8. You expect a surprise every time you open the butter or icecream container in the fridge.
Long before recycling was a thing, Jamaicans were the kings and queens of recycling food containers. The butter container is most likely holding the remainder of last Sunday’s dinner rather than actual butter. But perhaps the most famous container of all was that of Danish cookies. Unlocking it was always a mystery because you never know if you’ll find snacks, sewing supplies or just obscure items, but very rarely would it ever have Danish cookies.

9. Introducing your love interest to the family is a hit or miss.
It’s always a great thing to introduce the love of your life to your family, but with a Jamaican family it can bring a lot of anxiety especially if your partner is non-Jamaican. Jamaicans are very frank and expressive people which means sooner or later, things are going to come out that would have been better left unsaid.

10. Shouting doesn’t faze you because you heard it almost every day as a child.
It could be that they’re used to shouting above the sound of reggae music in the background, but your Jamaican parents will not speak quietly when they’re angry. They have to let out that emotion and screaming at you is probably their way of saving you from something far worse like a physical beat down.