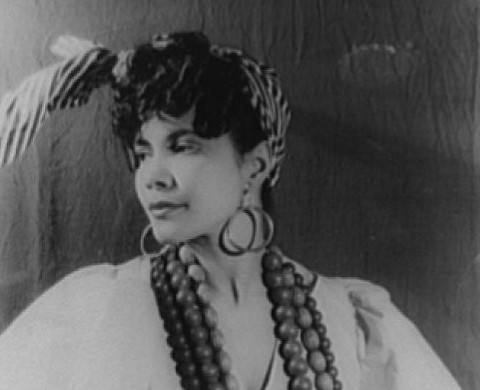 Jamaican socialite, Blanche Dunn, quickly became the “It” Girl upon her arrival in New York during the Harlem Renaissance. Born in Jamaica in 1911, the theater and film actress was one of the most highly sought celebrities in the city during three decades encompassing the 1920s, 1930s, and 1940s.

Dunn moved to the U.S. and settled in Harlem at the age of 15. She caught the eye of fashion designer, Wilda Gunn, and under her tutelage, Dunn learned the secrets of dressing for success. Her sweet and innocent look immediately won her acclaim in the black community, the ire of white females, and the interest of white men.

She was courted by some of the richest and most powerful men in the world. Dunn was a regular at the parties of celebrities around the world. Many clubs, such as Hot Cha, always had a table reserved for her. Never one to disclose much about herself, the mystery that was Dunn persists to this day. The following are 10 things everyone should know about her.

1. Dunn was a chorus girl in the “Blackbirds” and had a role in the play “The Emperor Jones.”

2. At the age of 17, the socialite embarked on a pleasure tour of Europe where she helped break down racial barriers.

3.She moved to the island of Whale Cay in 1940, owned by Marion Barbara “Joe” Carstairs, a British speed boat champion and heiress to the Standard Oil empire, where she attended gala affairs with the Duke and Duchess of Windsor. The couple ended their relationship in 1941.

4. She became a favorite subject of photographer, Carl Van Vechten.

5. Portraits of her are in collections at the Philadelphia Museum of Art and the digital collections of the New York Public Library.

6. Her beauty, grace and charm was intoxicating to the masses and simply being a socialite became her career.

7. Dunn never thought she was particularly noteworthy and hated publicity.

8. Her immense sex appeal led to rumors that she was a lesbian and “kept woman.”

9. She married and eventually settled in Capri, but nothing is known about her husband, their life together, or her death.

10. In 1939, Dunn was living in an apartment that cost $85 per month at the time, when the average rent was $28 per month, even though she had no obvious means of support.