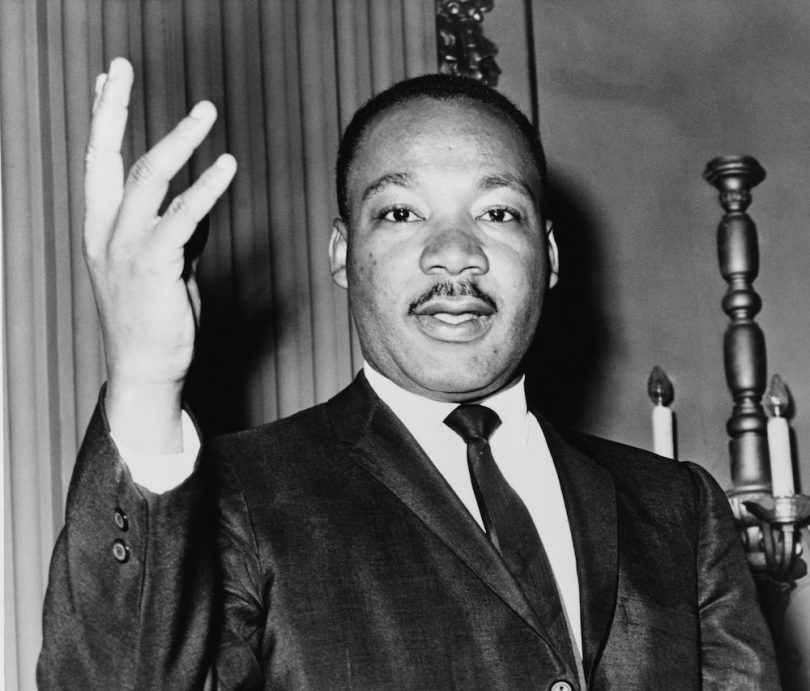 On June 21, 1965, only three years before he was assassinated, Dr Martin Luther King, Jr., arrived at Palisadoes Airport on a visit to Jamaica, where he received the Key to the City of Kingston and made a speech to graduates of the Mona campus of the University of the West Indies in which he said, “In Jamaica I feel like a human being!” 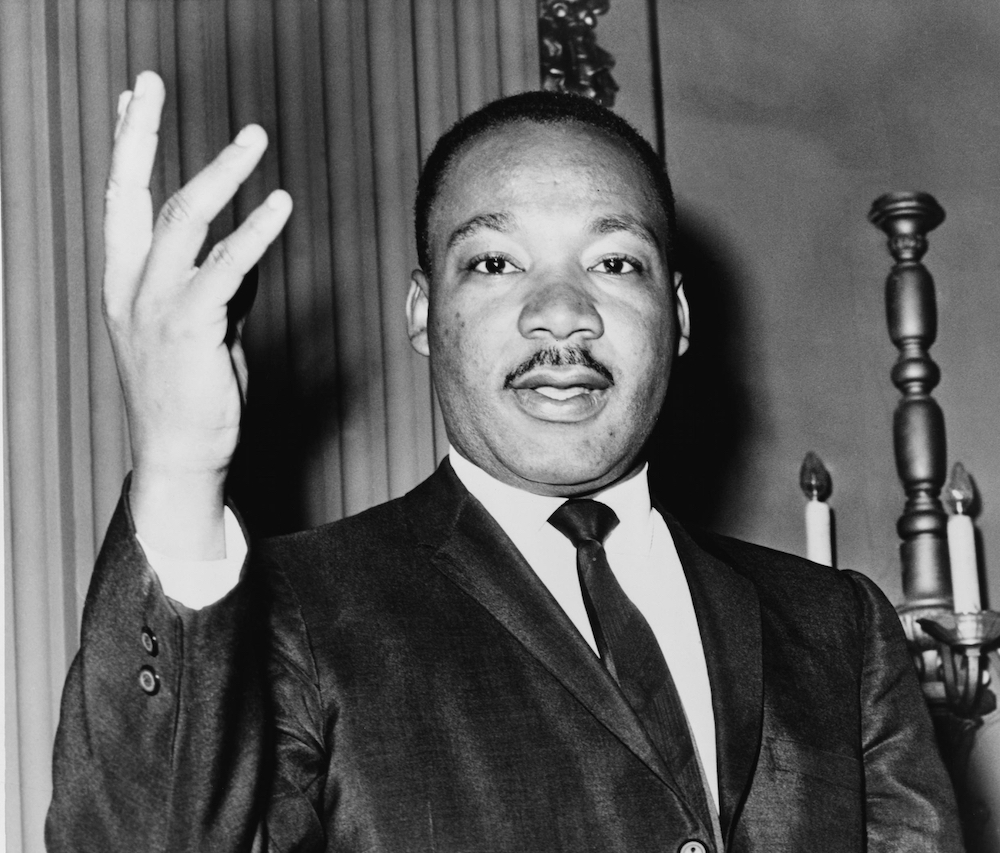 At the time of his visit, civil rights leader Dr. King had already made some 2,000 speeches, authored five books, led huge marches against injustice in the United States, had been named “Man of the Year” by Time magazine, and had been awarded the Nobel Peace Prize.

Here are 10 things to know about Dr. King’s notable visit to the island.

1. Dr. King’s arrival in Jamaica was not an “official” visit but was arranged by the University of the West Indies, which had asked him to deliver the annual valedictory sermon to its graduating class.

2. Anthony Allen’s dream for Dr. King to visit Jamaica came true in 1965. As a medical student at the University of the West Indies and a member of the Chapel Management Committee was one of the individuals who nominated Dr. King to deliver the 1965 valedictory sermon. 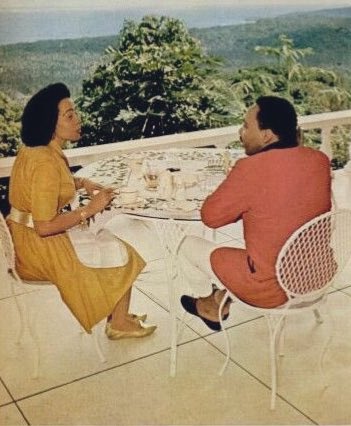 3. Dr. King used no notes during his sermon, which was titled “Facing the Challenge of a New Age.”

4. This sermon included one of Dr. King’s most famous exhortations: “If it falls to our luck to be street-sweepers, sweep the streets like Raphael painted pictures, like Michelangelo carved marble, like Shakespeare wrote poetry, and like Beethoven composed music. Sweep the streets so well that all the hosts of heaven and earth would have to pause and say, ‘Here lived a great street sweeper.’”

5. Following the service, Dr. King attended a dinner at Kings House hosted by then Governor-General Sir Clifford Campbell and Lady Campbell and also made a surprise appearance at a reception at the home of the United States Agency for International Development (USAID) director to the delight of the 500 guests present. 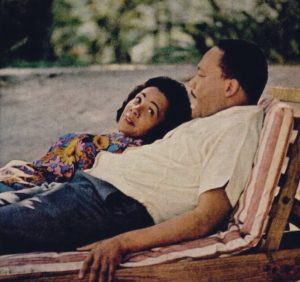 6. On the day following his sermon at UWI, Dr. King made a speech at Jamaica’s National Stadium where he was awarded the Keys to the City of Kingston.

7. Emphasizing his message of identity and belonging, Dr. King paid his respects to Jamaican National Hero Marcus Garvey, laying a wreath at his tomb and noting that Garvey had given African-Americans a “sense of personhood, a sense of manhood, a sense of somebodiness.”

8. Dr. King and his wife Coretta spent some ten days on the island, traveling all over what he perceived as a multiracial, non-hierarchical nation of many different groups. He said, “Here you have people from many national backgrounds: Chinese, Indians, so-called Negroes, and you can just go down the line, Europeans, and people from many, many nations. Do you know they all live there and they have a motto in Jamaica, “Out of many people, one people.” And they say, “Here in Jamaica we are not Chinese, we are not Japanese, we are not Indians, we are not Negroes, we are not Englishmen, we are not Canadians. But we are all one big family of Jamaicans.” Dr. King expressed hope that one day America would follow Jamaica’s lead. 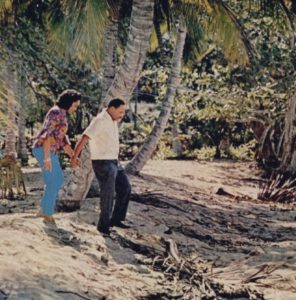 9. According to his former aide, former US Ambassador to the United Nations, Andrew Young, “Jamaica was one of Dr. King’s favorite places to visit.” Young said King visited Jamaica almost every year and that most of his books were written there.

10. An article in Ebony magazine included photographs of Dr. And Mrs. King on a vacation in Jamaica and reported that Dr. King, usually very neat and smartly dressed, “worked most of the time dressed in pyjamas, bathrobe and slippers . . . and often skipped a shave.” 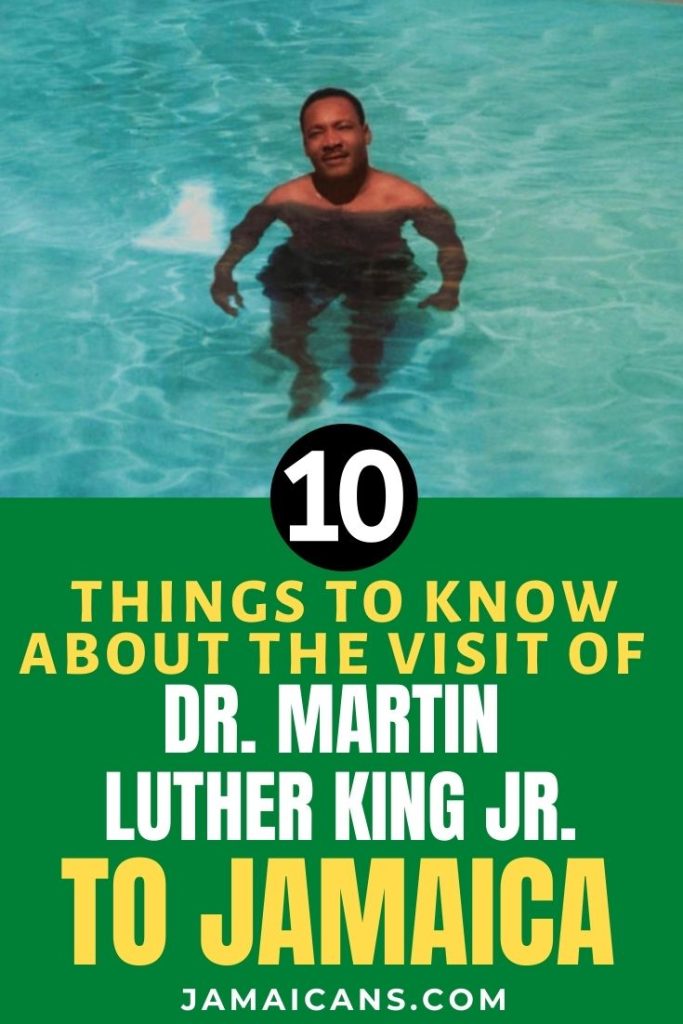