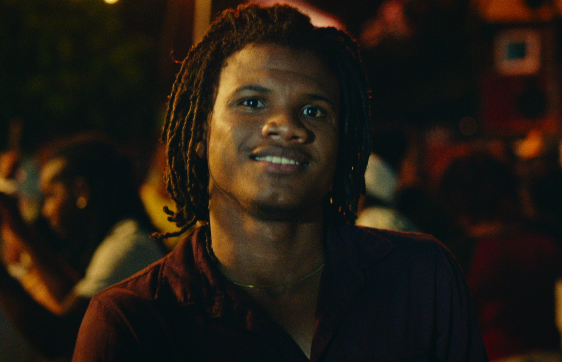 Dale Elliott is a 23-year-old upcoming actor and social media vlogger. With both his mother and father living and working abroad, he was raised by his grandmothers in the communities of Pembroke Hall and Harbour View. He then went onto Kingston College; one of Jamaica’s most reputable high schools. Naturally athletic, while at KC, he engaged in Track & Field as an extracurricular activity, representing the school at the prestigious annual Issa Grace Kennedy Boys and Girls Championships. He then began his studies at the University of the West Indies and he will attain his BA in International Relations with a minor in Management Studies in December of this year (2019).

Dale’s vlogging career started while he was completing his secondary education. To ease the pressure of the impending final exams, he would watch short videos on ‘Vine’ – the viral 6-second video sharing platform that was in vogue at the time. Dale decided that he, too, could make relatable content, and he quickly became popular. Under the pseudonym ‘Elli the Viner’, he gained 11 million Vine streams and was deemed as one of the most popular Viners in the Caribbean. As Instagram came onto the scene, Dale’s popularity transitioned with ease to the new platform, with his viral reach gaining much attention locally, and eventually saw him signed to an influencer management agency, STUSH Marketing – here began his foray into corporate Jamaica. From the STUSH platform, Dale began creating organic brand-centric content for companies such as telecommunications giant FLOW, worldwide fast-food chain KFC, Jamaican financial institution Jamaica National, and local environmental organisation Jamaica Environmental Association, among others.

His social media antics caught the attention of Jamaican film director Storm Saulter (Better Mus’ Come) via a video ‘Elli’ had created musing on the differences between Jamaican and American Olympic athletes, which also happened to show off Dale’s latent track and field skills. This led to Dale’s eventual casting in Saulter’s next feature film, Sprinter – a story about a talented track and field athlete who dreams of going abroad to see his migrant mother. Saulter was struck by how similar Dale’s life story was to his main character, Akeem Sharpe. Winner of 5 International Film Festival awards to date, Sprinter promises to be the start of a bright acting career for the young Jamaican.

1. What age did you start acting and performing?
I started to act and perform when I was 16 years old with vlogging. While preparing for exams in high school I’d watch short videos on ‘Vine’ during study breaks and then I decided to start making relatable videos to upload to the platform using the name ‘Elli the Viner’. I did really well. I obtained 11 million Vine streams and became one of the most popular Viners in the Caribbean. So when Instagram came about, I switched over with ease as I already had a large following. I got a lot of attention and ended up being signed to STUSH Marketing and this led to recognition from corporate Jamaica. I began creating content for companies like FLOW, KFC, Jamaican Financial Institution, Jamaica National, Jamaica Environmental Association, and many others.

In 2017, Storm Saulter (Jamaican film director – Better Mus’ Come) saw a video that I had posted about the differences between Jamaican and American Olympic athletes, which also happened to show off my track and field skills. Storm called me in to do an audition for his film, Sprinter. Storm was struck by how similar my life story was to his main character, Akeem Sharpe, and so I got the part. This was the beginning of a whole new world.

2. What sparked your interest?
My uncle wanted to be an entertainer. We were both in a motorcycle accident together and he died. So this is me expressing my gratitude to him.

3. What were your first thoughts when you read the script?
Wow, this is similar to my life story. Sprinter is a story about a talented track and field athlete who dreams of going abroad to see his migrant mother. Both my parents were abroad while I was growing up. I also have a background with track and field.

4. Did you face any challenges with the role? How did you overcome them?
The role wasn’t challenging because I had a background in track and field from high school. The challenging part was learning how to act because Sprinter was my first time acting on the big screen. I had help from the director and the other experienced actors on set. I also got proper preparation before we started shooting.

6. Is there an actor that you met on a set and you said to yourself, “Wow, I can’t believe I get to meet ___?”
When I met David Alan Grier and Bryshere Y. Gray.

7. What type of roles would you like to play in the future?
I would like to be in more athletic or action roles. I think I can give a good representation of a handsome, smart, hardworking, troublesome Jamaican man.

8. Who do you admire as an actor?
I admire Will Smith and Michael B. Jordan.

9. What is your favorite Jamaican dish?
Rice and peas and curried mutton with baked chicken.

10. A Jamaican expression you use all the time…
Jah know star.

11. My friend would say the strangest thing I do is…
Sleep with my eyes open.

12. If I were not an actor, I would like to be…
Somewhere in entertainment or a professional athlete.

FilmRise’s Sprinter will be available via Gathr’s Theatrical On Demand and in select U.S. theaters. Find out if a theater near you is showing Sprinter at www.sprinterthefilm.com.