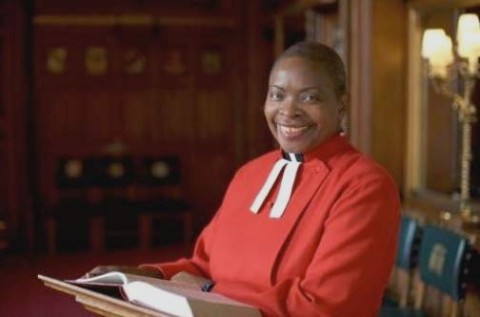 Three Jamaicans have been honored in the United Kingdom with appointments as Members of the Order of the British Empire (MBE). Yvonne Grant, the co-founder and administrator of the Open Arms Development Centre in Kingston; the Rt Rev Rose Hudson-Wilkin, Bishop of Dover; and Paulette Bolton, a nurse who ultimately earned three academic degrees after leaving school to take care of her dying grandmother. Were named as MBEs on The Queen’s 2020 New Year Honors List.

Grant is a British citizen who left Jamaica in 1962 to live in the UK. She has particular expertise in the field of community mental health. She returned to Jamaica in 1992 after serving as president of a Seventh-Day Adventist organization that provided community services to 18 small groups in East London and the south end of Essex. Once in Jamaica, Grant gained experience working at Bellevue Hospital, which was the only public mental health facility in the country. According to an article in The Gleaner newspaper, Grant stated that “taking care of the homeless was not by choice” but a calling from God.

Bishop Hudson-Wilkin was born in Montego Bay in 1961 and was raised there. She went to the UK in 1982 to attend Church Army College in the West Midlands. She was ordained as a deacon in 1991 and then ordained to the priesthood in 1994. She was appointed chaplain to The Queen in 2007 and became the first female named chaplain to eh Speaker of the House of Commons. In November of 2019, Hudson-White was consecrated as Bishop of Dover. She is the first black woman to serve in this position.

Paulette Bolton left Jamaica at the age of 16 to travel to the UK. She taught herself to read a write by consulting English dictionaries. Bolton, 68, received recognition for her service to patient care. Currently living in Sutton Coldfield in the UK, the BBC reported that she was surprised by receiving the MBE award. According to the BBC, during her childhood, Bolton was the caregiver for her grandmother who had suffered a stroke. After her grandmother’s death, she went to the UK to live with her father. When she was 17, she started to train as a cadet nurse, and despite her lack of schooling in her early years, earned degrees from Wolverhampton University, Birmingham University, and Sheffield University. She is a trained midwife, health visitor, and mental health nurse. She was one of the first qualified nurse practitioners in Birmingham Bolton is also the first Afro-Caribbean nurse appointed a nurse representative on the board of the Ladywood Primary Care Group.

Grant, Hudson-Wilkin, and Bolton are three of the 397 individuals who were named MBEs. The MBE is one of five classes of the Order of the British Empire, which is given to those who make exceptional contribution in the areas of arts and sciences, charitable organizations, or public service.