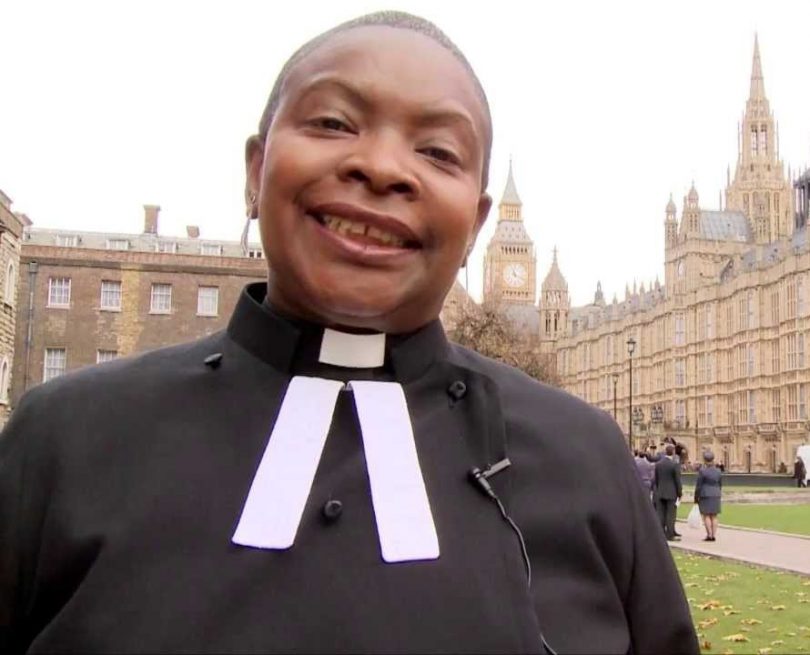 Jamaican Dr. Rev. Rose Hudson-Wilkin made history when she became the first black female to be consecrated as a bishop in the Church of England. She was consecrated as the Bishop of Dover during ceremonies in London at St. Paul’s Cathedral and she’ll be installed at Canterbury Cathedral on Nov. 30, 2019.

She was ordained as a priest in 1994, the first year that the Church of England allowed female clergy. She will succeed the Right Reverend Trevor Willmott who retired in May 2019.

Hudson-Wilkin was chaplain to the Speaker of the House of Commons from 2010-2019. The new bishop is also the first black female to hold the position of Queen’s chaplain and led prayers in May 2018 during the wedding of Prince Harry and Meghan Markle.

Hudson-Wilkins was born in Montego Bay, Jamaica on Jan. 19, 1961 and her mother left for England immediately thereafter. She was raised by her father and aunt. She didn’t meet with her mother again until she was nine years old and felt called to join the ministry at the age of 14.

The bishop attended the Church Army in 1982 and completed the West Midlands Ministerial Training course. She was made a deacon in the church at Petertide on June 30, 1991. Hudson-Wilkins served as the parish deacon of St. Matthew’s Church, Wolverhampton, from 1991-1994.

She went on to serve as assistant curate of St. Andrew’s Church, West Bromwich, from 1995-1998 and also worked with the Committee on Black Anglican Concern that was established to combat racism in the Church of England. She was the vicar of Holy Trinity Church, Dalston, and All Saints Church, Haggerston in Hackney in 1998.

Hudson-Wilkins was appointed Champlain to the Queen in 2008 and appointed Chaplain to the Speaker of the House of Commons in 2010. She was made a prebendary of St. Paul’s Cathedral in March 2013 and became Priest-in-Charge of St. Mary-at-Hill, City of London, in Nov. 2014.

Here is an interview with Dr. Rev. Rose Hudson-Wilkin 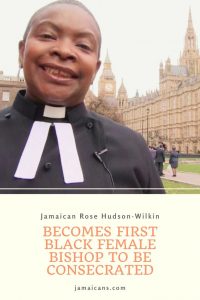