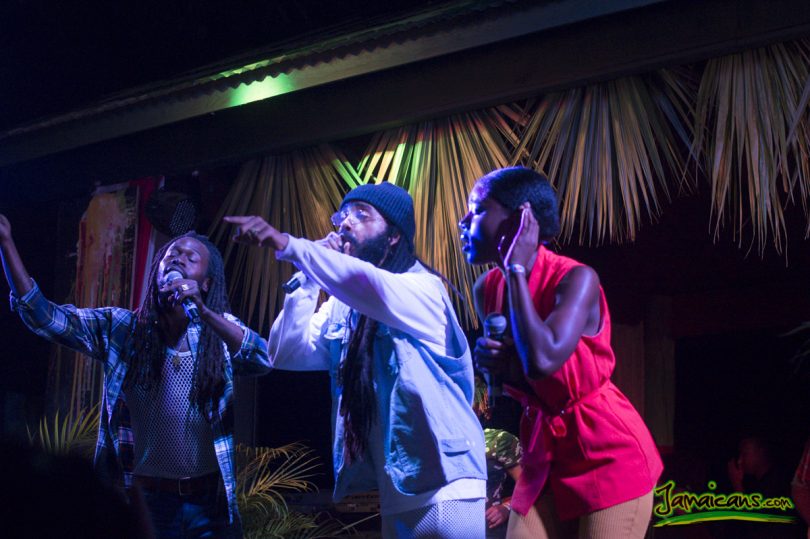 That’s the word to describe our experience at the recently held Tmrw. Tday Culture Fest in the casual capital of Jamaica, Negril.

Think about sun, sand and se…..serenity! This part-retreat, part-culture festival started on April 30 and wrapped on May 5 and it offered the perfect blend of personal development classes, yoga sessions, nightly entertainment and the best in Jamaican novelties on show at the day-time craft village.

This was my first time attending the festival with Jamaicans.com photographer, Jeana Lindo and while we were just in time to catch the events on this year’s itinerary held at Woodstock Bar and Grill on Norman Manley Boulevard, it was a spectacular culture learning and psychologically-enriching experience! 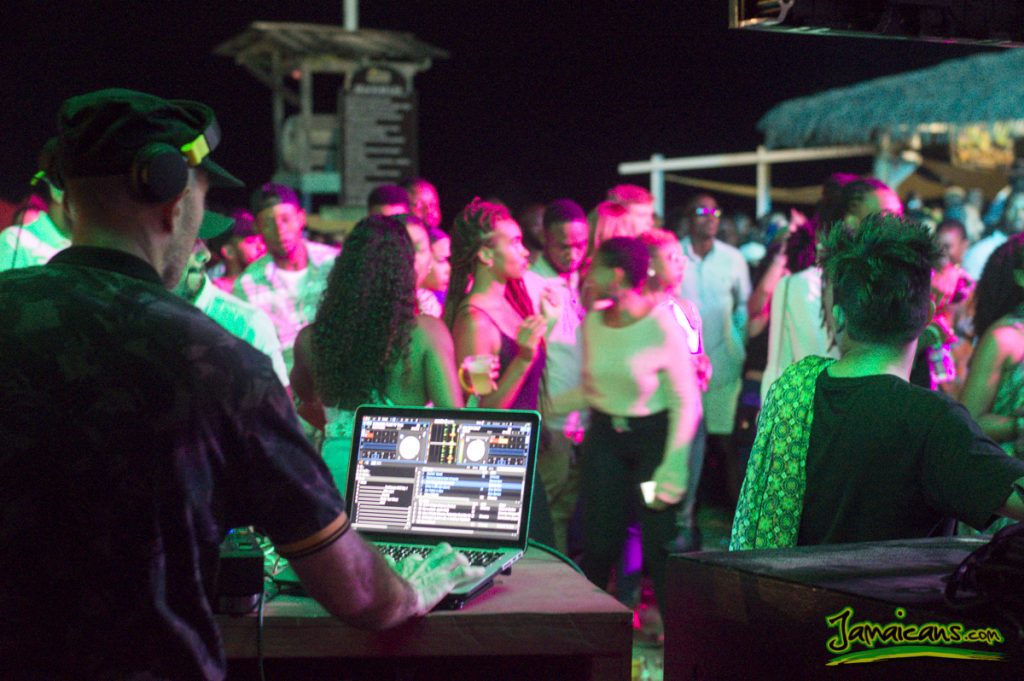 According to the organizers, who were celebrating its 3rd staging in Negril, the festival serves to bring ‘Tribers’ from different parts of the globe together so they can reconnect with their inner passions, identify and accept their life’s purpose and spread loving energy all around.

Here are three highlights of our experience at the 2019 Tmrw. Tday Culture Fest

Backed by the Indiggnation Band, Grammy-nominated Reggae Superstar Protoje was the headliner on the 5th day of the festival and he certainly moderated the choir (the audience) of Reggae lovers in a sing-a-long to his best hits including those from his very first album. 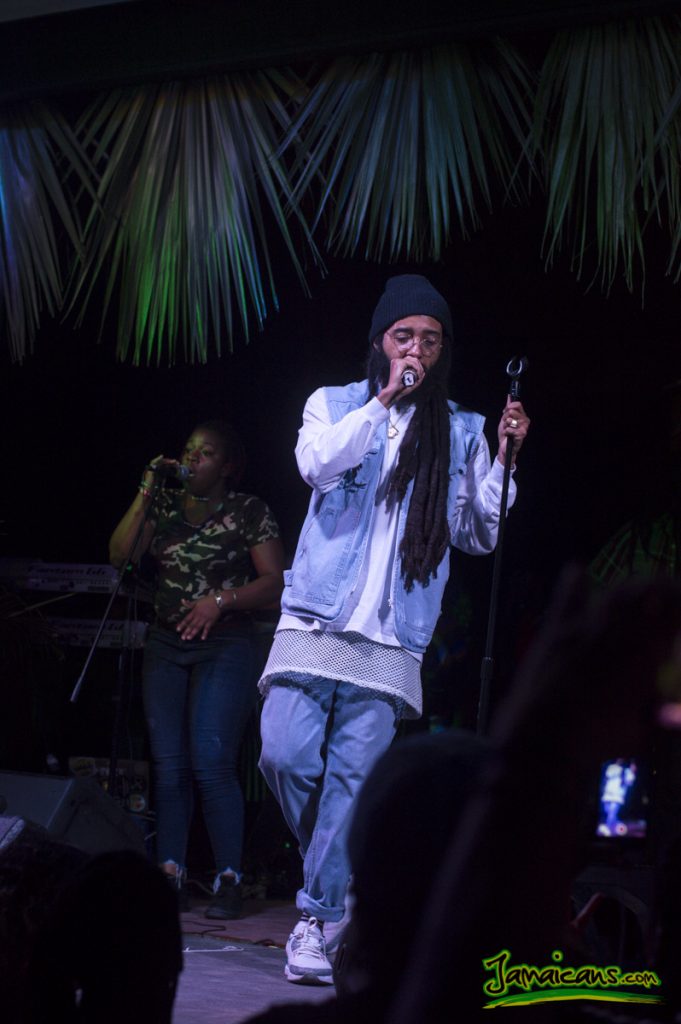 It was sheer joy to watch he and his friends in music, Sevana and Jesse Royal, spit the lyrics of their popular track, ‘Sudden Flight’. Both artistes also spent a few minutes on stage to deliver performances from their catalogues, including sneak peek of their new music!!!

One of his musical children, Lila Ike joined Protoje on stage for a soulful performance of their fresh collab, ‘Not Another Word’ with Agent Sasco (Sasco wasn’t at the festival).

Earlier in the show, Carlene Davis and Tommy Cowans’ pride and joy and fast-rising Reggae star, Naomi Cowan delivered an energetic medley of Jamaican oldies but goodies. She was accompanied by newcomers Zia Benjamin and Jaz Elise to the delight of many patrons who longed to hear those songs. 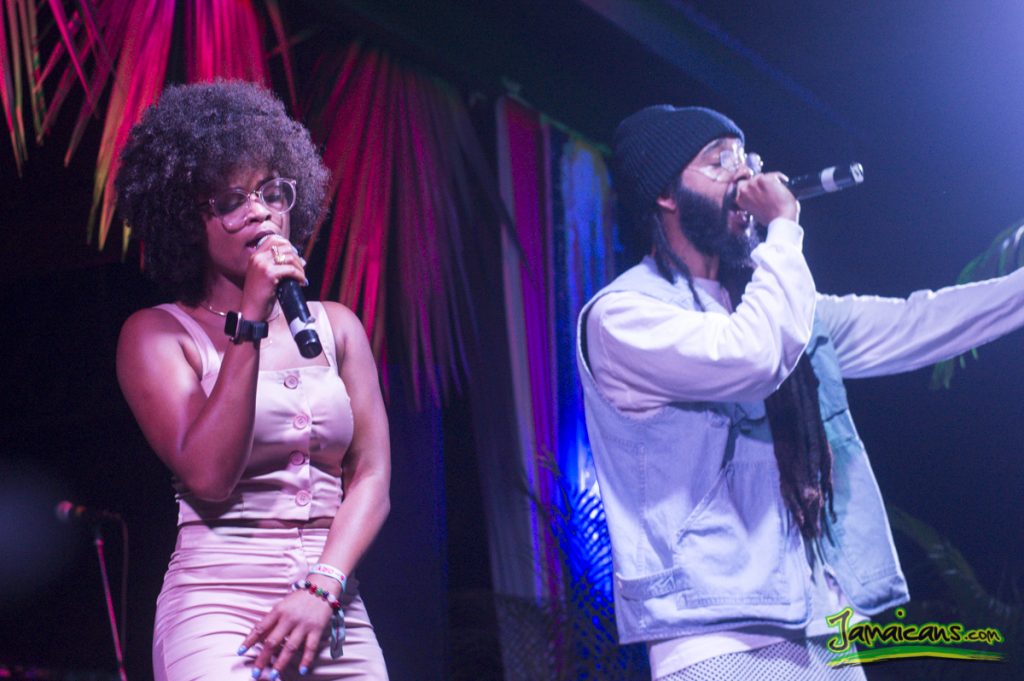 Lila Ike and Protoje during their performance of “Not Another One” 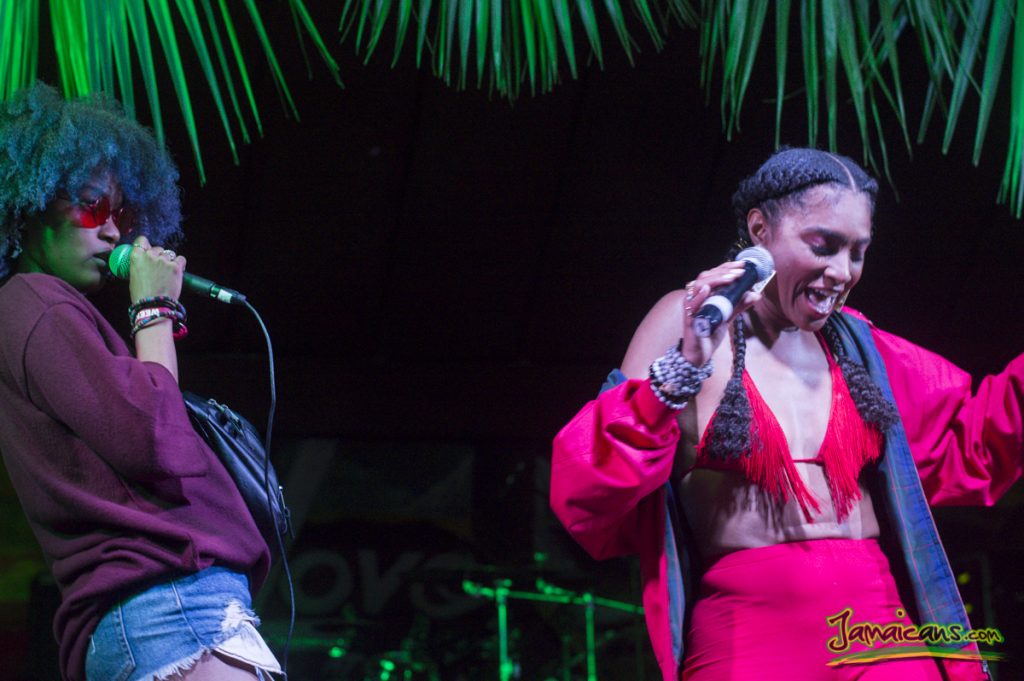 (L-R) Jaz Elise, Zia Benjamin and Naomi Cowan pose for quick photos at the close of their set on concert night 5 at 2019 Tmrw.Tday Culture Fest in Negril

Whether you are a yoga junkie or you have never tried it, the yoga sessions were fun at the festival! 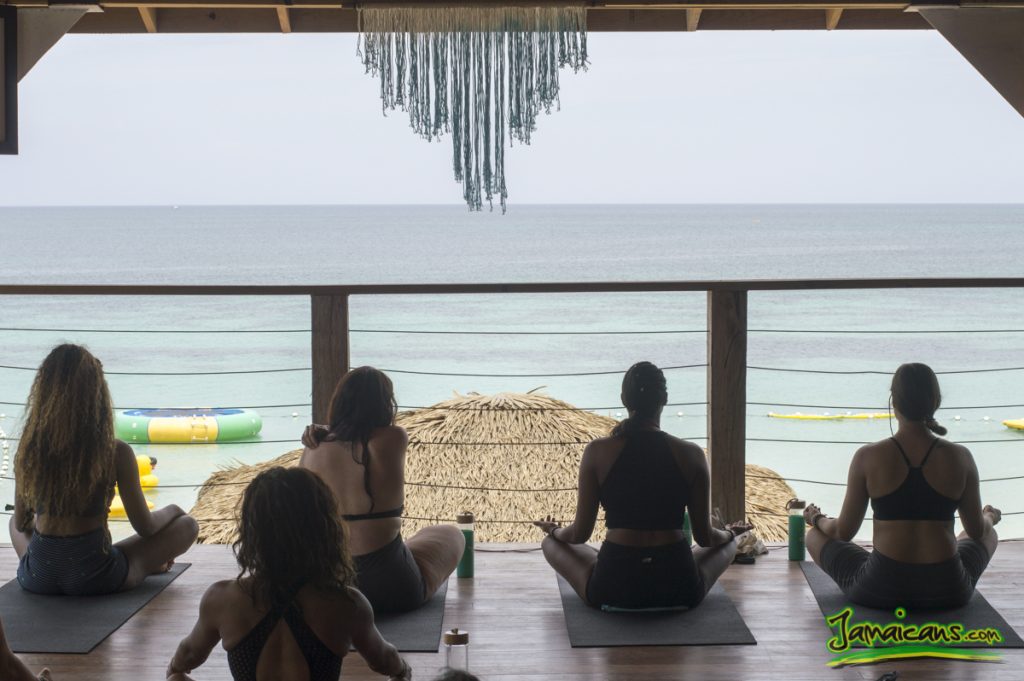 Tribe Leaders (the title bestowed on most instructors and trainers at the Festival) led large classes of attendees through a series of refreshing lessons at the Irie Soul Beach Studio, overlooking the beach and the pristine blue waters of the Caribbean Sea. And according to some of the attendees who participated, the sessions really left them feeling rejuvenated. Our photographer, Jeana Lindo spent a few minutes participating in the ‘Yoga for Manifestation class’ with Dylan and Krystal Chong. 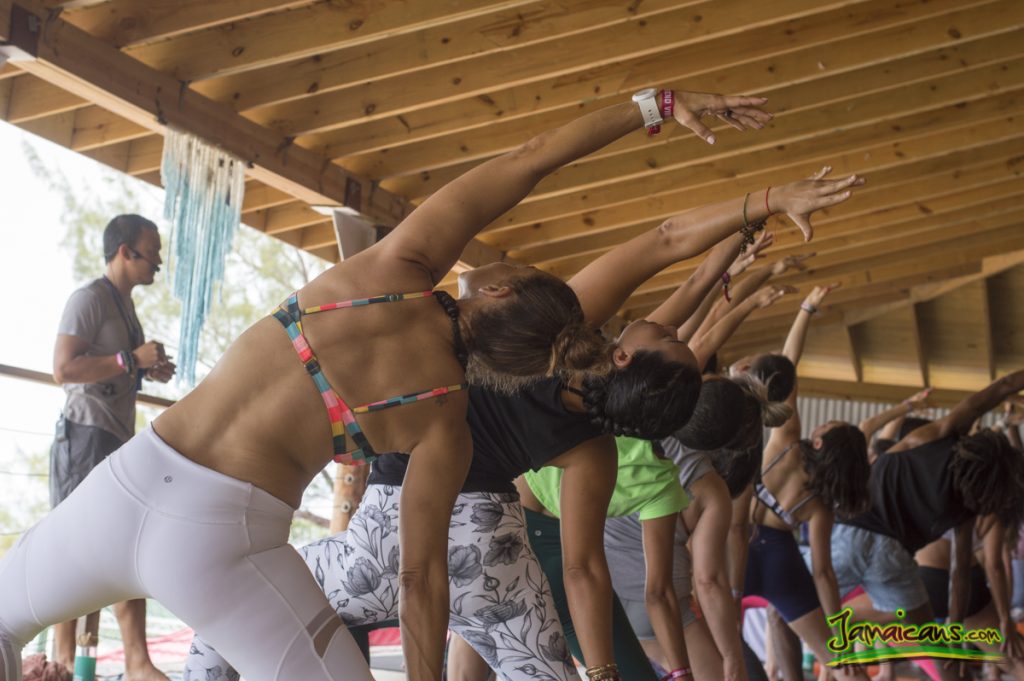 While all the vendors at Tmrw. Tday Culture Fest were not Jamaican-born, the craft and art showcase was incredible! Of course, Jeana and I (because we’re slightly biased) spent a longer time perusing the booths of hand-made souvenirs, jewellery, and clothes made by Jamaican craftsmen and women. I got a deal on a beautiful stone and beads necklace and Jeana…well, let’s say she got enough novelties to keep her until the 2020 staging of the festival (laughs). All in all, we had the most fun at this year’s staging of the Tmrw. Tday Culture Festival and we’re excited about the 2020 staging. 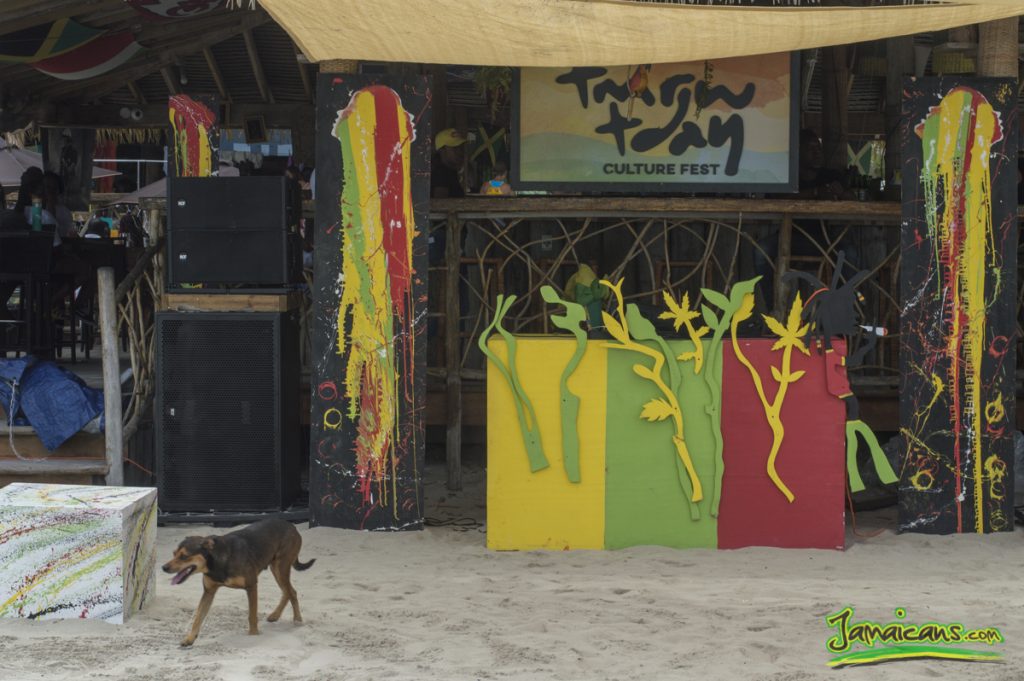