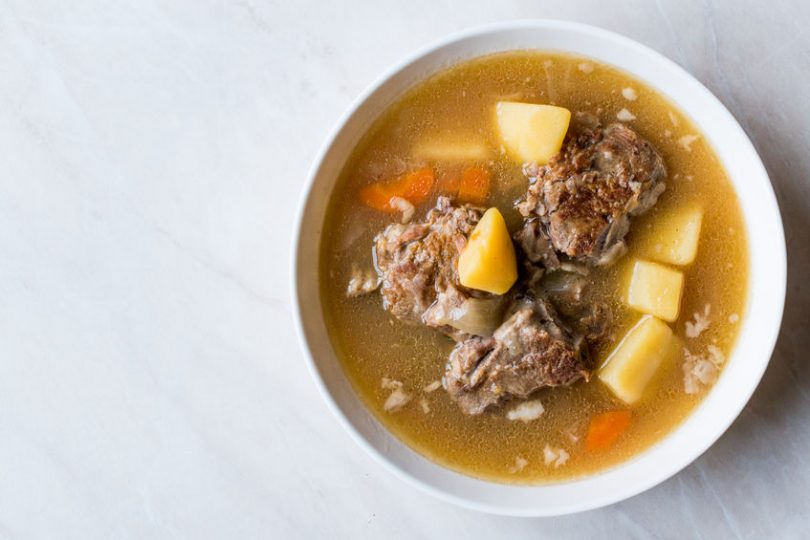 The cuisine of Antigua includes saltfish, rock lobster and other seafood that is plentiful in the Caribbean. The local diet has evolved over time to include foods from Jamaica like jerk chicken an from Trinidad such as roti. Restaurants have also started to offer Middle Eastern foods such as kebabs, and Chinese eateries are becoming mainstream. However, for visitors who want to taste the authentic local flavors, the dishes below offer a good introduction. Breakfast on Antigua always includes saltfish, a salt-cured and dried white fish, typical cod, which has been flaked and sautéed with onions and peppers. Along with the saltfish, breakfast features avocados, hard-boiled eggs, plantain, and “mash” of vegetables like okra, pumpkin, eggplant, and spinach. Breakfast may also be served with fungee, a dish similar to polenta that complements the strong flavors of the saltfish. No one leaves the table hungry after this traditional meal.

A dish similar to tamales in which sweet potatoes are grated and mixed with coconut, pumpkin, cinnamon, and other seasonings before it is wrapped in a banana leaf and boiled in water. The result is this dense and slightly sweet dumpling, which provides an excellent side to saltfish It is often served at breakfast as it is similar to fungee, but because it is made of sweet potatoes, it has much more flavor. Sweet potatoes have been cultivated on Antigua for centuries, beginning with the Arawak people, and are a staple of the island’s cuisine.

The “water” in this case refers to a flavorful soup or stew made on Antigua. Goat water is a hearty stew made with goat meat that features the flavors of cinnamon and cloves. It can be difficult to find in restaurants on days other than Saturday but is highly recommended and worth the wait.

Beer is not the first beverage generally associated with the Caribbean, which is better known for its rum, However, this beer is unique to Antigua. It is brewed on the island, and its name derives from the old term for the Antiguan people. Waddill is a sweet and light lager beer that is the perfect drink for a warm Antiguan evening on the beach. The beer is not distributed widely in the Caribbean, so it represents a true Antiguan treat.

Seafood on Antigua is some of the best, and conch is one of its most popular meals. The flesh of this mollusk is slightly chewy and similar to clams. It is prepared in curries, fritters, chowders, and even raw in ceviche’s. Locals and tourists alike favor conch dishes, which are readily available in restaurants all over the island.