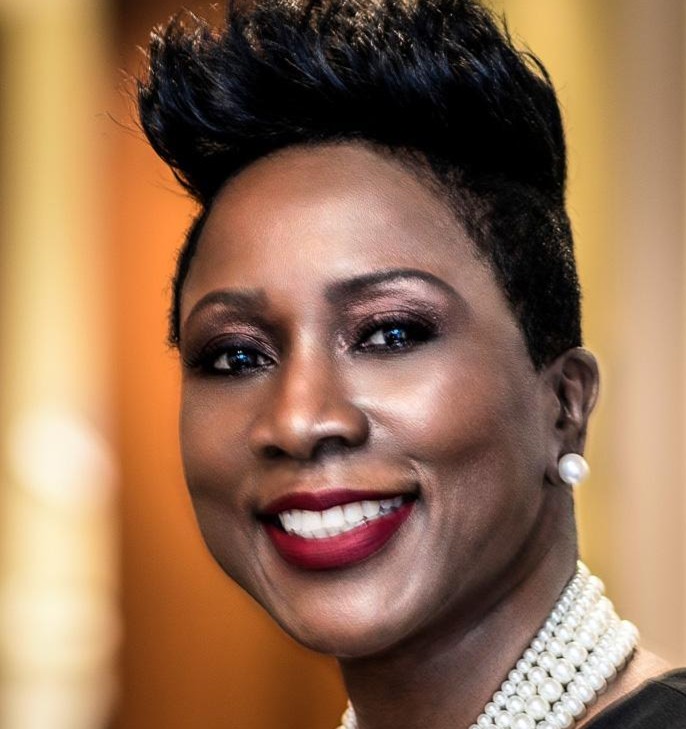 Alrene Richards Barr is the Director of International Business at Hartsfield-Jackson Atlanta International Airport (ATL). In that role she is responsible for promoting Hartsfield-Jackson Atlanta International Airport, the world’s busiest and most efficient airport, as well as the City of Atlanta globally. In her duties, utilizes networks and processes to collaborate, connect and communicate with airlines, airports, and travelers globally, to promote Atlanta’s airport and the City of Atlanta. Her network include economic development agencies, such as Georgia Department of Economic Development, Invest Atlanta, local chambers of commerce, and bi-national chambers of commerce; aviation, travel and trade associations such as Airports Council International, Caribbean Tourism Organization, World Trade Center, World Affairs Council, UNITAR, CIFAL Atlanta, and a host of foreign affairs agencies including various Consulates and Embassies. Those processes include speaking engagements at conferences, tutoring aviation professionals in developing countries and social networks like FaceBook and Instagram; especially to connect with millennial travelers and business owners.

Ms. Barr has been recognized by the Atlanta Tribune as a Woman of Excellence in the State of Georgia; Jamaica Diaspora Southern United States as a Jamaican Diaspora Torch Bearer; The Caribbean American Cultural Arts Foundation as a Distinguished Captain of Industry; St. Hugh’s High School Alumnae Association, Atlanta Chapter for Unwavering Support; Atlanta Jamaican Association for the Honorable Vin N. Martin, O.D. Community Service Award; Airports Authority of Jamaica, Jamaica Civil Aviation Authority, and Aeronautical Telecommunications Limited for the Aviation Trailblazer Award (the first and only female awardee); and Georgia House of Representatives in HR 843 for Outstanding Public Service.

Ms. Barr has committed her professional skills to the betterment of communities locally and around the world. She is an active board member of the Swedish-American Chamber of Commerce, the Atlanta-Montego Bay Sister Cities Committee, and is a volunteer-instructor to airport managers, and having trained over 3,000 airport leaders worldwide in several developing nations including The Gambia, Malawi, Liberia, and Suriname just to name a few.

Ms. Barr and her husband Ronald have two children, Alana and Marshall, and live in metropolitan Atlanta. 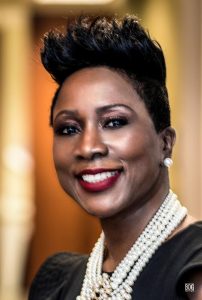 What is your connection to Jamaica? Have you been involved in the Jamaica Diaspora Movement or Jamaican related organizations before?

I was born and raised in Kingston, Jamaica. I am the fourth of five children born to Alvin and Nerissa Richards. I attended St. Hugh’s High School which provided me with a structured education, a foundation that permitted me to function in a high-paced, changing environment, and was the building block for early leadership. While I have not been an official member of the Jamaica Diaspora Movement (JDM), I feel that I have spent my adult life promoting the very causes of the movement, and I would be remiss if I did not give some of that credit to my mentor, the late Honorable Vin N. Martin, O.D., the former Honorary Consul of Jamaica in Atlanta. He was the epitome of the term servant leader and a person whose example I am humbled to follow. Specifically, I have pursued the objectives of the JDM over the years through my work and collaboration with JDM itself, the Atlanta-Montego Bay Sister Cities Committee, Benevolent Missions of Atlanta, the Atlanta-Jamaican Association, Jamaican Chamber of Commerce of Atlanta, and collaboration with the Airports Authority of Jamaica and Jamaica Civil Aviation Authority.

If elected what will be your main goal in this role for your constituencies?

The future of Jamaica and the Diaspora lies in the hands of the future generation, but the culture is anchored in the knowledge and experiences of the country’s adult community. It is crucial that we promote the knowledge and experience and pass it on to the future bearers of Jamaica’s culture and heritage. That is why my focus will be to connect to various networks of Jamaicans so that they are communicating with each other about issues affecting Jamaicans inside and out of the country. The networks I plan to connect are the Jamaican High School Alumni Associations, the Jamaican College Students Organizations, the Jamaican Chambers of Commerce and the various Jamaican Civic Associations. This will be done through my active contribution of current issues to the existing communication networks of these organizations.

Many in the Jamaican community abroad don’t know much about the Jamaica Diaspora movement and its goals. What will you do to change this perception and get all Jamaicans in the Diaspora involved?

In the 21st century, among the most effective ways to get people involved is through social media. It is real-time communication and permits instant exchange of ideas. I will collaborate with the Jamaican High School Alumni Associations, the Jamaican College Students Organizations, the Jamaican Chambers of Commerce and other Jamaican Civic Associations to encourage their members to connect with me so that they can post their ideas, concerns and recommendations. These will then be shared with the stakeholders whether in the public domain or private domain to both solve problems and promote the interest of the Jamaican people.

Recently there have been some who have expressed concerns about not having a voice and too much government involvement in the new The Global Jamaica Diaspora Council format that is being adopted. Do you have any thoughts on this?

Jamaica has had a long history of successful collaboration between the public sector and civil society. It is crucial for that balance to continue. Government’s involvement ensures that the promotion of the Diaspora and the benefits that flow from it, benefit Jamaicans of all classes and circumstance and not just a privileged few as sometimes occur in civil society when civil society is influenced by the ruling class.

Is there a cohesive goal for the Jamaican Diaspora that people can rally around?

I cannot think of a more laudable goal than that of the Global Jamaica Diaspora Council; which is to facilitate more effective engagement between Jamaica and the Diaspora for national development. This is what we should rally around.

Thanks for your time and all the best in the election. Do you have any closing thoughts?

I really could not think of a better way to honor the legacy of my mentor the late Honorable Vin N. Martin, O.D., than the pursuit of service to Jamaica and Jamaicans through the framework and work of the Global Jamaica Diaspora Council; it would truly be humbling.