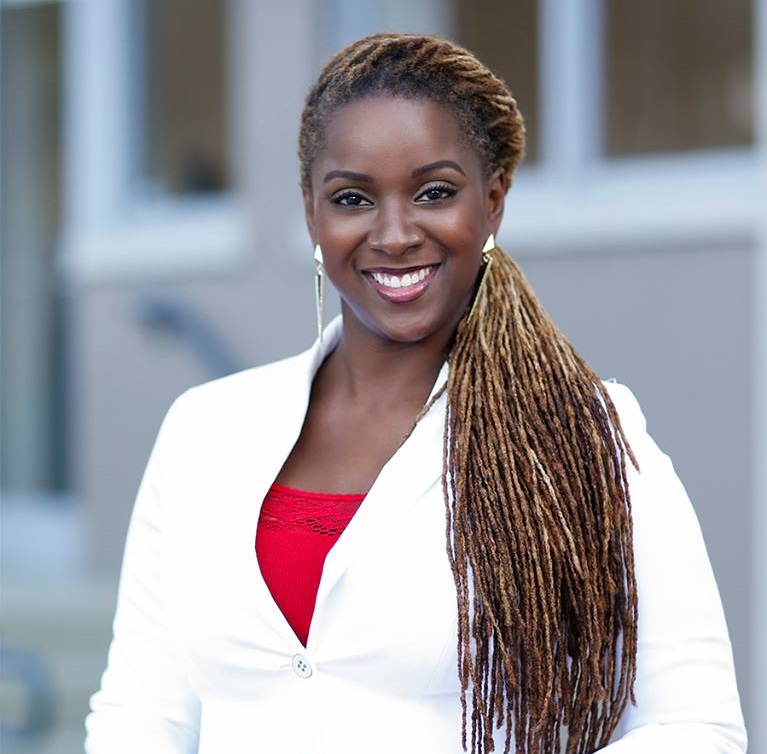 Calibe Thompson is a regular contributor to Jamaicans.com. She started off as the host of our video news segment, then did entertainment news as well, our news podcast for a minute, then went on the host the Caribbean Diaspora Weekly in South Florida and in the Caribbean. But how many of you knew she was also the producer and lead editor for many of these projects?
People laugh when they see that her business card lists her as “Head Dread” at Blondie Ras Productions but she knows they probably won’t forget. She has now become the first Jamaican producer to get a national series on PBS stations nationwide. Jamaicans.com asked her about her newly acquired success. 1. How did you achieve this milestone of getting the first Caribbean cooking series on PBS?
It took a village! First and foremost, we came up with an idea to create a cooking series with a bit of a story line to it, that was fronted by someone with a great personality. Then we ensured that, even with limited resources, the quality of every aspect was the best we could achieve. It took a while to make the right connections but when we got them, we had a strong pilot ready to show, and a small team ready to get the job done. Many folks pitched in with resources and connections.
On the production side, Lukkee Chong who used to produce Island Stylee was a big part of the support system. On the financial support side, we couldn’t have got the project to air without the help of the Jamaica Tourist Board. But overall the formula is always the same. Quality, persistence and luck.
2. What is your process in creating a new TV show?
I try to think about who the viewer should be, what other TV shows they might enjoy. I look at the structure of those shows, the types of subjects they cover and the format they use. I come up with my ideas, then talk to other people who might be a part of the project to see what they like and what they don’t like about the concepts. A few times throughout the editing process, I’ll send out a draft of an episode so I can get direct feedback from possible viewers. You’ll always get complaints but you’ll know when it’s ready to go for the most part when the majority of people in your group come back to say they would definitely watch this. 3. As a woman, what motivates you to be successful? Or are you just lucky?
I’m not sure anything is as a woman, but as an individual with a goal in mind, that goal drives me. My focus is bringing Caribbean culture to an international audience. I work hard, it’s not about luck. Luck truly is when opportunity meets preparedness. I’m motivated by knowing that there are many opportunities on the horizon and that myself and my team need to be prepared for them.
4. What is your advice to other young women striving for success?
Don’t let anyone else’s opinion define what you choose to do. You should let it inform certain things if you respect the opinion, but I find people often project their own insecurities and life experiences on you when the reality is, as we say in Jamaica, puss and dog nuh have di same luck.
Don’t be afraid to hear no. That just means you may have to work harder and try longer to get what you want. And be prepared for people to be annoyed and impressed by you at the same time because you have chosen to be relentless. That doesn’t mean stalk people who have told you to go away, but it does mean standing firm in your conviction and letting the right people know you mean business.
5. What is the next television project we’ll see from Blondie Ras Productions?
We’re working on a special for the month of June. A look at some of our most successful Caribbean sons and daughters who may have had impact on a national scale in the US or Canada or another major non-Caribbean region. We’re excited to get started on that and to use it as another springboard to share our culture with the mass market.