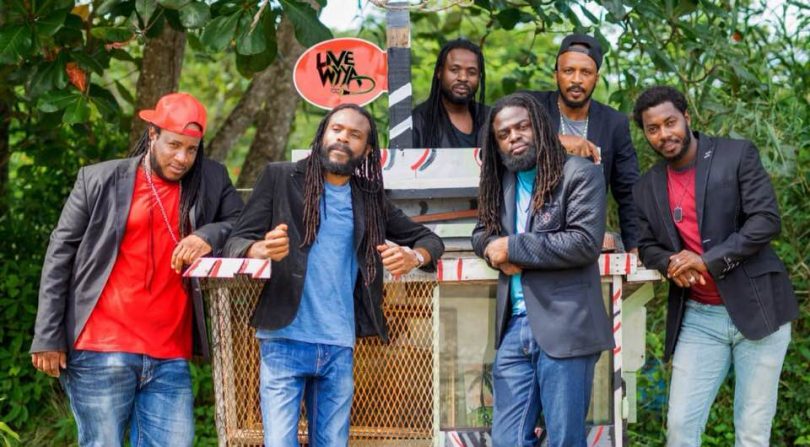 The ‘Live Wyya Band’ is tremendously popular within their native Jamaican environment, and is also one of reggae music’s most selected international band of emissaries. Their songs boast a varied list of music that spells determination and an extreme source of self-development. These songs have granted them the ability to culturally promote passion and emotion all over the world. Live Wyya is a roots rock reggae group of high inspiration, whose aims and objectives are to teach and educate the populous through music. Live Wyya’s outstanding ability to produce quality works and list of accomplishments have allowed them to emerge as Jamaica’s number one band. Live Wyya’s achievement is incomparable and is the driving force of the exceptional works they have been able to produce. Their current performance list of musical works includes an exceptional catalog. Live Wyya has provided musical accompaniment for over 95% of all major Jamaican artists on all major events and has made their name synonymous to all reggae patrons around the world. Live Wyya has decided to take their music careers to a much higher level, thus stamping their name and class on the world stage as a self-contained show band. Live Wyya is here to motivate, educate, and entertain. Loved by many around the globe, Live Wyya’s music and energetic performances bring the Jamaican sunshine, happiness, and love to all.

1. How did the band get started?
Live Wyya was formed at the end of 1999, by Carl Edwards and Arnaldo Bolt. We, the Live Wyya members, all know each other from the hotel circuit. Having the same goals and dreams propelled us to keep Live Wyya moving forward.

2. What different backgrounds are represented in the band?
Live Wyya is a roots rock reggae group of high inspiration, high energy, and positive music.

3. You guys have been acclaimed as one of the bands that are bringing back roots rock reggae. What are your thoughts on that?
We are happy for the distinction as this is our lifestyle and we love what we do!

4. Who and what are some of the band’s influences?
Even though we are a roots rock reggae group we draw inspiration from all genres, from R&B, hip hop, and country to name a few. Some artists that influence us are, and not limited to, Peter Tosh, Bob Marley, Burning Spear, Culture, Buju Banton, Gregory Isaacs, and James Brown.

5. The band has released a few EPs recently. When can we expect an album to be released?
Our latest project is our third album called “Back to the Roots” that features a few well-known reggae artists and came out on April 25, 2019.

6. The band has shared the stage and backed quite a few of the most popular reggae artists. What is one of your most memorable performances with a popular reggae artist?
We have performed on most major shows: Rebel Salute for twelve years, Reggae Sumfest, Sting, Rototom Festival in Spain, Irie Jamboree in New York, Japan Splash, Reggae on the River, Love Fest in St. Lucia, and the Sierra Nevada Music Fest just to name a few. We don’t have only one memorable experience, as all of the opportunities we have gotten have been memorable to us and the artists we have backed.

7. Do you have any upcoming tours planned?
Our upcoming tour is the LIVE WYYA US TOUR 2019. We tour the United States in June to July and we are also accepting bookings at this time. You may book with us by emailing [email protected] or calling (321) 234-4094.

8. What country would you love to tour next?
We would like to go to Dubai and China.

9. Thanks for your time. Do you any closing thoughts?
Our aim is to constantly push our positive music to the world as we feel we were destined for this life. We give thanks for all the love and devotion from our fans, well-wishers, and the amazing team that helps to pull it all together. Gratitude is a must!