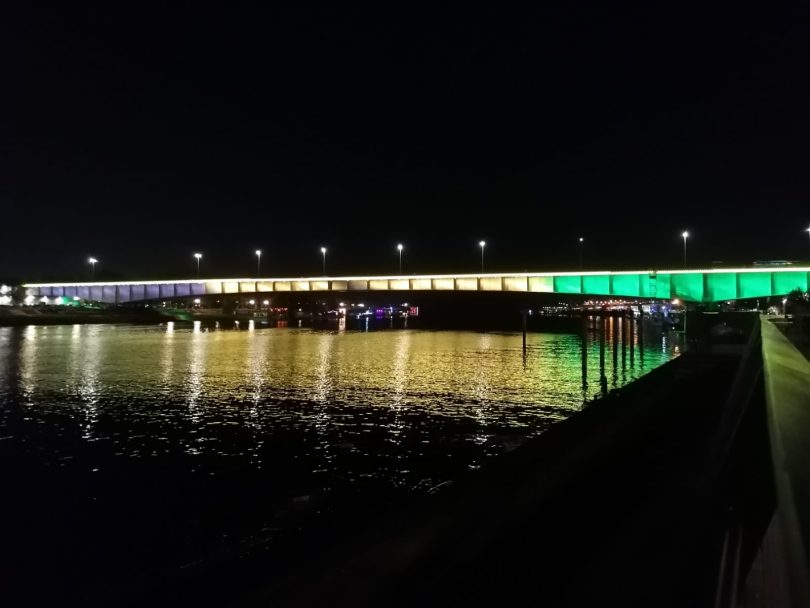 The main bridge in Belgrade in Serbia, Branko’s Bridge, was lit up in the colors of the Jamaican flag on August 6, 2022, to honor the island’s 60th anniversary of independence. In discussing the event, Mirko Miljus, the Honorary Consul of Jamaica in Serbia, stated, “The main bridge in Belgrade (Branko’s Bridge), which connects New Belgrade and Zemun with the old part of the city, is lit up from time to time on special occasions with different colors. We considered that the Jamaica’s 60th Independence Day was a special occasion, and in that sense we approached the relevant city services. Bearing in mind the good friendly relations between Serbia and Jamaica, we quickly received the approval and support of the competent city institutions.” 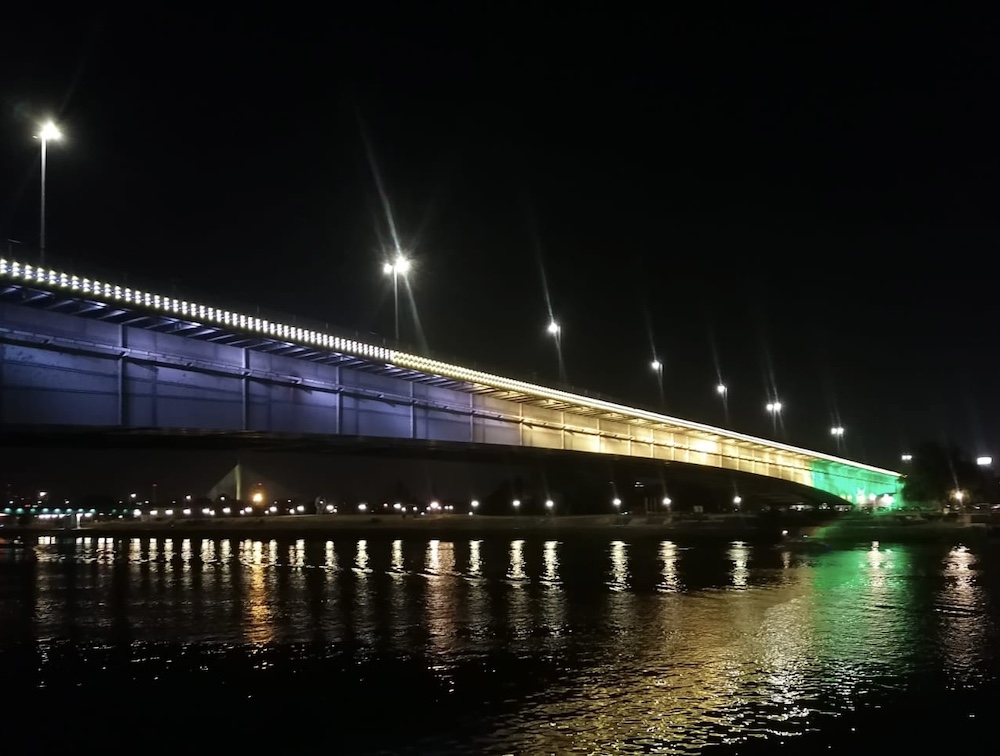 A video showing the lighted bridge went viral on social media, with Twitter users leaving comments such as “Wi larger dan wi know!,”Big up yuhself Serbia!,” and “Love you too Serbia.” Comments from viewers on Facebook included, “Wow! That’s awesome! Wi likkle but wi tallawah,” “This is such a beautiful gesture from Serbia. Thanks a lot,” “Thank you Serbia for celebrating with us,” and “Jamaica is really to the world, Thanks Serbia.”

Serbia was not alone in marking Jamaica’s 60th independence anniversary. The black, green, and gold colors of Jamaica also lit up Niagara Falls in Canada on August 6, 2022. The lighting represented part of the months-long Jamaica 60 celebrations that culminated in a Grand Gala. 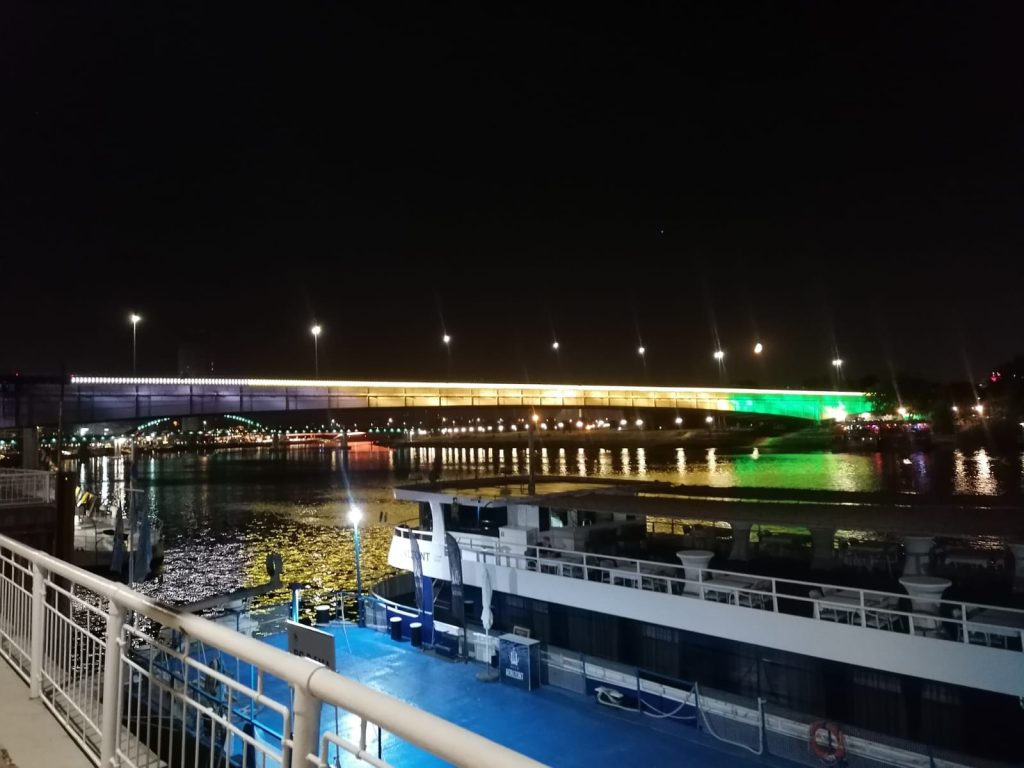 Branko’s Bridge, the second-largest in Belgrade, links the city’s center with New Belgrade across the Sava River. It was built in 1956 on the foundations of the King Alexander Bridge, which was built in 1934 and destroyed in World War II. The Branko’s Bridge utilizes the lower portions of the former bridge’s pylons, which were decorated by Ivan Meštrović, a Croatian sculptor, architect, and writer. It is 450 meters (1,480 feet) long with a central span that is 261 meters (856 feet) long and side spans measuring 81 meters, or 266 feet, each. Some 90,000 vehicles cross the bridge every day.