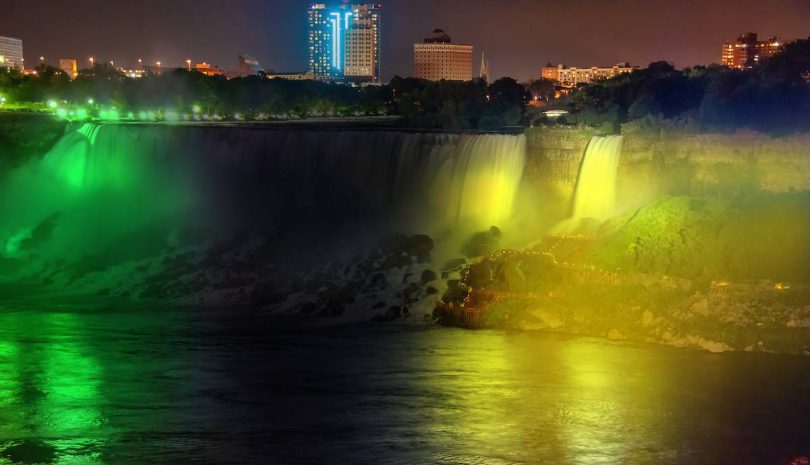 Jamaica’s Minister of Culture, Gender, Entertainment, and Sport, Olivia Grange, announced earlier this year that the black, green, and gold colors of Jamaica will light Niagara Falls in Canada on August 6, 2022. The lighting will be part of Jamaica 60, the months-long celebration of the 60th anniversary of Jamaica’s Independence, which will culminate with the Grand Gala on Independence Day on August 6.

Grange said that the 60th-anniversary celebrations will begin in early July and that the Emancipation and Independence period will include considerable pomp and pageantry. She added that technology will be utilized to link Jamaicans in the Diaspora with Independence Day activities in Kingston’s National Stadium; “Watch Parties” will be featured in the main communities of the Diaspora around the world, including in Canada, the United States, and the United Kingdom.

Minister Grange noted that the public will be able to track what is happening at the Grand Gala in real-time, while also being able to share the various celebrations of Jamaica’s Diamond Jubilee. The celebration will include seeing Jamaica’s color light up Niagara Falls and the fireworks that will mark the occasion.

Grange asked Jamaicans to join her in committing to celebrating the independence anniversary “with a fire burning in our hearts” that will give energy to the nation’s people, but also to building Jamaica’s reputation as a location of choice for living, working, and raising families. She noted that when the black, green, and gold flag was raised on August 6, 1962, Jamaicans worldwide were “fired up” as the country moved toward greatness. This is the kind of fire that she wants to see re-ignited for Jamaica 60.

Grange made her remarks at the launch of Jamaica 60 Canada at a ceremony attended by other dignitaries, including Sharon J Miller, High Commissioner for Jamaica to Canada; Lincoln Gm Downer, Consul-General for Jamaica in Toronto; Councilor Michael Thompson, Deputy Mayor of the City of Toronto, and Dr. Rosemarie Moodie, OD, Jamaican-born Senator of Canada.

The attraction known as Niagara Falls comprises three waterfalls that span the border between Canada’s Ontario province and New York State in the US. The largest of the falls is Horseshoe Falls, which is located on both sides of the international border between the US and Canada. It is also called Canadian Falls. The three falls have a vertical drop of over 160 feet, and over 5.9 million cubic feet of water goes over the crest every minute. The falls were first illuminated on September 14, 1860, when 200 lights were placed to mark a visit from the Prince of Wales. Electricity was first used to light the falls in 1879.