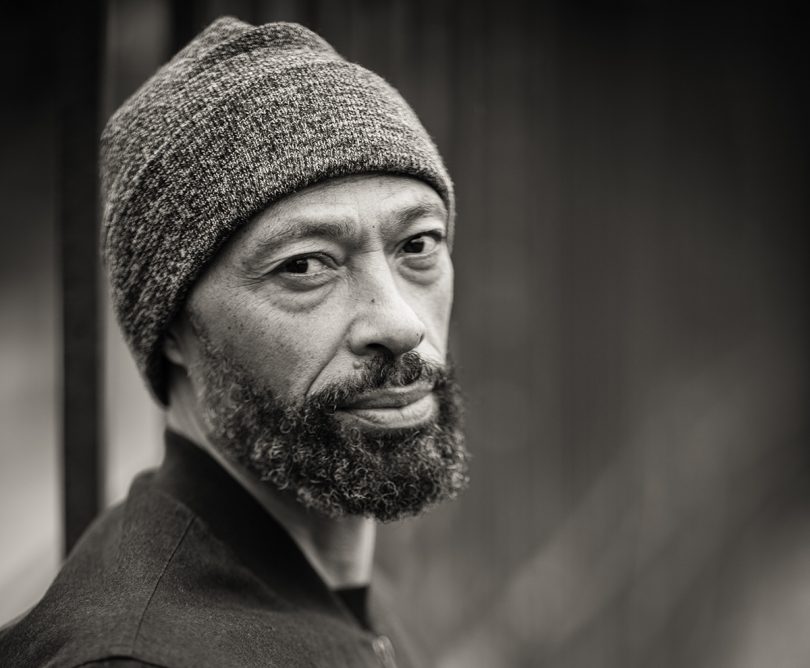 Desmond Hall was born in Jamaica, West Indies, and moved to Jamaica, Queens. He has worked as a high school biology and English teacher in East New York, Brooklyn; counseled teenage ex-cons after their release from Rikers Island; and served as Spike Lee’s creative director at Spike DDB. Desmond has served on the board of the Partnership for Drug-Free Kids and the Advertising Council and judged the One Show, the American Advertising Awards, and the NYC Downtown Short Film Festival. He’s also been named one of Variety magazine’s Top 50 Creatives to Watch. Desmond lives outside of Boston with his wife and two daughters. He is the author of the novel “Your Corner Dark“. Here is our conversation with Desmond.

What inspired you to write a novel?
When I was in high school, I was blown away by Upton Sinclair’s novel, THE JUNGLE. The book exposed a lot of corruption in Chicago’s meat packing business in the mid 20th Century, and led to a lot of changes in that industry. From that time on I wanted to write a novel, but my road to get here was long and winding.

Tell us about your novel “YOUR CORNER DARK.” Are any of the themes from the film “A Day in Black and White,” explored in the novel?
My protagonist, Frankie Green, a Jamaican teen who gets a full ride scholarship to study in the U.S. faces a sudden tragedy that threatens everything he’s dreamed of, and his very life. Frankie’s father is struck by a stray bullet, and Frankie is forced to join his uncle’s posse to get quick money to pay for his father’s medical treatment.

The title, YOUR CORNER DARK, as you know, refers to being stuck between a rock and a hard place with no good choices. And my story is a fast-paced, riveting page-turner that’s exactly about choices, impossible odds, and perseverance–and you’ll read it with a knot in your throat and hope in your heart.

Even the secondary characters have difficult choices to make.

-Leah, Frankie’s girlfriend, an upper middle-class art student, struggles with their societal differences, her creativity, and her depression.

-Jenny, Frankie’s aunt, works in her brother’s posse as an enforcer and negotiator. She battles to rise up in the hyper-masculine world of the drug trade.

-Samson and Joe, Frankie’s father and uncle, respectively, are locked in a Cain and Abel style battle–with Frankie’s soul as the main prize.

YOUR CORNER DARK explores the issue of colorism, which is also dealt with in “A DAY IN BLACK AND WHITE.” Without giving too much away, there are a few places in the novel where Frankie is ridiculed for having dark skin. This issue plays out in several ways, one of which is how some Jamaicans bleach their skin because they feel they will be treated better if they have a lighter complexion. 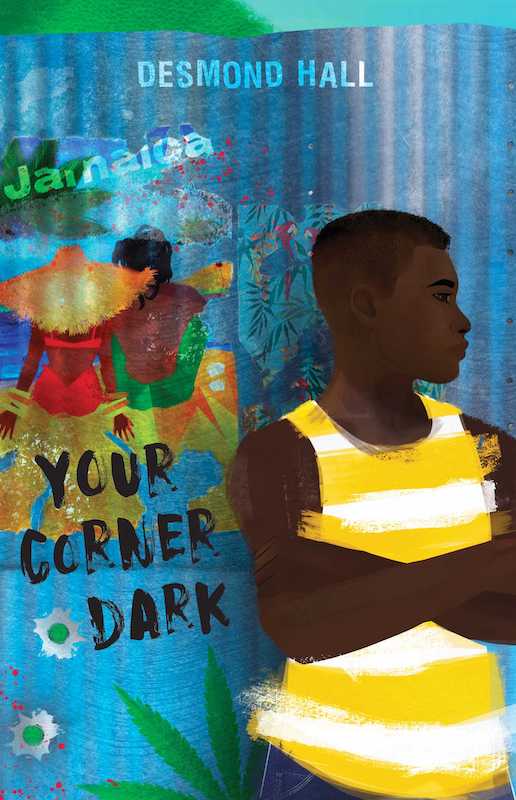 How different was writing a novel vs writing a script?
Well, screenplays are typically 8,000 to 20,000 words, and my novel is about 85,000 words. So, it’s a lot more work. Also, a screenplay is just a blueprint for the production team, actors, director, etc, to work from. It’s a document that will be interpreted by many people. A novel is the finished story right there in front of you.

When you write a screenplay you’re not including a great deal of interiority. It’s the actor’s job to fill in what goes on in a character’s head. When working with the novel, the writer and editor team up to make the character’s interior and exterior lives full.

Any chance this novel becomes a film?
We’re in discussions with TV producers now. Of course any show would have to be filmed in Jamaica, which would be amazing. Fingers crossed.

You have been doing the rounds and meeting different people in the media, entertainment, and book industry. Apart from your interview with us (ha!), what has been a pinch-yourself moment so far?
Well, this interview is definitely a highlight. I will be notifying family, well certain family☺

I almost met Jason Reynolds, a great writer, and the U.S. Ambassador for Young People’s Literature. What he’s doing in the young adult space both on the page and in real life is nothing short of amazing.

What is the next project you are working on?
I’m over the moon because my editor, who is as tough and great as they come, is excited about the first draft of my next novel. It’s a literary thriller, also set in Jamaica. It’s got a LOT of twists and turns that you won’t see coming!

What are your 2 favorite books of all time?
It’s hard to talk about favorites, but one I really love is Marlon James’ BRIEF HISTORY OF SEVEN KILLINGS. The book has 75 characters, and so many first person voices. He out-Faulknered William Faulkner.

You have to invite me back to get a second one.

How you mean? No, Rock House! Then again, stush friends have told me about Roud Hill and Half Moon.

My favorite guilty pleasure is…
The beach.

Growing up my hero was…
Didn’t really have one, but I admired, Bob because he was Bob. Roberto Clemente because he used his sports platform to help so many people, and he even died risking his life doing so. And Gil Scot Heron–an amazing artist.

On behalf of the readers of Jamaicans.com thanks for providing us with this interview. Do you have any closing thoughts for our readers?
Blessings!