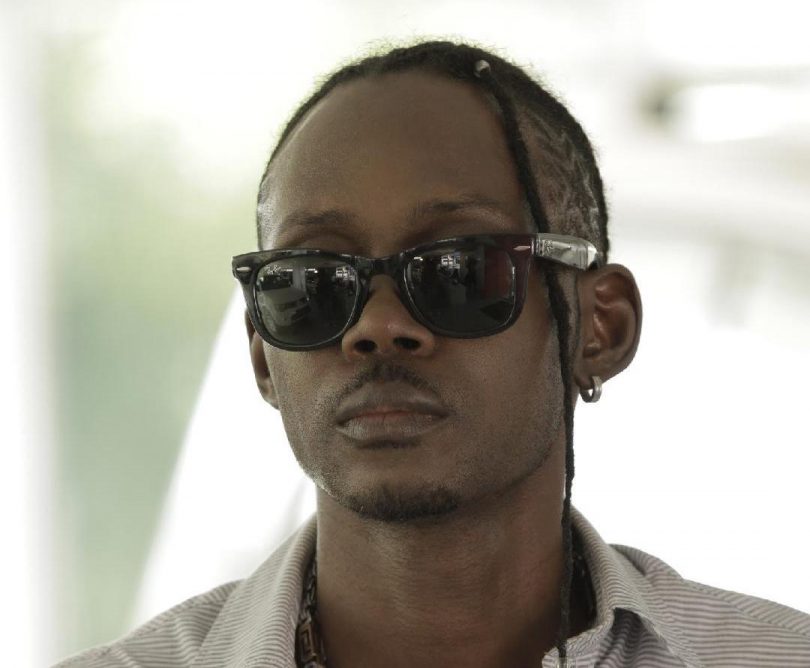 Hemsley Ainsley Coleman Morris, Jr., better known as Benzly Hype!!!, the son of Jamaican musician and balladeer Ainsley Morris, has applied his creative genius and commitment to innovation throughout his career to become a popular musician, hit music producer, performer, screenwriter, actor, entrepreneur, and television program producer. He grew up in the rough and unforgiving streets of Kingston’s Red Hills Road area, and while he was initially a student of classical arts and had played piano and guitar since the age of four, once he experienced the awe-inspiring power of dancehall music, he knew he had found his calling. Benzly Hype!!! began his musical journey as a “box boy,” an equipment crew member, with the La Benz sound system. He later became a selector and then made his breakthrough as a deejay, which launched him as a performer and the opening act for Spragga Benz and others of the Benzspeculous crew. He learned the art of sound recording at the famous Celestial Sounds Recording Studio, where he gained the hands-on experience that culminated in recording audio sessions and writing songs for artists like Beenie Man, Merciless, Frisco Kid and Cecile. In the late 1990s at the age of 17, Benzly Hype!!! shot to stardom as a member of Innocent Kru, the first lyrical quartet in dancehall history, which ultimately reached the top of local and international charts with hits like “Impossible Train,” “Turn It Up,” “Not Guilty,” and “Wogga Wogga.” Benzly Hype!!! then made his move onto Jamaican television in 2009 by creating the comedy series “Me and Mi Kru,” in which he also has the lead role. The show was inspired by his real-life experiences and has been transmitted to more than two million homes over CVM TV in Jamaica. Now in its fourth season, the show is available throughout the Caribbean and Africa, and recently has been featured in the United States on Comcast and in the United Kingdom via ABN Skynet. Speaking about his goals and motivation, Benzly Hype!!! said, “I want the youths to have some hope, because really and truly, options for the youths of Jamaica are limited. So if they observe me doing what I’m doing they could say to themselves, well, if Hype!!! can do that, then I should be able to do the same or greater. That’s what I thought when I was growing up and looking up to my father, we are role models; we can’t hide from it.”

Tell us how you got into acting and performing?
I’m a second-generation entertainer my father was also one…so I followed in his footsteps

At what age did you start performing?
I started at about 11 or so I guess when I started to write my own songs etc at school stuff then professionally at about 15 -16 with my group the innocent Kru.

Are you still recognized by people on the street because of Me and Mi Kru?
I’m recognized for the show by some yes and by others as a recording artist .. so I say both

Tell us about the YouTube reboot of  “Me and Mi Kru“?
Me and mi Kru on Youtube is really just a release for the fans that have been waiting for it to be available and I was planing later in the year for the release but the COVID season made me change my timeline .. as in this industry it’s very hard to get anything done and the constant fight with the dark forces
How did you guys “link” up for this play?

You mean the TV series… It’s not a play. It’s based on my life with the group I wrote the first script when I was in high school. It was a collaborative effort between myself and Lisa Alveranga, my bro .. then I went hunting for links and money…hooked up the Rick Elgood got my crew involved .. We visioned the cast as we wrote the script.

What can the audience expect in the reboot?
Maybe … maybe something better … only Jah knows what will happen next .. but …………..

Any plans for more collaborations once the COVID pandemic is over?
The PLANdemic ? .. yes I got stuff in the works that was slated for summer but this thing messed up the scheduling

Who do you admire as a Jamaican actor?
Paul Campbell even when he speaks proper English you can still tell he’s a Jamaican

Every performer can remember a performance that was a disaster. Have you had one of
those yet?
Yes once .. in Miami was one of my solo shows .. was to perform with a female artist right b4 going on stage she found out she was pregnant and started vomiting I was trying to help getting her ginger ale, etc and totally forgot my set when I touched the stage … that was a bad one

Who is your hero?
Marcus Garvey

Do you have any other new projects in the works?
My new Album STAR which is ready to go out on my joint production Hyyype Muzik / MojoMajesty , also Innocent Krus Lost Tapes part 2 I’m finishing up with triple grammy-winning producer Sly Dumbar.

What do you think makes Jamaican comedy different from comedy anywhere in the world?
The raw realness and expressions

Thanks for the interview. Do you have any closing thoughts…
Just Love