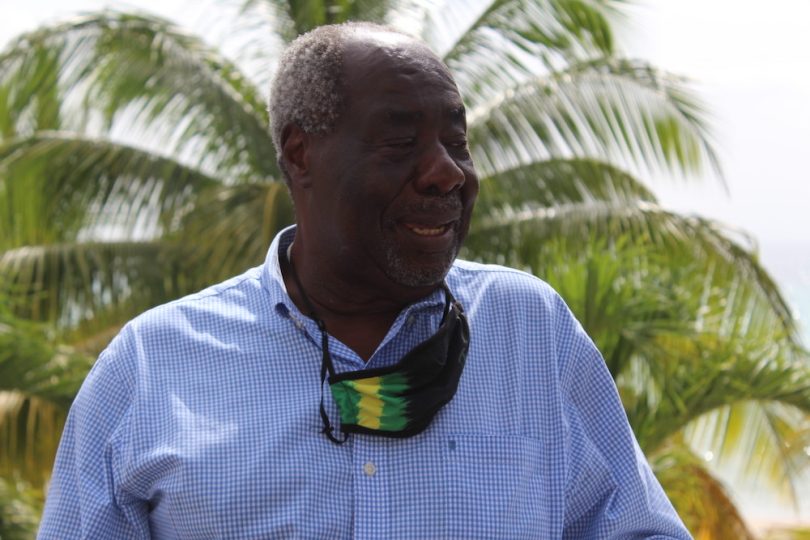 During our two-night stay at Charela Inn, we had the opportunity of dining at  Le Vendôme, Charela Inn’s in-house restaurant, serenely nestled by the seashore where we sit down to talk to have a conversation with Daniel Grizzle, a Jamaican tourism stalwart, the patriarch and co-owner of the boutique hotel that he runs alongside his daughters, Sophie Grizzle Roumel and Charmaine Bowen in the beloved memory of his late wife Sylvie. 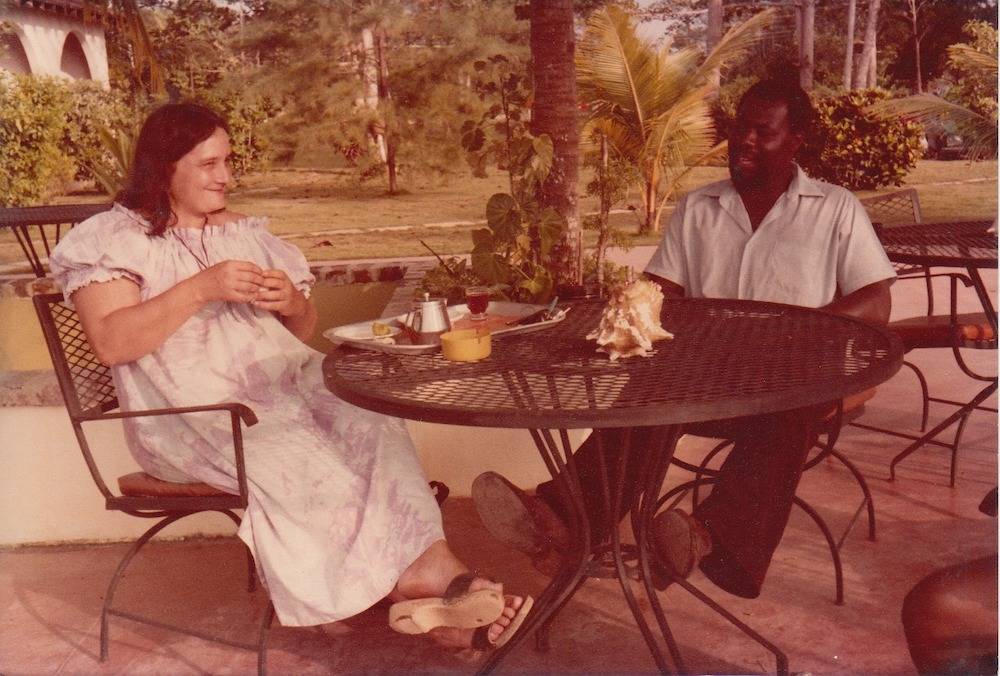 Tucked away from prying eyes and surrounded by coconut palms that provide a natural ambush to all visitors, the grounds offer up many delights designed to transport you away from the hustle and bustle of contemporary Jamaica. A central, spherical freshwater swimming pool, surrounded by a lush tropical garden replete with island-rich vegetation dominates the entrance past check-in.

Check out a tour of the property

The sense is one of supreme seclusion and contemplation and yet, walk a few paces south and you’re less than a stone’s throw away from the best of Negril’s world-famous beaches.

A self-confessed Jamaican ‘country boy’, who grew up in rural Hanover,  Daniel Grizzle’s family kept livestock and sold milk to a nearby Montpelier milk processing business in the neighbouring parish of St. James.

As a teenager and as part of the Windrush Generation, he moved to the United Kingdom where he met his beloved wife Sylvie – a passionate French-born bonne vivante. He had planned to move to Tanzania in East Africa, but a trip ‘back to his roots’ in rural Jamaica alongside some heavy persuasion from Sylvie ensured that they settled in Negril, Westmoreland. She thought it was the best area for them to raise a family as they had by this time started a food business. Daniel would welcome and serve guests, while Sylvie prepared the dishes at their small cafe. 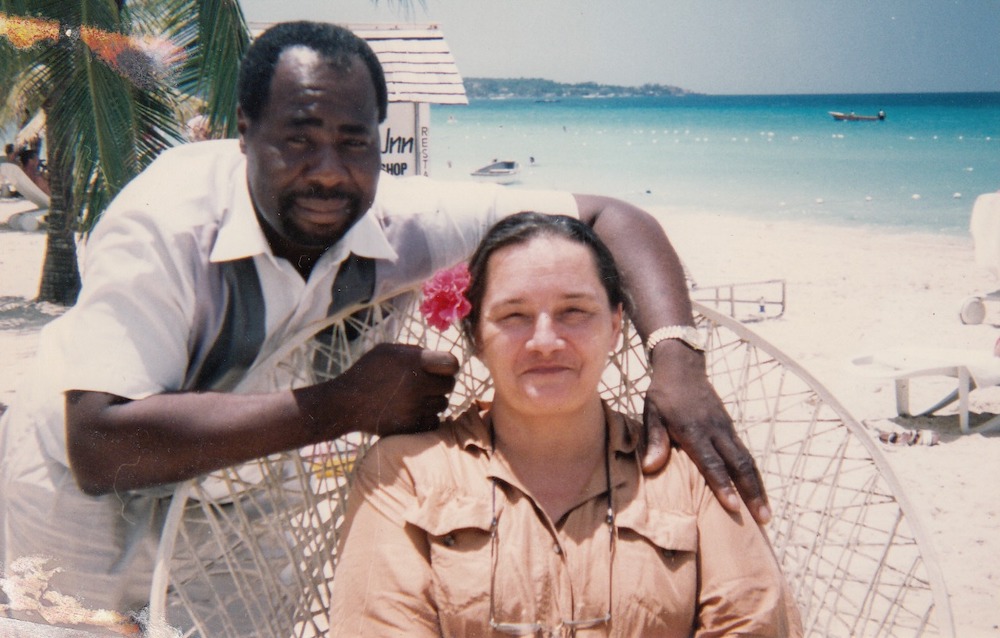 A graduate of one of the UK’s top agriculture schools,  Warwickshire School of Agriculture, Daniel used the bounty he made from farming to buy Charela Inn in 1980. He expanded the ten-room beachfront property to include 49 more rooms, maintaining the character of the original Spanish-style hacienda and distance from the sea.

Known as a stalwart in the Jamaican tourism industry, playing many leadership roles including serving as the president of Negril Chamber of Commerce in 2018, he recently received the Order of Distinction, which is awarded to those who have rendered outstanding services to Jamaica. It is one of the highest orders one can receive as a Jamaican national. 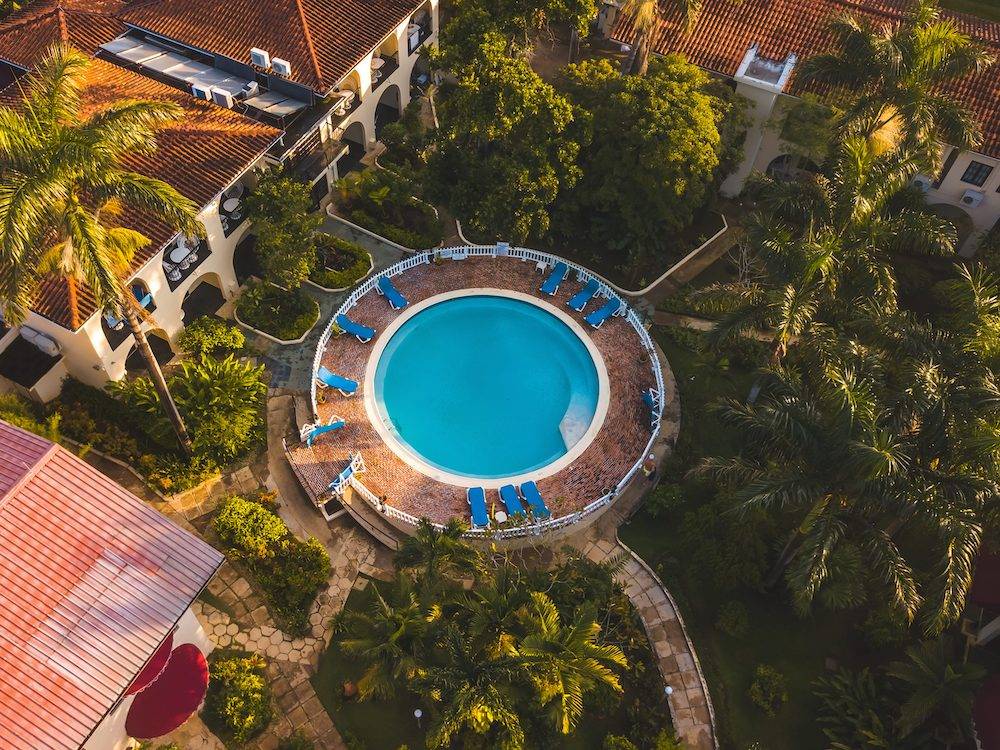 What inspired you to get into the tourism industry?
When I met my wife she expressed she wanted to share her love of French cooking with the world, so we decided to move home. We settled on Negril and opened our first cafe called Cafe au Lait, which was a play on both of our nationalities and travels. Me being of African descent (the Cafe) and she was Caucasian (au Lait) originally from France. Then Charela Inn became available and we jumped at buying it because it was a beachfront property that we could build on.

How long have you been in the hospitality business?
I’ve been in hospitality for almost four decades. We opened the Negril Delicatessen in 1975 for a year, and then bought the Mirage Resort and then opened Cafe au Lait. In 1980, we bought Charela Inn from the Mucklows and opened the Le Vendome restaurant.

Before that though, I bought Cocoa Farm in 1974. It’s in my birth parish of Hanover, comprising 172-acres. It supplies the fresh produce and livestock for the other properties. It has been the foundation of the businesses and afforded me to buy Charela Inn and Mirage Resort.

What are you most proud of?
I’m proud of a lot of things! My ability to speak on behalf of my community about preserving Jamaica’s beaches and helping the less fortunate. The pandemic has hit us all, including the tourism industry and we have been fortunate to be able to stay open even during the lockdown and keep our long-serving staff. We appreciate the goodwill of our patrons, some of whom have sent money to support our longstanding staff during these uncertain times. We also just won an award for best Luxury Beachfront Hotel by Luxury Travel Guide.

In addition, I’m proud that Charela Inn provides accommodation for the physically challenged as well as offering a fusion of global flavours on our menu. There is something for everyone at the in-house restaurant Le Vendome and if you stay at Charela Inn. 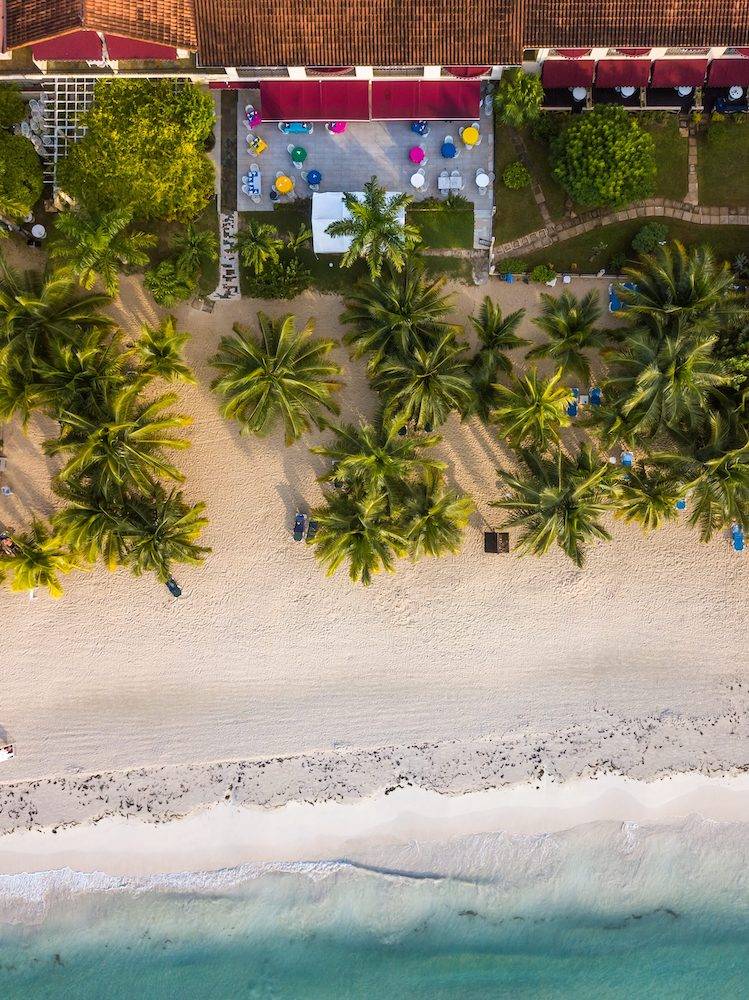 When it’s all said and done, what do you want to be remembered as?
I wanted to be remembered as a family man. We treat our guests as if they are family. And when I started the inn and bought Mirage, I thought about how it would benefit my family and extended family. My daughters Sophie Grizzle Roumel and Charmaine Bowen and my grandkids Dominic and Camille will all inherit the two hotel properties.

What can Jamaican Nationals expect from an experience of staying at Charela Inn or dining at Le Vendome?
We have an international flair but we want you to feel like you are still in Jamaica, so we do have Jamaican food items on the menu like Ackee and Saltish, Snapper, and fried dumplings as well. Everything here is made from scratch including the pastries and desserts and we use most of the ingredients from the farm. Close to 100%, well 97%, of our total staff, are Covid-vaccinated and we have open-air, socially distanced dining under the Negril stars.