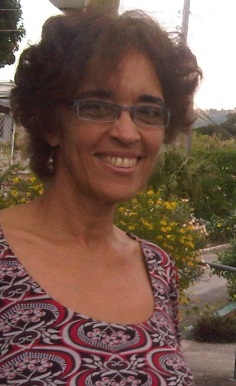 Suzanne Francis-Brown writes both fiction and non-fiction relating to Jamaica’s history and heritage. A journalist by training and more recently a historian, she has published several books. Children’s fiction titles include The Mystery of the Golden Table (Arawak 2000); Searching for Pirates: A Port Royal Adventure (Arawak, 2001); Marcus Garvey. An Illustrated Biography (with Jean-Jacques Vayssiers, IRP, 2007); The Mermaid Escapade (eBook, SFB Publications, 2013). She also has stories in the Treasure House series by Macmillan Caribbean, and in the Government of Jamaica’s Literacy 1-2-3 series. Her non-fiction publications include: The Iron Bridge. Spanish Town, Jamaica (with Peter Francis, Caribbean School of Architecture, 2005); and Mona: Past & Present. The History & Heritage of the UWI Mona Campus (UWI Press,2004). Dr Francis-Brown is Curator of the University of the West Indies (UWI) Museum at the UWI Regional Headquarters, Mona, Jamaica.

How long have you been writing?
I’ve always been writing in one way or another: poems, stories…some stories had a pretty long gestation: they were conceived long before they were born J But my first book was published around 2000.

What inspires you to write ?
I’m pushed to write by stories that demand telling…characters that ask for a voice…heritage that asks to be passed on. All of my stories are in some way rooted in our history and heritage and culture, whether a little or a lot. Some have a definite historical background, like ‘Searching for Pirates: A Port Royal Adventure’. But then I also remember writing a story about a little lizard that got in a house and its adventures there, including meeting up with a woman who was scared to lizards. It had heard someone coming and hidden in her shoe! You can imagine the result! Or there’s a story about a child who usually got travel sick, and the things her family would do on car trips to keep her distracted! So different things that seem to add up to a story!

Which do you enjoy most — writing for fiction or non-fiction?
Wow! I think that non-fiction is easier because it has fewer dimensions. There’s the narrative (including quotes from relevant authorities), which flows out of an idea, supported by research; and there’s illustration that can help illustrate and enliven.

Fiction, now: there’s the narrative, which often doesn’t flow in a straight line but comes together like a puzzle; and there’s also the various characters who live the action in the story. Research is still important to give validity, especially where the story directly relates to history, heritage or culture. If the story has elements of fantasy, then there’s the work of making sure the fantasy elements are believable. And sometimes there’s illustration of the characters and events! For me, fiction is an enjoyable challenge. 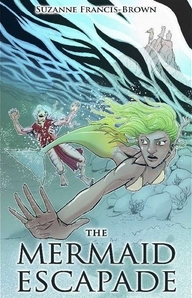 Tell us about your last book?
The Mermaid Escapade started from an image of children diving into a Blue Hole, into cold water that surprised the sweat from their skins; and opening their eyes underwater to see young mermaids laughing from behind a rock. It grew as I started to think about local mermaids, which inevitably led me to consider the stories of River Mumma. Where and how would they live? And that led me to the water under the island, which would be a common resource to Jamaican mermaids and to human children and adults who live on the land. I looked at books that showed the network of caves and underground channels…and I thought: why shouldn’t merfolk be able to move about underland? All of that led me to the story told in The Mermaid Escapade.

If a movie was going to be made about the book, name the lead character and who you believe would be great for the role
I try to picture the scenes that I write, none moreso than this one; so I could definitely see The Mermaid Escapade as an animated movie. The main characters as a whole would be the two mermaids and three human children who overcome distrust to fight the sea wizard’s plans…and of course there are two main adult characters, including River Mumma. But the leads would be Lula, the more impulsive of twin mermaids, and Abena, one of the three children – to whom Lula develops a kind of telepathic link. Not sure who would be great for the roles but would love to hear suggestions 🙂

What comments do you hear most often from your readers?
I think the most heartening comment has been that they can visualise the world of the mermaids; and several people have said they enjoy the young characters and hope to hear of future adventures. So a sequel is bubbling….

What are your 2 favorite books of all time?
That is a really hard question. I have always read a lot, and my favourites are the ones that I don’t give away! There’s a long shelf of them. Some are series, like CS Lewis’ Narnia series or Tolkien’s Lord of the Rings series, which are fabulous because they created whole worlds that worked!

Who are your favorite authors?
Lewis and Tolkien aside, I like the work of Isabel Allende; also popular authors like Ken Follett who wrote Pillars of the Earth and Frederick Forsyth. Science fiction writers led by Isaac Assimov and Arthur Clarke; Khaled Hosseini who wrote the Kite Runner; the lyrical Kei Miller, Curdella Forbes who wrote Songs of Silence and Flying with Icarus, the prolific Vic Reid… I think what they have in common is that they take a story and move it along smoothly, so you don’t keep bucking your toe and having to go back and start again.

Do you have any advice for new writers?
Write! In our context, don’t wait on lucrative contracts or you probably won’t do anything. But also think creatively not just about the plot of your story but also about how to get it to those you want to reach.

Seven day, six night, all expense paid, my vacation destination is…
Six nights means no time to lose to jet lag, so that leaves the South Pacific and China for another day! So take me to Portugal and southern Spain, into Gibraltar, then across the Straits of Gibraltar into Morocco, gateway to North Africa.

My favorite guilty pleasure is
Hmmmmmmm……

On behalf of the readers of Jamaicans.com thanks for providing us with this interview. Do you have any closing thoughts for our readers?
Jamaicans.com is doing a great job of linking us at home and abroad. It’s great that you’re helping to spread the word about Jamaican writers and books. Most people remember us for reggae and athletics and no one can doubt that we’ve done great things there; often through individual passion and determination. But there’s even more we can create and nurture to further mark our presence on the global stage. There’s no reason that storytelling of every sort – be it through text, talk, film, social media – can’t be one such area.

About The Mermaid Escapade
The Mermaid Escapade is a fantasy adventure. Two young mermaids and three human children overcome mutual distrust to battle a sea wizard who is threatening their common environment – Jamaica’s fresh water. The mermaids are from River Mumma’s band of merfolk who live in Jamaica’s underland system of aquifers, rivers and caves.

The Mermaid Escapade is an ebook, that children from about 8 years will enjoy. It’s available as an Amazon kindle book and from iTunes

To learn more about Suzanne Francis-Brown ‘s book visit the websites below: