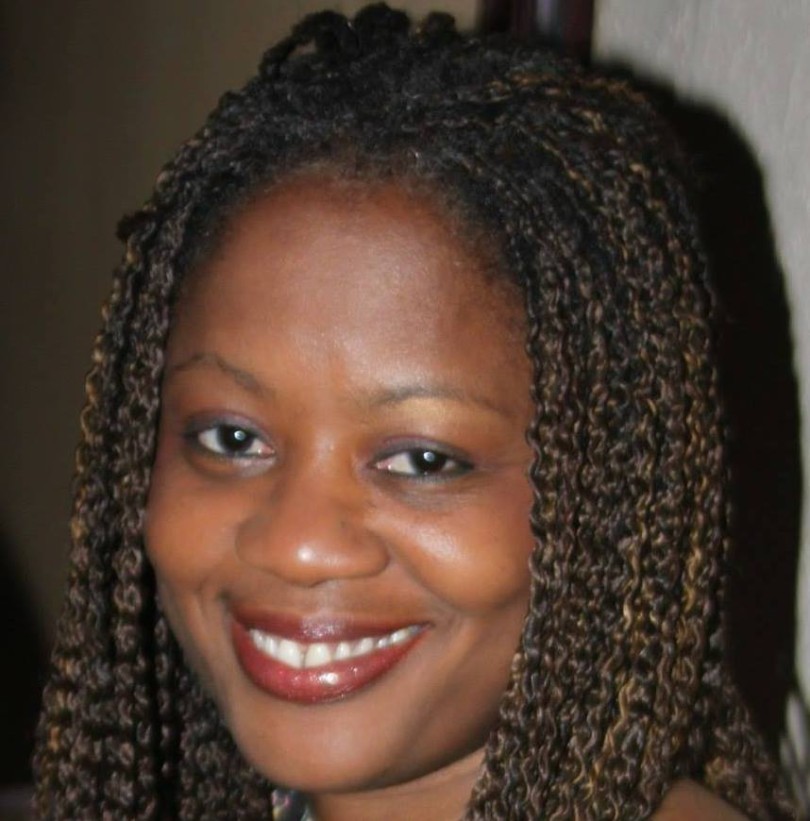 Kiwanis Club of Lauderdale Lakes has been blessed in 2015, with many of its female leaders being appointed to various leadership positions. One such leader is Roxanna Brown; who last month was installed as the new Lieutenant Governor of Florida Kiwanis Division 23.

The words of Tommy Lasorda, aptly endorse the life of Roxanna Brown – “The difference between the impossible and the possible lies in a man’s determination.” Our esteemed new Lieutenant Governor is the happily married wife of the current Treasurer and a Past President of the same club…. Michael Facey. Both complement each other and seem to feed off each other’s successes. Roxanna was born and raised in Tweedside, Clarendon and grew up under the strict watchful eyes of her parents – Caliph and Sybil Brown. She credits her success to her upbringing. Roxanna had no choice but to do well in school, as her parents would have it no other way. The first of three children, Roxanna attended Tweedside Primary, Knox College Junior and High schools and then sixth form at Ardenne High School. She graduated from the University of the West Indies, Mona Campus, with a Bachelor’s degree in Computer Studies.

I had the distinct pleasure of sitting with Roxanna to find out a bit more about her life and work leading up to her new appointment and involvement in her beloved Kiwanis Club of Lauderdale Lakes. Leo: Roxanna, congratulations on your appointment and I wish you every success in the coming year.

Leo: What does being the Lieutenant Governor of Kiwanis Florida District mean to you? How did this come about? Give us history

Roxanna: Being Lieutenant Governor is the next highest honor that can be afforded a Past President. I like to serve. I think my strength is in leadership. So I like to plan and I like to mobilize and motivate people to action. One should always try to see the positives in something or someone. We have had 3 past presidents from KCLL who have served as LG. They have asked me to consider the role but I never gave it a thought. Celia is a role model for us. When I realized that she would be serving as Governor this year (2015-2016), I thought I would ride on her coattails and also support her in my role as LG.  Division 23 has 15 clubs of varying sizes, strengths, and interests spread across north Broward. They are all bound by the six objects of Kiwanis. The Lieutenant Governor works closely with club Presidents, to ensure that they feel supported and have access to information from the Florida District as well as Kiwanis International to continuously improve their members’ experience. There are many moving parts to being a leader of leaders (club presidents) and combining that with taking direction from another leader (governor).

Leo: Growing up as a child did you envision this? What were your dreams? What did you hope to be? Have they been realized?

Roxanna: My mother always helped the less fortunate. We delivered Christmas goodies (sodas and cake) at Christmas time throughout the district. My mother taught summer school at our house. My mother volunteered for Election Day. She also taught a literacy class in the district. I always thought I would do something with computers. My high school magazine said I wanted to do computer science, which I did. I was very satisfied with my career as a computer programmer. But I decided to move into finance. And it has been a great combination. Leo: Is charity/community your passion? Where did this come from? Where was it born?

Roxanna: The passion that I have for charity and volunteerism comes from my mother. She was kind and was never afraid to speak up. I don’t think she was shy. I think what has taken me through the years is being a part of how my mother helped others.  My mother was known throughout the community and people still remember her. She also taught Sunday school and sang on the choir. Daddy was an insurance salesman and a farmer. Also sang on the choir. I wanted to build on what they both started in our community in a manner of carrying and improving on their tradition. I feel satisfied that I am able to give of myself to community and at the same time have a fulfilling career in the area I chose.

Leo: What do you do for a living? How does that translate into being Roxanna Brown Lieutenant Governor?

Roxanna: My job title says Lead Operations Analyst but I would define my role as that of a financial analyst in a business role. I perform budget analysis for one of the IT departments in a large software & technology company. It does not translate to me as LG. I think my mom’s involvement with people has everything to do with my drive in community activism that has translated into this new role as LG

Leo: What are your aspirations? Where do you see yourself 10 years from now?

Roxanna: I want to be able to have enough wealth so that I can give much more. 10 years from now I will still be working and volunteering. My passion for giving is truly endless.

Leo: What are some of your biggest (current and past) projects/accomplishments both in charity and job?

Roxanna: I have been blessed in my professional life and seen the peaks and the valleys like everyone else that have walked similar paths. After graduating from UWI in 1985, I worked at Jamaica Mutual Life Insurance Company. When I took a job in Barbados at the Caribbean Development Bank in 1991, it boosted my career and professional life. That motivated me and led to my decision to pursue my MBA at the University of Rochester, Simon School in New York. Prior to my MBA my work experience was in computer programming and analysis. After completing my MBA, I accepted a job at Citibank where I became a business analyst and I have had several similar roles at various companies in South Florida. I am a charter member of Kiwanis Club of Lauderdale Lakes and am privileged to have served in various positions where I believe I have excelled at all levels. I chaired Charity Ball and Public Relations committees, sat as Director for Fundraising, Community Service, Membership, and Club Administration. I then served as President of our club during 2007-2008 and enjoyed it immensely. Leo: Where does your family (parents, husband) fall into all this?

Roxanna: I am blessed that my husband Michael Facey and I partner in all we do. We do not work together but we enjoy each other’s company, and we volunteer together in Kiwanis. We look forward to going to church, and we search out those spare evenings/weekends where we can live the South Florida way. I pray that we will remain together in God’s grace.

Leo: What are your parting words for children and parents of the world?

Roxanna: Children, listen to your parents. They know way more than you do and they want the best for you. Children, practice reading; It opens up your world. Children, do not neglect your education, it is the only thing that can elevate you out of your current situation.

Parents, devote your time to your children. Grow them up in the fear and admonition of the Lord. Your children are not your friends, discipline them and love them.

Leo: Do you have anything to add? Is there anything I missed that you would wish to share?