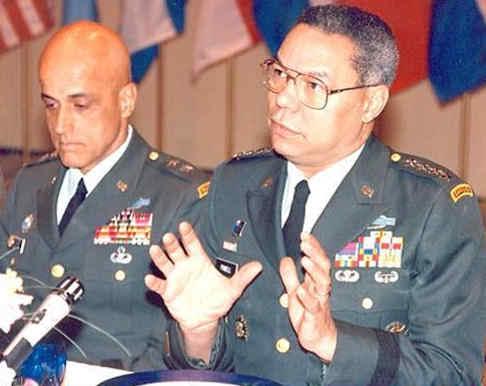 Nearly 200 people gathered recently for the dedication of the Peacemakers Community of Hope Village in the town of Spring Pass in Hamstead,  St. Thomas, Jamaica. Thanks to the sheer determination of retired Maj. Gen. Bernard “Burn“ Loeffke and Food For The Poor, 27 families now have a redeveloped community with sturdy new homes and hygienic sanitation.

“I used to be a fisherman, but during Hurricane Sandy in 2012, I lost everything and since then I have been doing odd jobs every now and then,” said Denville Clarke, a Spring Pass resident. “I couldn’t afford to repair or buy a house, so when Food For The Poor came to help me and others in the community, I was really, really happy and thankful. Words are not even enough to thank them for what they have done for this community.”

Loeffke, who now calls South Florida home, is an impressive man with a military career that spans more than three decades. Fluent in Spanish, Portuguese, Russian and French, and proficient in Mandarin Chinese, Loeffke was awarded the Purple Heart for wounds in combat, as well as Silver and Bronze Stars for Valor. He also has authored several inspirational books.

But it was the inspiring story of the teen Food For The Poor donor, Rachel Wheeler, who touched the heart of this warrior for peace. Starting at age 9, Rachel fundraised to build a village and school in Haiti.

“When I heard about the young girl who built two villages, I thought surely I can build one to honor two men who personified what it means to give their lives on behalf of their fellow man. U.S. Army Sgt. Larry Morford and China’s Cpl. Lei Feng are these men. Morford saved my life in Vietnam, now I am living his,” said Loeffke. “I was very impressed with seeing the work done by Food For The Poor in putting a roof over the heads of the needy and giving them the pride of ownership.”

Loeffke dedicated the Peacemakers Community of Hope in honor of these two soldiers. Both Morford and Lei Feng died at the age of 22 – men, he says, who lived to be agents of peace in the midst of war. Loeffke says he chose Jamaica because it is the birthplace of Food For The Poor and is the homeland of the parents of another general, his dear friend Gen. Colin L. Powell, who supported the community.

“I am glad I had the opportunity to help with the project. I offer my congratulations to Chris Wallace, my friend Burn Loeffke and all the other committed people who are bringing this project to fruition,” said Gen. Colin L. Powell.

Life for more than two dozen families living within Spring Pass has not been easy. The need for safe housing and sanitation was dire. Last summer, an outbreak of the Chikungunya virus, a mosquito-borne disease that causes fever and excruciating joint pain in its victims, ripped through Spring Pass.

“The redevelopment of the Spring Pass community is truly a blessing for the 30 or so families. These families have been living for many years in makeshift shacks, and their only water source for drinking, cooking, cleaning and washing came from a single pipe located in the middle of the town. No one should have to live like that,” said Angel Aloma, Executive Director of Food For The Poor. “Loeffke’s passion for the poor has resulted in the Peacemakers Community of Hope, a community that has restored hope to these families by providing them with safe new homes and access to running water. For that, we are truly grateful.”

Loeffke’s desire to improve the lives of the poor extends beyond the borders of Jamaica. Fundraising for Peacemakers Community of Hope villages in Central America is in the works. So far, enough funds have been raised for the construction of 10 homes in Nicaragua, and plans are under way for a village in Honduras.
“The Peacemakers Community of Hope is the first of several villages that we want to do to honor the memory of John Gardener, former Secretary of Health, Education and Welfare under President Lyndon Johnson and Founder of the White House Fellows,” said Loeffke. “He authored the statement that ‘a real leader is the one who keeps hope alive,’ and that’s what we’re doing with Food For the Poor – keeping hope alive.”

Loeffke plans to share his recent experience with Food For The Poor at the 50th Anniversary of White House Fellows 2015 Leadership Conference in the Washington, D.C., October 22-24.

Food For The Poor, named by The Chronicle of Philanthropy as the largest international relief and development organization in the nation, does much more than feed millions of the hungry in 17 countries of the Caribbean and Latin America. This interdenominational Christian ministry provides emergency relief assistance, clean water, medicines, educational materials, homes, support for orphans and the aged, skills training and micro-enterprise development assistance, with more than 95 percent of all donations going directly to programs that help the poor.