A Response to Jamaican Countdown (Famalam) Does diversity mean stereotypes? 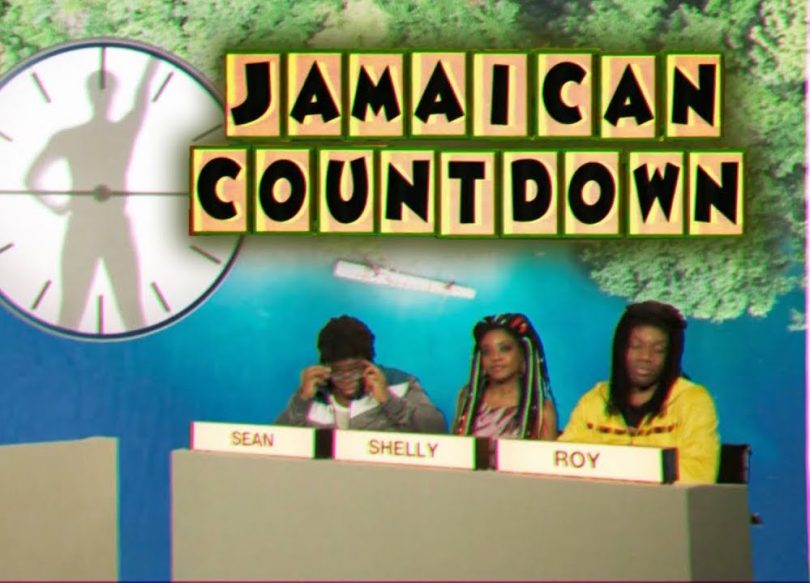 On  August 20th BBC Three released a sketch , Jamaican Countdown from Season Three of its Black British comedy series Famalam.  Jamaican Countdown has ignited a wave of social media protest and discussion. The sketch ‘Jamaican Countdown’ trades old stereotypes of Black people generally and Jamaicans in particular. They include familiar stereotypes of being highly sexualised, well-endowed, indisciplined, uneducated, and stoned. Of course, all are dreadlocked.  The sketch highlights an episode of a Jamaican Wheel of Fortune-like game. One contestant tells the Vanna White stand-in that he wants to impregnate her (and it is apparently a compliment), instead of playing the game. Another contestant is too high to understand what is happening around him. All the words are misspelled. Moreover, the Wheel of Fortune itself includes a well-endowed male outline.  The show ends with everyone grinding on each other to a soca song.

These stereotypes are not just offensive, but harmful. The implication of Black people’s drug use has led to over-policed communities and police brutality, such as the tazing of Desmond Ziggy Mombeyarara by the police for a minor offense or the murder of George Floyd which has led to a reinvigorated global #BlackLivesMatter movement. The highly sexualized stereotype of black people was used to justify rape during slavery and as a sign of the lesser intelligence of Black people. A recent New York Times piece noted how these same stereotypes still persist and affect the current medical treatment of Black people. As for participation in the game itself, the words are all misspelled. The implication is that the Jamaicans are uneducated and can’t speak English. However, Jamaica has a distinct dialect or language depending on who you speak to, patois/patwa with its own grammar system. Patois has influenced the slang of London and Toronto. There are classes to learn this dialect which is here presented simply as ‘bad English’.

I write from a position of lived experience and academic work – as a Jamaican, a cultural industries academic and also the Arts & Culture representative on the Global Jamaica Diaspora Council. There is nothing intrinsically wrong with any of these characteristics. But they have been used in the past and even now to stereotype whole groups of people to their disadvantage.  It is being defended as comedy. One Famalam castmember, Tom Moutchi, tweeted that “Famalam is a sketch show that plays on all stereotypes… I believe the show is not one for selective humour. It’s very interesting that no one was outraged when we exaggerated the stereotypes of the African aunties? Or the Midsomer Murders? Very telling in my opinion..”

Famalam is a sketch show that plays on all stereotypes… I believe the show is not one for selective humour. It’s very interesting that no one was outraged when we exaggerated the stereotypes of the African aunties? Or the Midsomer Murders? Very telling in my opinion..

Comedy and satire often have a purpose or a message. The Oxford English Dictionary defines satire as “a work of art which uses humour, irony, exaggeration, or ridicule to expose and criticize prevailing immorality or foolishness, esp. as a form of social or political commentary”

I have watched Famalam’s African Aunties in Church sketch, which is a comment on the competitive performative religiosity of certain church communities. Another sketch of Aunties showing off their grandsons comments on the competition regarding the success of offsprings and even highlights the divide between the African and Caribbean communities. I should note I have issues with these sketches as well, but at least a point can be discerned. What is the point or message of the Jamaican sketch? The dreadlocks, the language, the Jamaican banter are upheld as objects of ridicule, rather than as cultural differences. The ridicule and exaggeration is clear but to what end, particularly in an environment where the contributions of Black people in the building of British culture, cuisine and economy is questioned, with mass deportation as per the Windrush Scandal. I await the response of the writers Akemnji Ndifornyen, Ben Caudell, Tom Marshall and Gbemisola Ikumelo on this one.

In the wake of the reinvigorated  Black Lives Matter Movement, there has been a renewed attention to diversity at the BBC  with over £100m allocated for diverse content.  The highlighted quote on their website is  “We are throwing open the doors of the BBC more widely than ever to diverse stories and diverse storytellers”. Diversity is nuanced concept. It is more than content by and including people of colour. Jamaican Countdown does not represent diverse stories but represents old stories and stereotypes told with black actors, writers and producers. Media academic Anamik Saha, author of Race in the Cultural Industries tweeted  “ further proof that in order to get a platform in a white cultural industry you need to perform your race in a way that the dominant culture understands….” It is about the industry changing to support a different model. Content diversity is about the ability of all kinds of people to tell all kinds of stories. Jamaican stories don’t have to be about marijuana, dreadlocks or schlongs. In my book with Christiaan De Beukelaer, Global Cultural Economy, we discussed the difficulty Issa Rae had in getting her critically acclaimed TV series, Insecure made. Issa Rae, who is currently on the cover on the Hollywood Reporter, had to field industry suggestions for a lighter-skinned black lead among others. The reason given was ‘industry knowledge’ people would not watch a series with a dark-skinned black woman just living her life (unstereotypically) in Los Angeles. Insecure garnered three Emmy nominations this year. American audiences can handle non-stereotyped black people. The success of Michaela Coel’s Chewing Gum (E4) and I May Destroy You (BBC One) shows that the British audience can too.

This moment is about more than outrage at the trafficking in stereotypes. It is also about the opportunity to do more. Are black writers allowed to do more than stereotypical black content? Have the diversity schemes actually opened up the industry? Why not commission work from the likes of Million Youth Media, gal-dem and other minority outfits who are doing (more and) different? The stereotypes in Jamaican countdown do not reflect contemporary Jamaican media representations as per Koffee and Chronixx or new British-Jamaican content  like Dreaming Whilst Black? Why not hold all content to the same standard of people representation as per the criticism of Little Britain that led to its demise?

in follow-up comments, noted that ‘the underachievement of Jamaican heritage pupils has been a persistent problem facing national policy makers in British schools for many years, the new reality of these continual racial undertones in the British media and the systematic racism seen in society I fear, will further compound this matter’ Even the Minister of Foreign Affairs for Jamaica is lodging a protest.

This is outrageous and offensive to the incredible country which I am proud to represent along with every Jamaican at home and within our #Diaspora @bbcthree @bbcworld. I will immediately be writing formally on this! #StopThisShow

If these are not enough reasons to rethink the meaning of this sketch in particular and the trading in stereotypes as ‘diversity’, then what is?

This article was originally published by RiddimStyle Magazine.

Kim-Marie Spence is a research associate at Southampton Solent University (UK) and an adjunct  lecturer at CARIMAC (University of the West Indies). She is co-author of Global Cultural Economy. She currently serves on a number of culture-centric boards including the Global Jamaica Diaspora Council as Arts & Culture representation.