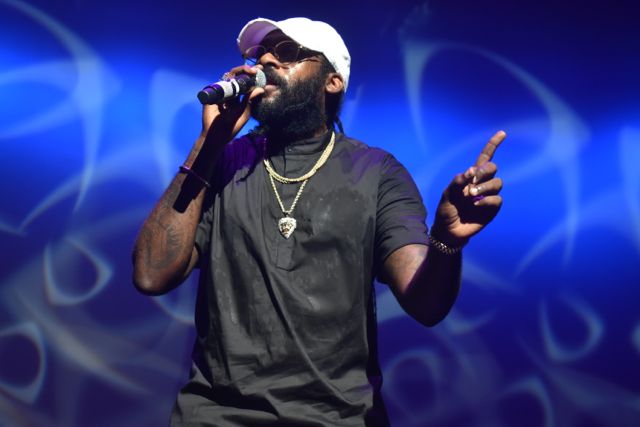 The long holiday weekend in the United States was an ideal time to spend an evening with Tarrus Riley and Jo Mersa Marley. Attending this concert was a great choice for couples date night or an evening on the town with friends. For anyone in the South Florida area, the Charles F. Dodge City Center was the place to be Saturday night of the 2018 Thanksgiving holiday weekend. 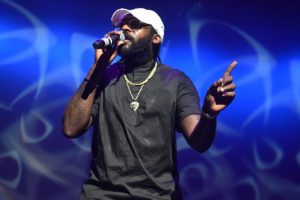 As I mingled during the pre-show party in the grand lobby, I was pleased to see a wonderfully diverse crowd. My socializing included a chat comparing favorite reggae artists with a thirtysomething couple of Italian heritage and a lively political discussion with an older Jamaican couple. While waiting on the concession line, I enjoyed interactions with groups of girlfriends appreciating the recently constructed venue and eagerly anticipating the show. 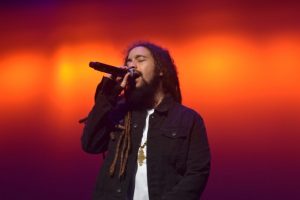 The opening act was Jo Mersa Marley, son of Stephen Marley and grandson of Robert Nesta. This was my first time attending a performance of his and I was not familiar with his music. Jo Mersa’s stage presence was commanding and he delivered a powerful performance. I am definitely now a fan. His set included his own recordings, several covers and a surprise duet with Damian Junior Gong Marley. 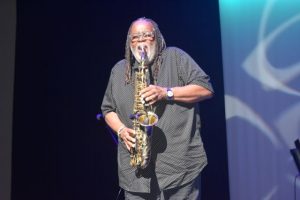 Next up was Tarrus Riley aka Singy Singy. He rushed the stage and his energetic personality radiated to every corner of the venue. The crowd responded by jumping out of their seats and dancing in the rows and aisles. Tarrus never gave us a chance to sit back down. He delighted with hit after hit, a melody of his own music and covers. We were treated to a little bit of everything. According to Singy Singy, he was serving buffet style music. 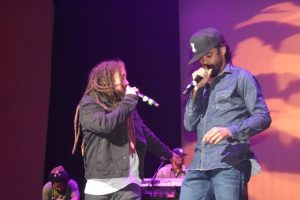 One of the best things to happen at a concert is to have a surprise guest performance. Jr. Gong with his exhilarating stage presence was already a tremendous bonus. Imagine the excitement when Michael Rose joined Tarrus by literally jumping on stage. The venue was already rocking, and Michael took things to another level. Between the energetic performances and the vibrant outfits worn by Tarrus and Michael, I really am not sure which was hotter. 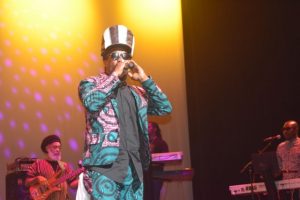 The entire production of this concert was top class. An exquisite venue, the show started on time, and of course the quality of the performances were second to none. Kudos to everyone involved, the experience was extraordinary. I hope this becomes an annual affair.