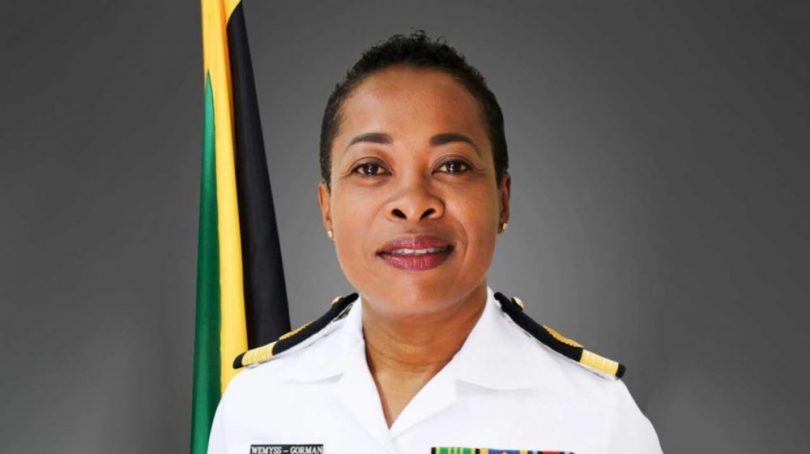 “I was never focused on the fact that I was a woman.” – Admiral Antonette Wemyss Gorman

On January 01, 2022, Jamaica struck another note for women and history. Currently, this country has the only Female Chief Of Defence Staff worldwide and is the second woman globally to have served in this position, after Slovenia made history in 2018 by appointing a female Chief Of Defense staff who served for two years. The Chief of Defence Staff, the professional head of the Jamaica Defence Force (JDF) is the highest ranked military officer in the country, responsible for the administration and control of the country’s military.

Born in Clarendon, she was reared by grandparents, attended Knox College in the parish and has attributed her strength to her role models – grandparents, mother and teachers.

Admiral Gorman is a pioneer. She was the first female officer to attain Flag Rank – the rank or position attained by those who hold the rank of Rear Admiral and above in the navy. During her fifteen years on board various classes of ships in the JDF Coastguard, she sailed the Caribbean on multiple missions. Her last mission was in 2007, as Commanding Officer of the HMJS (Her Majesty’s Jamaican Ship) Surrey, which she sailed on its maiden (first) voyage from Holland in Europe to Jamaica.

Among her many awards, is the United Way’s Women of Leadership Initiative (WLI) in 2015 and she continues to give service to young girls through the WLI in her spare time.

Intrepid : Someone who is fearless, strong, determined and unwavering in what he/she sets out to accomplish.