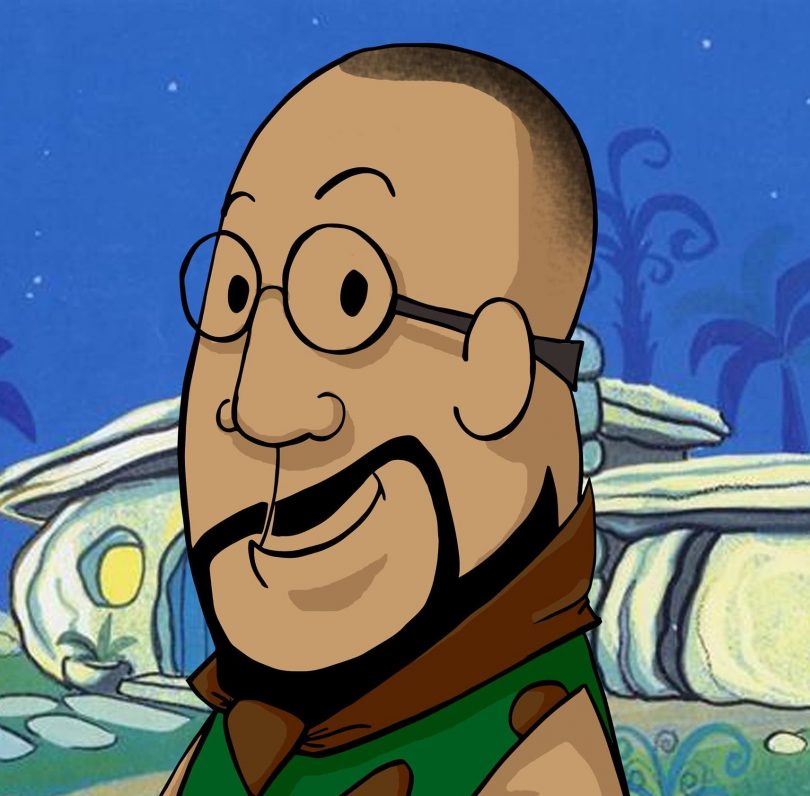 This week we interview artist and cartoonist Garry Hess. He has created a Jamaican inspired carton comic strip called Akil and Saltfish.

Q: How did you come up with Akil and Saltfish comic?
I was inspired to create Akil and Saltfish after a wonderful trip to Jamaica in 2008.  Many are struck by the scenery, nature and cuisine of this amazing Caribbean country, I was as well, but what struck me more than that was the spirit of the amazing people that I met there.  I was especially amazed by the spirit of the children of Jamaica, so full of energy and light the ones that I met took to me like I was a favourite relative.   In particular one fantastic little boy named Akil.

Q: Tell us more about Akil?
I created Akil and Saltfish to celebrate the amazing spirit of this little guy.   March 7th 2008 was Akil’s 4th birthday, I got inspired by a picture that I took of him.  I drew a strip (chronologically the fourth strip in the series) based on that picture and his mother’s frustration at trying to get him potty trained.  When Akil was born I instantly thought of the title “Akil and Saltfish” a play on the name of  the classic Jamaican breakfast dish “Ackee and Saltfish”, but until that trip to Jamaica I hadn’t really a great idea to use with the name.  After that trip, I was struck with inspiration.  Akil had developed into a fantastic little man and the things that he said and did were, to me, comedy gold.  He once told his mom that when we get a dog we have to be sure that it can talk.  The rest just fell into place.

Q: How far do you see this cartoon going and what is your dreams for it?
My dream is to do what I love, to be with the people that I love and to give something back to this world.  Even if it’s just a daily chuckle, it’s something that makes the world a brighter place, and hopefully a way to inspire more to follow their hearts.

Q: How do you see the comic strip Akil and Saltfish playing out in the this dream?
What I would love to do is use Akil and Saltfish to not only bring happiness to people but eventually use funds that I earn from it to bring better health care and education to children in lower economy countries and neighbourhoods.

Q:  Where you start with this dream of education and healthcare?
I’d love to start in Jamaica where unfortunately education isn’t a right to all its citizens.  I fell in love with that country just as I’ve fallen in love with her people and I’d love to bring hope and relief to the poverty stricken people that we don’t see on the resort commercials.  If my work takes off as I believe it will, I can start a foundation to adopt a school in the poorer locations of Jamaica, and hopefully start a trend that will make quality education accessible to all of its children.  After that I’d like to support the healthcare system as well.  These are lofty goals of mine but they are not beyond reality nor are they beyond my heart.  I tend to reach far, but I believe in my heart that we can do anything, sometimes we need the right people to give us that helping hand but we can do it.  I hope to make Akil and Saltfish the first step in my journey to make the world a better place.  I won’t stop at a minimal career, I will use it to be with the love of my life and turn it into an industry of healing and hope, thus turning my greatest dreams into reality, as children do everyday.

Q: Thanks for the interview.
I thank you for your time and I hope everyone will enjoy my work.

To see the Comic Visit Akil and Saltfish