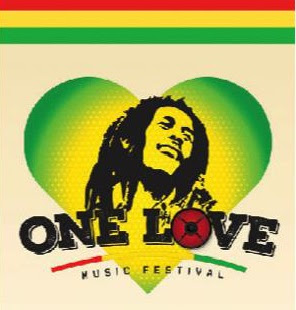 “This festival is a way to continue to spread Dad’s message and help empower people to achieve great things,” shares Cedella Marley, CEO of Tuff Gong and Creative Director of the event.

With over 35 million albums sold worldwide, five Grammy Award nominations, and 45 Billboard Hot 100 songs under his belt, Akon has proven to be simply unstoppable.  He was listed by the Guinness Book of World Records as the #1 selling artist for master ringtones in the world and became the first solo artist in history to lock down both the number one and number two spots on the Billboard Hot 100.  In addition to his own musical successes, not many realize that Akon was the visionary behind the KonLive and Konvict record labels which jumpstarted the careers of Lady Gaga and T-Pain.

The Senegalese singer that gave us the hit singles “Smack That” and “I Wanna Love You” is no stranger to charitable causes.  In February 2014, Akon launched a partnership to bring electricity to one million households in Africa, via “Akon Lighting Africa.”  This initiative continues to address the concern that more than two-thirds of the population of sub-Saharan Africa is without electricity, and that more than 85 percent of those living in rural areas lack access. Akon Corp and partners have assembled strategic partners to create replicable, scalable and cost-effective energy solutions.

Nico & Vinz are the Afro-Norwegian singing and songwriting duo best known for the international success of “Am I Wrong.”  The inspiring single reached number 1 on the American Top 40 Charts and sold more than platinum.  Kahouly Nicolay “Nico” Sereba and Vincent “Vinz” Dery creates music that is a fusion of genres as diverse as pop to reggae to soul.  Nico & Vinz will release “Hold it Together” this month, which is taken from their third studio album, due later in 2016.

One Love Music Festival is a two-day fundraising event to celebrate Bob Marley’s life and legacy by supporting ongoing projects in education, the environment and poverty relief through the Bob Marley Foundation in partnership with the Rollins Foundation and Sandals Foundation.  SOS Children’s Village is among other Rose Hall supported charities expected to benefit from the proceeds.

“Rose Hall is pleased to celebrate the life of Bob Marley not just with amazing music which represents what he stood for but with the meaningful work our foundations will do with funds raised through these events. This passion for the Jamaican people is truly the heart of Rose Hall,” says Michael Rollins, President of Rollins Jamaica and Executive Producer of the festival.

The Gala Reception on February 4 is expected to be an intimate event where VIP patrons will get to hobnob with local and international celebrities. And on February 5, the One Love Concert will deliver living legends and music legends in the making, from all genres, in never before seen and unexpected combinations.  The line-up includes Akon, Nico & Vinz, Kymani Marley, Skip Marley, Morgan Heritage, Tessanne Chin, Nadine Sutherland, D’Burnz, CK, Kranium, Teflon, Iceman, and Ruff Kut band; as well as a special Taxi Records segment with Tanto Metro & Devonte, No Maddz, Devin Di Dakta, Sabrina the Diva.

“We’ve got a great fusion of contemporary and seasoned musical talents onboard,” says Cedella Marley.  “The festival will be an explosion of entertainment and enjoyment for persons of all age groups, while sharing a message of positivity and empowerment.”