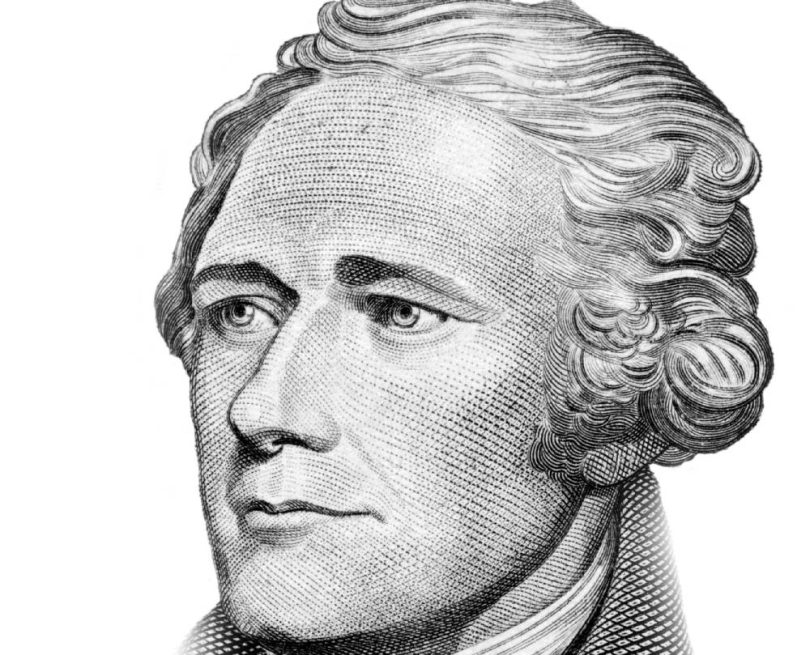 Alexander Hamilton was born in Charlestown, Nevis in 1757. An orphan, he was sent as a teenager by patrons to New York for an education. He published articles in support of the Continental Congress under a pen name as a student. He served as an artillery officer in the Continental Army in the New York and New Jersey campaigns. He became a senior aide to General George Washington in 1777. After the war, he won election as the New York representative to the Congress of the Confederation but resigned to practice law and found the Bank of New York. He was a delegate from New York to the Constitutional Convention and wrote 51 of the 85 installments of The Federalist Papers. He was the first Secretary of the Treasury, founded the financial system of the United States, as well as the US Coast Guard and the New York Post newspaper. He established the first two central banks of the US, instituted a tariff system and resumed good trade relations with Britain. He was the youngest US cabinet member to serve in the history of the country. He ran against Vice President Aaron Burr to become governor of New York State in 1804, calling Burr “unworthy.” As a result, Burr challenged him to a duel in which Hamilton was shot and fatally wounded.