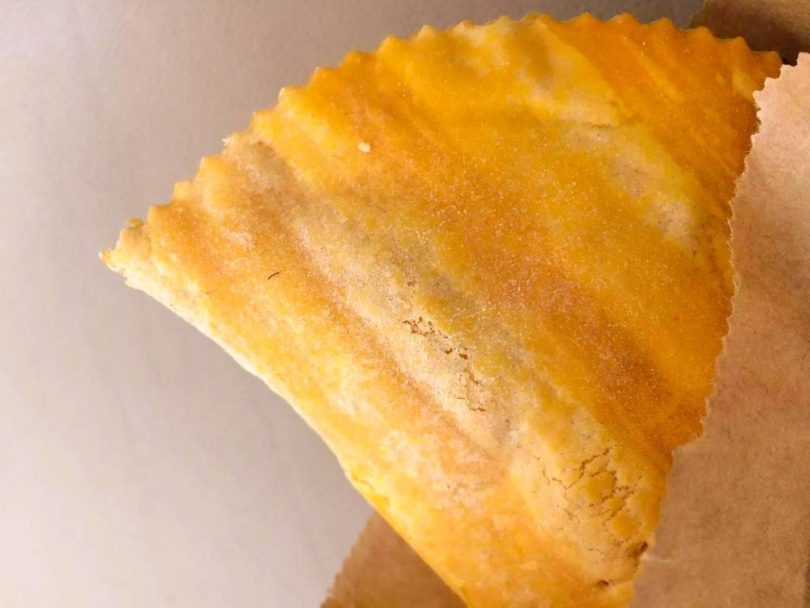 The fascinating story of Jamaica’s famous beef patty is featured in the New York Times, which calls the patty “an island’s history in the palm of your hand” and a “vehicle of deliciousness.” Enid Donaldson, the author of “The Real Taste of Jamaica,” describes the patty as the “Number 1 fast food” in Jamaica.

Basically, a Jamaican beef patty is a baked, turnover-like, flaky and turmeric-yellow pastry made with suet that is stuffed with a tasty, diced filling, usually made with beef. It is the quintessential fast food that can be enjoyed for breakfast or lunch or as a snack any time of the day. In Jamaica, the patties are available from street vendors and in restaurants, and they have evolved to feature a wide variety of fillings: vegetable, pork, chicken, lobster, shrimp, lamb, cheese, or ackee, Jamaica’s national fruit. Fillings are always highly flavored and usually spiced with Scotch Bonnet peppers. Although the patty originated in Jamaica, it has become increasingly popular and can be found in many places around the world. The history of the Jamaican patty reflects the island’s long history, ranging from the time the Spanish and British colonizers landed on its shores to the generations of African people who were brought to the island as slaves to indentured Chinese and Indian workers to the Jewish and other cultures that brought their unique cuisines with them and influenced each other’s culinary traditions. According to Donaldson, all the island’s arrivals combined to create the unique blend of flavors in Jamaican cuisine.

Many food historians believe the patties are closely related to Cornish pasties, which were brought to the island by Cornish ships and sailors from Britain as they traveled the trade routes to and from East Africa, England, and the Caribbean during the 17th century dealing in slaves, spices, and sugar. The Cornish dish was then adapted to include locally available ingredients and the tastes of indigenous and imported populations, who put their own stamp on its make-up. The Scotch Bonnet chili pepper, a common addition to foods on the island, transformed the patty into the popular global treat it has become.