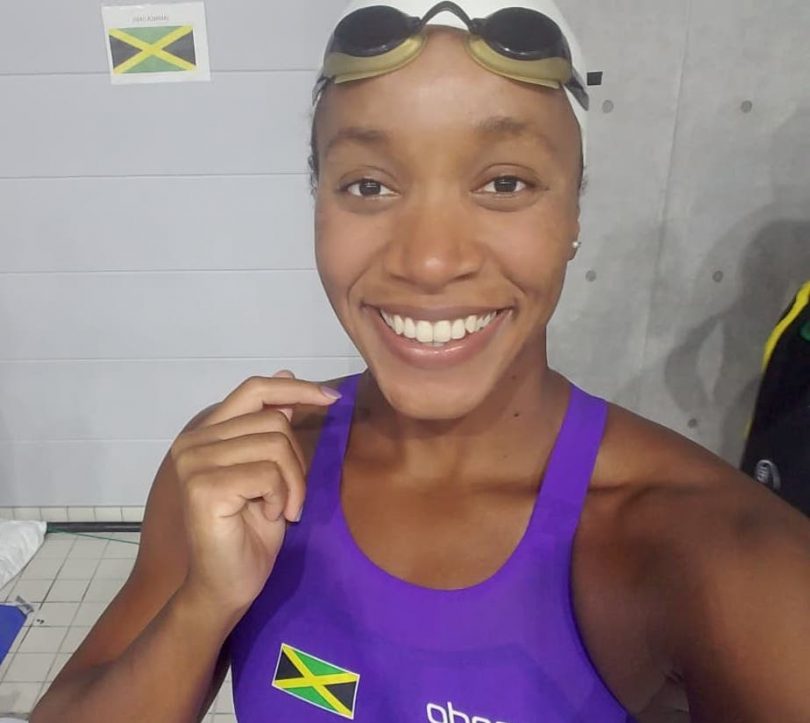 “It’s been a long time and there have been a lot of times I wanted to quit, but I stuck to it, knowing what my goal was – Alia Atkinson.

Who could have thought that the little girl from the land-locked community of Roehampton in the parish of St. James, would become a legend in the world of swimming and receive a national honour (Commander of the Order of Distinction) for this remarkable achievement?

Alia Atkinson is not only Jamaica’s most outstanding champion swimmer, she is the first black woman to win a world title in swimming. A five-time Olympian when she retired in 2021, Alia had won a total of 124 medals – 74 of which were gold. She began her swimming career at fifteen, as a high school junior, at the 2004 World Summer Olympics. Initially Alia did both the freestyle and the breaststroke, but later specialised in the breaststroke.

A graduate of the Texas A & M University Alia was inducted into its Hall of Fame in 2018. In 2021 she was included in Swim Swam’s Top 100 women and in that same year she received an Honorary Doctorate from the University of the West Indies. Swim Swam is a news organisation covering all types of competitive swimming.

Currently, she is Chair of FINA’s Athletic Committee. FINA – The International Swimming Federation – the governing body for world aquatic events.