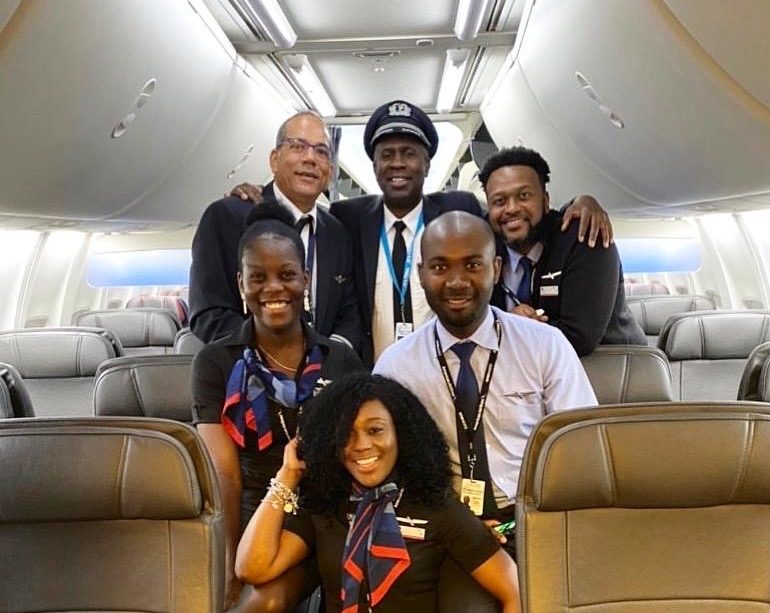 American Airlines finally made flight-crew history on February 23, 2020. After 43 years of operating in Jamaica, the airline’s Flight 2370 from Kingston to Miami, Florida, was in the hands of an all-Jamaican crew. The crew on the Boeing 737-800 aircraft included Captain Robert McPherson, First Officer Shaun Nelson and Flight Attendants Linneth Duhaney, Shanecia Witter, Mario Facey and Stanley Franklin. Commenting on the historic moment, Maxine Meijerink, American’s general manager for Kingston, noted the company’s long history on the island and its pride in its crew. She went on to say that American Airlines values diversity and that the all-Jamaican flight was an example of its commitment to diversity and inclusion. 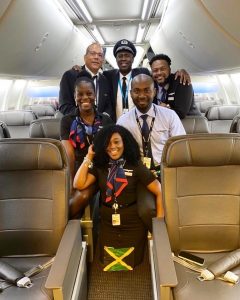 Captain Robert McPherson is from Kingston and has been flying for American Airlines for over two decades. According to McPherson, he and First Officer Shaun Nelson have flown together for three years, but the Kingston-Miami flight was the longest they had flown together, they were pleasantly surprised when they discovered the flight had an all-Jamaican crew. Prior to take-off, they enjoyed a meal of ackee and saltfish for breakfast, he said, noting it was the perfect way to begin a special day.

Stanley Franklin, a flight attendant from Portland Parish, said there was much excitement around the flight and that being a member of the all-Jamaican crew was exciting as the crew was shocked to discover they were all from the island. The passengers on the flight also made note of its historic nature, and the crew was able to speak to them in Patois, which made for an “upbeat, fun flight,” he said. First Officer Shaun Nelson, who is from Montego Bay, added that hearing a Jamaican accent coming from the cockpit made the passengers feel good. The crew received many “Respect Mon” and “Bit Up” from the passengers on the flight.

Upon landing at the conclusion of the four-hour-six-minute flight, flight attendant Linneth Duhaney announced to the passengers, “This all-Jamaican crew would like to welcome you to Miami.”