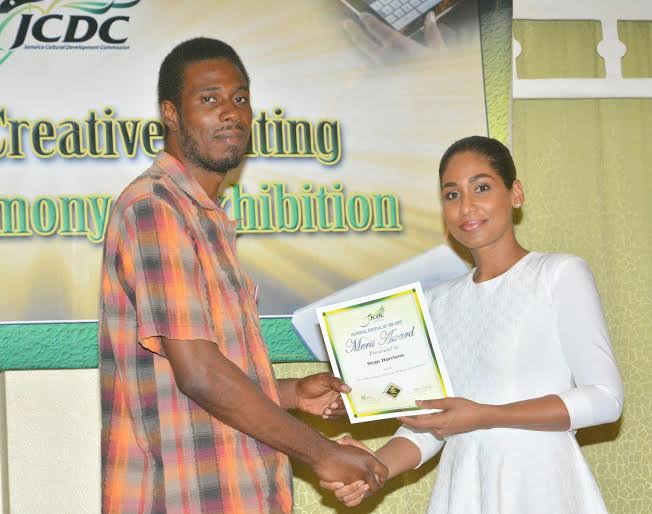 The award-winning pieces of the 2015 Jamaica Cultural Development Commission (JCDC) Jamaica Creative Writing Competition head to Manchester from Thursday, January 7 as a part of the competition’s annual islandwide tour. The pieces will be showcased at the Manchester Parish Library until January 21, after which the Exhibition will continue in Clarendon.

The pieces being showcased are from amateur and professional writers who entered their creative works in the categories: Poetry, Short Stories, Novels, Essays and Plays. In addition, the 2015 competition also saw the introduction of two special themes under which persons wrote and won special prizes: “Road Safety Responsibility” and “Trafficking in Persons”.

The Islandwide tour began on August 10, 2015 and will continue until March 31, 2016, with the winning pieces being hosted in libraries across all 14 parishes, giving members of the public the opportunity to appreciate and recognize the award-winning works.

The Jamaica Creative Writing Competition has been one of the best channels of providing writers with the opportunity of recognizing and validating their writing talent, while showcasing and promoting writers and their original work. Entrants have the opportunity to receive cash prizes, certificates of merit, medals and trophies.