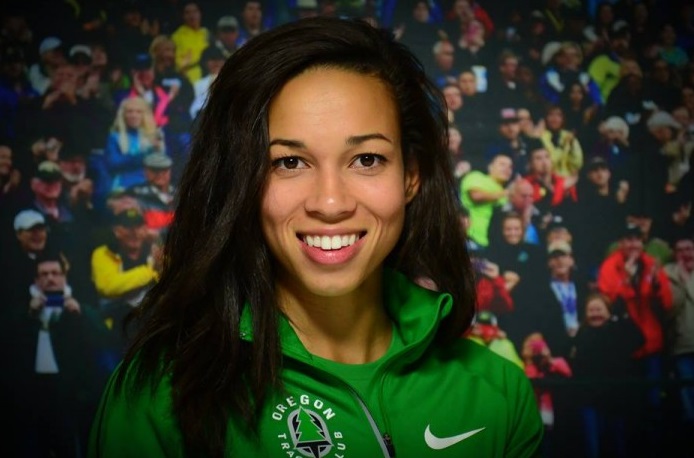 Aisha Praught first learned her steeplechase skills at the Oregon Track Club. She became well-known as a track star in both high school and college,  but in spite of her ties to the United States, Praught will be representing Jamaica in the World Championships in Beijing, China, August 22 through 30, 2015. She made her decision after discovering her biological father was from Jamaica, spending two years in “intense introspection” and talking to her family, friends and advisors about the issue. Praught has an interesting family history. Her mother had lived in Kingston and had a long relationship with Joseph “Blue” Grant, a reggae musician there. She traveled back to the U.S. for her daughter’s birth in Wisconsin and subsequently married Praught’s step-father Jerome. Since both her mother and step-father are Caucasian, she always knew Jerome was not her biological father and was always curious about her heritage. She searched for, found and ultimately met Joseph Grant in Berlin, Germany, in 2013 when she went to Europe to compete in that summer’s track season. She developed a relationship with her biological father and discovered she has 11 half-siblings. She became a Jamaican citizen in 2015 and almost immediately became the country’s top contender in the 1,500-meters distance and the 3,000-meter steeplechase. While she is qualified to run in both of these events at the World Championships, she will put her focus on the steeplechase  Her personal best time in the steeplechase is 9 minutes, 34.69 seconds. Her parents have been completely supportive of her all of her decisions throughout her remarkable journey.