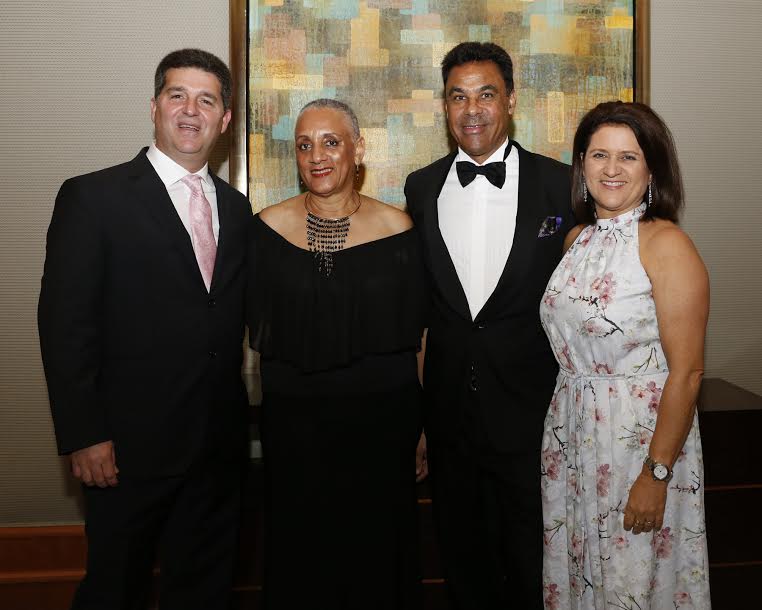 While attendees of the gala lauded the honorees, AFJ president Wendy Hart remained laser focused on the mission behind the festive soiree. “Evenings like these are wonderful for our major donors, but above all else our objective is to connect those who can provide help with those who need help”.

The AFJ started hosting their annual Jamaica Charity Gala in New York in 1982. AFJ Treasurer Barron Channer was instrumental in introducing the AFJ gala to Miami 13 years ago. Today, the group’s objectives for advancing the mission have become more broad based, not just targeting the wealthy, but all Jamaicans who have done well abroad. Mr Channer shared, “Many immigrants from Jamaica focus on giving directly to their families or to their high schools. We also want to encourage professionals in the diaspora who have the means, to give to wider causes on the island as well.”

In attendance at the event were a who’s who of officials, dignitaries and corporate executives including the US Ambassador to Jamaica Luis Moreno, Jamaican Ambassador to the US Audrey Marks, Minister of Tourism Ed Bartlett, Kingston Mayor Delroy Williams, and renown entertainer Orville “Shaggy” Burrell.

The Honorees
First to be recognized with the Lignum Vitae Vanguard Award for her service to the community was Information Officer at the Jamaican Consulate Cheryl Wynter, who joked that she was more used to sitting in the back row than in the spotlight. “Receiving this award was a surprise, and it’s an honor to feel appreciated.”

Next to receive the Lignum Vitae Vanguard Award for accomplishments in his field and for community service, was distinguished cardiologist Dr Kevin Coy. Beyond developing technologies to monitor and improve health through mobile apps and artificial intelligence, the third generation medical professional of Jamaican descent has traveled the Caribbean opening cardiology clinics in multiple islands including Jamaica, Aruba, Cayman, Curacao, St Kitts and Nevis. “I truly feel good about the work I do every day, but this award validates that my work is important to others as well.”

The recipient of the International Humanitarian Award was WISYNCO Group Chairman William Mahfood, who has contributed to The AFJ over many years, and who has consistently been impressed by the honorable focus of the group’s efforts. “While I am truly humbled tonight, receiving an award like this is a challenge for me, because when you do good works it is not with the intent of gaining recognition.” Mr Mahfood is also the president of the Private Sector Organization of Jamaica, and serves on a number of corporate and charity boards.

Awarding Grants
At the start of the evening, the organization confirmed that it had already raised hundreds of thousands in contributions for Jamaican community organizations. After surpassing the evening’s pledge drive goal of $50,000, Ms Hart announced that she would be traveling to Jamaica the following day, along with other members of her team, to begin awarding grants. This year’s recipients include Cornwall Regional Hospital, SOS Children’s Village, Alpha Institute and The University of the West Indies. 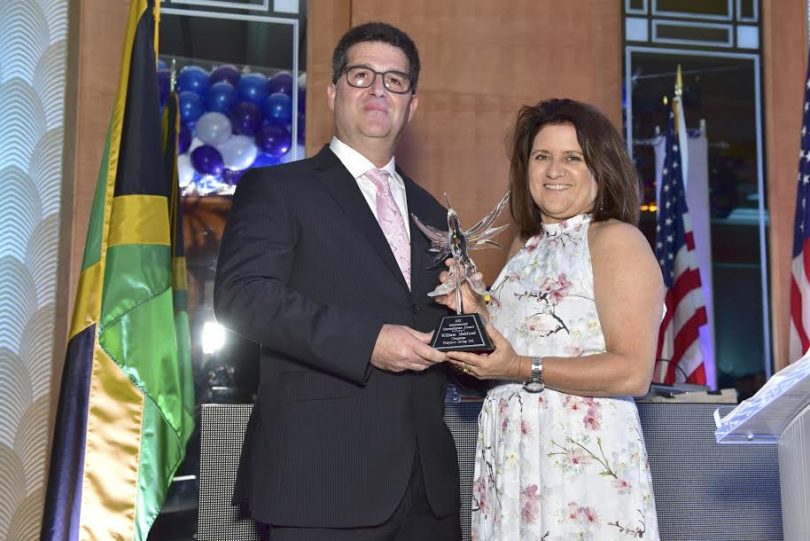 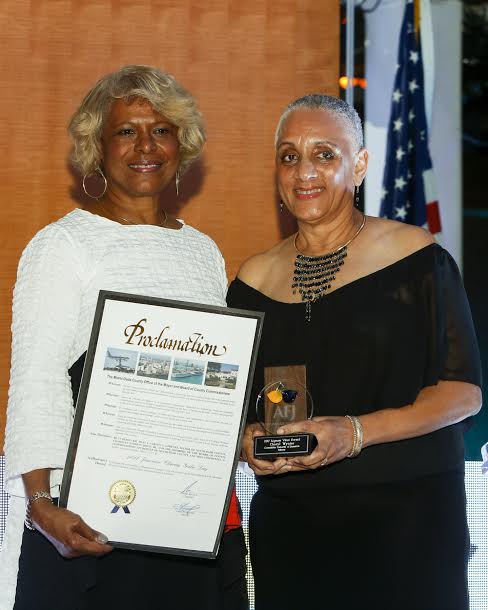 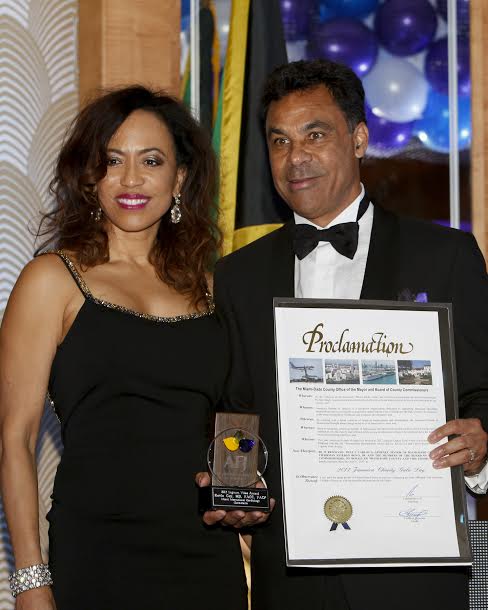