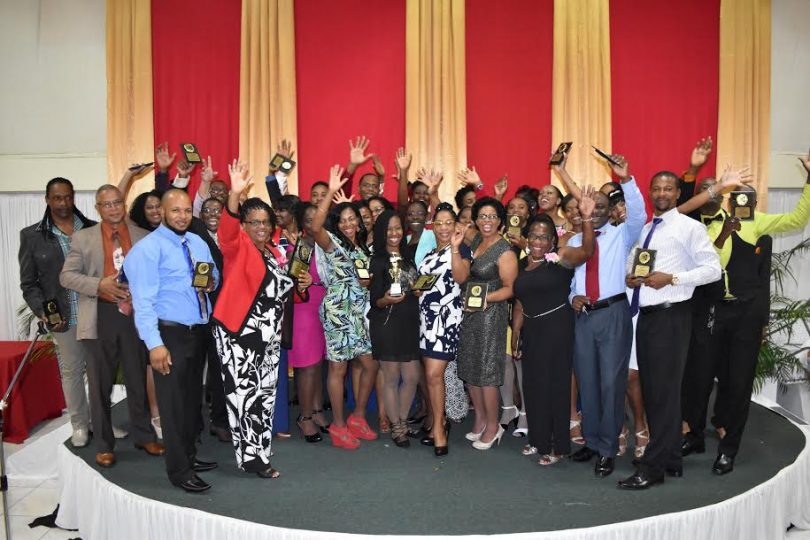 A call is being made for greater recognition and understanding for the work being done by healthcare workers against the background of the outcomes compared to the demands and challenges the health sector faces.

Regional Director of the Southern Regional Health Authority (SRHA), Mr. Michael Bent who made the call explained that for the period June 2015 to October 2016, 1.2 million visits were made to the five hospitals and 72 health centres within the southern region with a mortality figure of 2, 750. This, he said is a success rate of 99.9 percent.

Mr. Bent was speaking at the 11th annual Staff Awards and Appreciation ceremony for some 62 persons from the Mandeville Regional Hospital on Tuesday, December 13 at the Golf View Hotel in Mandeville. He added that also during the period fewer than 50 formal complaints have been received by the Authority, of which more than 75 percent have been resolved.

“Many times the workers in the public health sector in Jamaica are not given the level of recognition that they deserve. Many persons take the public health service for granted. Of the 1.2 million visits that we received, if I were to share the budgetary allocation over the period, June 2015 to October 2016 without taking out any salaries, just those visits, you would realize that you have been working miracles because you would have spent $10, 600.00 per visit. How many organizations can produce the level of output with that figure, you are miracle makers” Mr. Bent told the employees.

“Many times persons do not understand the nature of the significance of healthcare workers. I am not saying we are perfect; there is room for significant improvement, however persons should look at the output of the staff members and the circumstances and the environment in which we work” Mr. Bent added.

The Regional Director also appealed to the public to take greater responsibility on the roads and in decreasing violent activities which are creating more challenges for the health sector. “Some of these things are avoidable, we don’t have to have this high level of violence or trauma cases impacting the health sector” Mr. Bent said.

The Awards and Appreciation ceremony was held under the theme, “Recognizing Performance and Promoting Excellence” and recognized retirees in addition to employees for service of up to 22 years and for exceptional service.