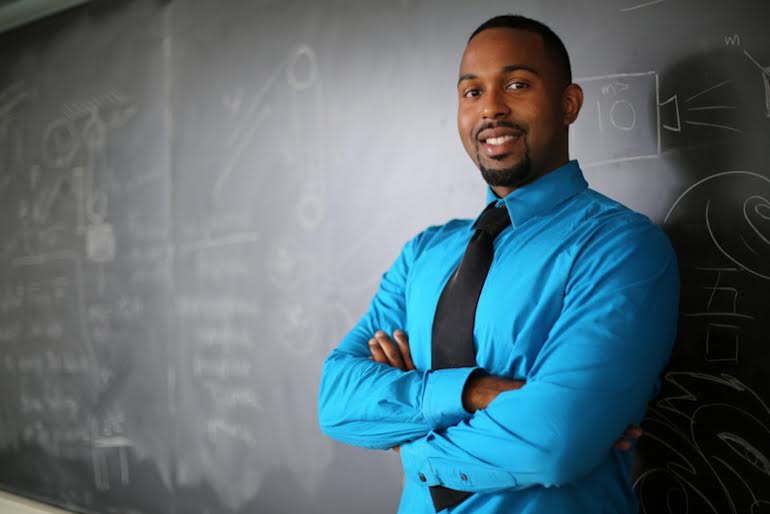 BMe Community, with funding from the John S. and James L. Knight Foundation, announced a contest this month that asks all people in Miami to name a black father, entrepreneur, coach, co-worker, or friend who inspires them because of his genuine commitment to helping others in his city.

“We do this because the majority of black men get up every day and do their part to make Miami a place where opportunity and ideas can flourish for the next generation.” said BMe Founder Trabian Shorters. “You’d be surprised how much better things could be if we just acknowledged and helped men like these.”

Oprah Winfrey acknowledged one such BMe Leader Award-winner on her “Super Soul Sunday” show this past weekend.

“Our conversation was one of the best I’ve ever had—not just in my career, but in my life,” said Oprah.

The story was about Shaka Senghor, a Detroiter, who turned his life around after spending 19 years in prison for second-degree murder. He had been home from prison for a year doing community work when someone nominated him for the first BMe Leader Award. BMe Community was the first organization to acknowledge and celebrate Shaka as a community-builder rather than an ex-felon.

“BMe played an integral role in connecting me to the resources and people that allow me to do the work I do,” said Shaka, now Co-Founder of BeyondPrisons.org. “BMe is an invaluable platform for many men who are inspired to build the communities they live in.”

Since earning the BMe Leader Award in 2012, Shaka has become an MIT Media Lab Fellow, a Kellogg Fellow, given a TED Talk that has been viewed over a million times, told his story in BMe’s New York Times bestseller “REACH: 40 black Men Speak on Living, Leading, and Succeeding” and has recently published his riveting memoir “Writing My Wrongs”.

“Shaka’s story is extraordinary for sure, but true stories like his are only possible when we are willing to see him for the good he does rather than to forever define him by a past that he cannot change,” said Shorters.

BMe stresses that you don’t have to have a troubled past to apply, just be a black man who inspires others. All applicants will be publically acknowledged and 10 winners will receive $10,000 each and become members of a national “brotherhood for the common good” that strives to build better cities across America.

BMe’s application process is simple. Go to bit.ly/BMeLeader to nominate as many black men as you like. BMe Community will reach out to them and invite them to apply for the BMe Leader Award. black men can also apply directly at www.bmecommunity.org/apply. Applications close March 31, 2016.

Trabian Shorters started BMe Community while serving as vice president of the John S. and James L. Knight Foundation. In July 13, 2013 he spun it off as an independent network with the support of Knight, The Campaign for black Male Achievement and The Heinz Endowments. It has offices and programs in Akron, Baltimore, Detroit, Miami, Philadelphia and Pittsburgh. BMe is sustained by private donations, sponsorships and charitable grants.