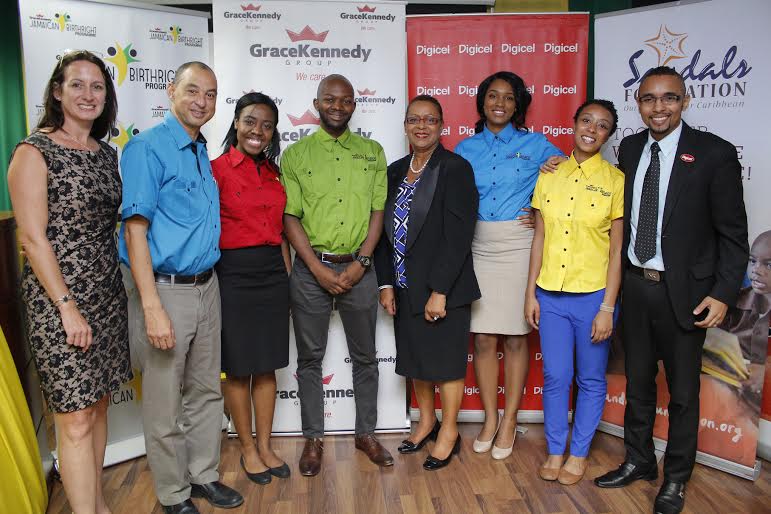 After reviving its popular Jamaican Birthright programme in 2015, GraceKennedy has announced that applications for the 2016 period are now open. The aim of the programme is to expose second and third generation Jamaican university students to a diversified Jamaican experience through music, social activities and professional tutelage through internships at GraceKennedy.

“The programme this year was a huge success. Our 2015 Birthright interns had an unforgettable and rewarding experience,” said Executive Director of the GraceKennedy Foundation, Caroline Mahfood, who has oversight for the project. She continued, “With the help of our partners Sandals, Digicel and the Jamaica Tourist Board, the interns not only experienced the professional aspect of Jamaica but also the rich cultural heritage, from cuisine to music, sports and more. They really got the chance to get up close and personal with Jamaica.”

2015 Birthright Interns, Janae Bell, a freshman at Harvard University, Kira Starks, a  graduate of the University of Baltimore, Jamila Turner Dell’Acqua, a  graduate of the University of East London, and Ukpong Etang, a junior at Concordia University in Montreal, received an all-expenses paid, five week trip to Jamaica to participate in the programme. They all expressed appreciation for having had the opportunity. According to Janae, “I really developed a love and appreciation for Jamaica on this trip. I was able to experience the life and culture as a resident rather than a tourist. The GK Birthright Programme is one I recommend all students of Jamaican heritage take part in.”

The GraceKennedy Foundation is ensuring that students have that chance. Applications are open to second and third generation Jamaicans (of Jamaican parentage or grand parentage) between the ages 18 – 25 years, who have not lived in Jamaica for more than six months, and who are seeking an opportunity to learn and explore their Jamaican heritage. They must be pursuing either an undergraduate or graduate degree and must have a Grade ‘B’ average or higher.   Applications will be accepted online from September 7 to November 30, 2015, after which four persons – two from the United States, one from the United Kingdom and one from Canada – will be chosen to participate in the Birthright Programme for 2016.   GraceKennedy Limited will host the four university students from July 2 to August 6, 2016, giving them hands-on experience in their chosen career fields.