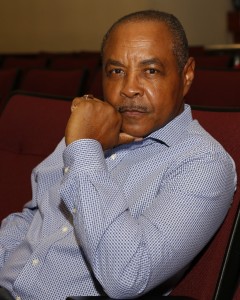 To celebrate this feat, Malachi will launch his seventh (7th) studio album “Wiseman” on Thursday, May 18, 2017 at 6:30 PM, at JEPA’s Place, 7153 West Oakland Park Boulevard, Lauderhill, Florida 33313.  His new album speaks volumes of his genius and arrival at the top of the dub poetry/performance poetry genre.

Smith is the 2016 ARKAMEDIA Awards winner in the Reggae Category for the hit “”How Yuh Mek Har Massa God” and a six time gold medal winner in the Jamaica Cultural Development Commission’s annual Creative Writing Competition. He was also a founding member of the critically acclaimed group Poet in Unity, which later gave birth to the award winning Poetry Society of Jamaica. His poetry is read and published internationally and has been translated into Spanish and Mandarin Chinese.

Wiseman has 13 solid tracks – no fillers, which are guaranteed to rock you as you celebrate the beauty of words and rhythm sewn together by the master poet and marinated in honey squeezed reggae licks that take you back to Jamaica and make you feel alright.

According to Professor Eric Doumerc of the University of Toulouse-Jean Jaurès, Toulouse, France, who wrote the liner notes for Wiseman, “The poems gathered on this CD are evidence that a strong social and political conscience still drives Malachi’s poetry. Other themes like personal relationships and nostalgia for his home island are important too”.  Indeed, the piece entitled Skylarking, echoing the well-known Horace Andy tune, encourages the youths to “start living” and stop fooling around. Several pieces actually mix romantic themes with social ones, like Sticky Situation.  For instance on Dance Nice, an ode to the power of Jamaican music, Dr.  Doumerc writes, “Malachi really lets loose and makes the listener want to dance too:

…Malachi Smith still cares passionately about Jamaica, her challenges and her many beauties. His latest CD is proof that the dub poetry tradition is alive and well today.”

Wiseman is produced by Danny Breakenridge on his Upstairs Music Label in concert with 4-M record and is available on iTunes and at leading record outlets.

Smith is scheduled to appear at the Talking Trees Literary Fiesta in Treasure Beach, St. Elizabeth, Jamaica, on Saturday, May 27, 2017.