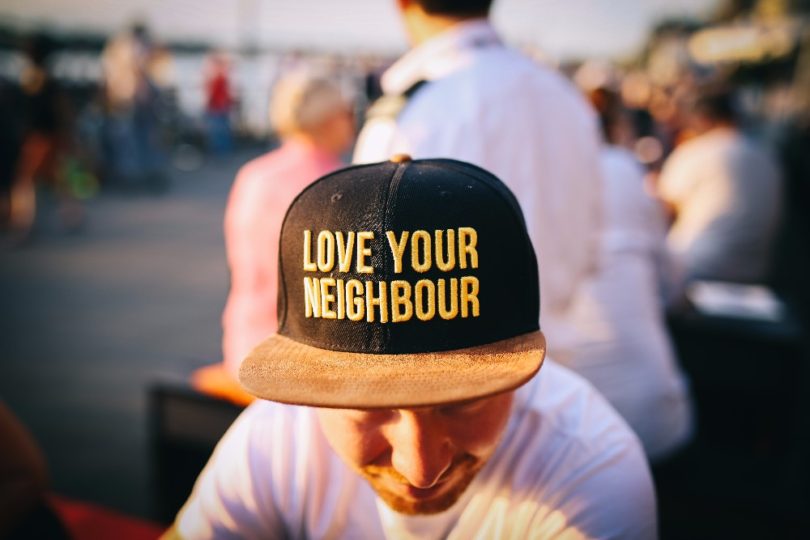 In 2016, Janey Brown and her daughter, Tanya Andersson, started an outdoor kitchen on a Roanoke, Virginia, street corner. Their business, Barbie Jerk, which sold barbecued meats flavored with Jamaican spices and cooked on a tent-grill-fryer setup, had a business license, but did not have the required permits from the health department. The duo did not want to give up their food business, and so now, they have combined Brown’s recipes with community outreach in an unusual ministry associated with a Roanoke church.

The two women now operate the No Fear Café in downtown Roanoke where they continue to serve Jamaican-style jerk barbecue and much more. The café isn’t a restaurant, but a food ministry at which patrons are not charged for food. It is run from the kitchen at First Christian Church. Rev. Tom Dayton, the church’s pastor, says the food service represents an experiment in community outreach. Currently, food is served from none to 2 pm on Tuesdays and Thursdays, and offers a place for people to enjoy a meal and talk. According to Dayton, the concept is to bring people together to talk in a non-threatening atmosphere over lunch, something they have in common. “We’re so divided now, there’s so much hate and fear,” Dayton said, and he wants to create a place where they are willing to share ideas that can lead to positive action.

During its hours of operation, the No Fear Café plays reggae music in the background as Brown, Andersson, and Andersson’s daughter Jade Wheeler serve hot meals cooked on an eight-burner stove.

Brown came to the US in her 20s as a member of a visiting Jamaican folk-dancing troupe and stayed. A congressman in New York introduced legislation to grant her legal residency, and while it did not pass, she had married an American citizen. She lived in Germany with her second husband during his time there working for the Boy Scouts of America. Andersson is a veteran of the US Coast Guard who has lived in Sweden, Saudi Arabia, Spain and Lebanon. The mother and daughter moved from Kentucky in 2014 to join Brown’s son who was already living in Roanoke.

After being shut down by the health department, they are allowed to continue their food service because of exceptions in the law that govern food at churches: as long as the food operation is part of a ministry, the church’s insurer approves.