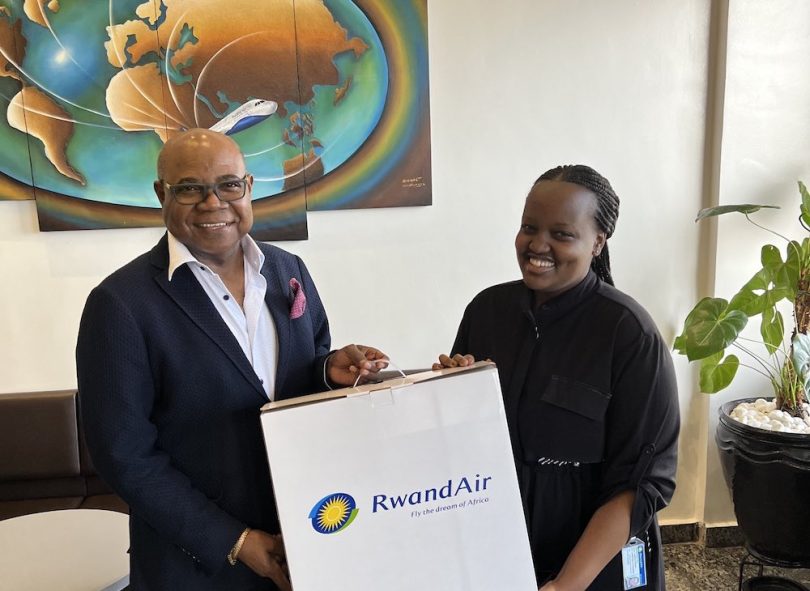 RwandAir operates domestic and international flights to East, Central, West, and Southern Africa; Europe; the Middle East; and Asia. Its main base is the Kigali International Airport in Kigali. The airline partnered with Opiontown, which is based in the United States, in 2019 to introduce Flight Pass, a prepaid flight subscription platform, which allows customers to pre-purchase tickets at the best price available and then decide upon a later date for their travel. The airline is totally owned by Rwanda’s government, although there was a pending agreement for Qatar Airways to purchase a 49- percent stake in the business in 2021. According to its website, RwandAir is the first African Airline to achieve a Diamond status designation from the APEX association for being the top airline in the health safety field.

Bartlett has been pursuing stronger ties with African markets for some time, believing the continent to represent the next major source market for tourists traveling to Jamaica. He has planned to reduce Jamaica’s dependence on any one single tourist market – Jamaican currently relies on traditional markets like North America and Europe – and to diversify efforts to bring in new people, including those from countries in Africa like Rwanda.

In 2021, Bartlett told the Jamaican Parliament that something new was in the air, and a new caucus was under consideration in tourism between Africa and the Caribbean. Discussions had already begun in 2021 to establish a Caribbean African Tourism Forum to open the way for more collaboration between tourism partners in Africa and the Caribbean region. He noted the inaugural charter flights from Lagos as the beginning of direct air connections between the African continent and Jamaica. Additionally, he noted discussions that continue with representatives from airlines in the Middle East, including Emirates Airlines, which started flights from Dubai to Jamaica in 2022, as indicative of plans to secure new tourism connections and investments in markets in the Middle East, Asia, and Asia Minor as well as Africa to Jamaica and the greater Caribbean. Plans to enter new tourism markets were stalled by the COVID-19 pandemic, which imposed strict visa requirements and other virus-related restrictions on tourist travel globally. There have even been discussions of eliminating all visa requirements for travel between Caricom countries and Africa.

Minister Bartlett stated that the tourist industry can only be sustained if proactive steps to foster tourism development that meets the needs of tourists are taken. These steps must not compromise the ability of future generations to meet their needs, however.