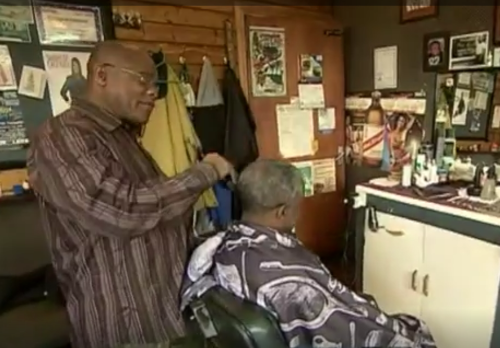 The BBC in the United Kingdom found a barber shop in Stoke-on-Trent that is keeping alive the Jamaican patois language. Patrick Gonsalves, the hairdresser at the shop is known as Mr. T,. He has been living in the UK for 47 years, and some of his customers have been going to him for almost that long. He makes it a point to speak patois to his customers. Some of the immigrants from the West Indies who came to the city during the 1950s and 1960s made the choice to drop their island languages, while others, like Mr. T’s customer Mike Samuda, work hard to maintain their culture and their heritage through the language. When asked why he speaks “so much” patois, Mr. T says he does it to keep the language alive.

Jamaican patois is known as Jamaican Creole by professional linguists. It is a Creole language that is based on English with influences from West Africa. The development of the language can be traced to the 17th century when slaves were brought to Jamaica from West and Central Africa and learned the vernacular forms of English spoken by slaveholders. The term “patois” comes from the Old French word that means “local or regional dialect” although it had earlier been defined as “rough, clumsy or uncultivated speech.”

There are Jamaican-patois-speaking communities among Jamaicans in the diaspora in places like Miami, New York City, Hartford, Washington DC, Toronto, Nicaragua, Costa Rica, and Panama, as well as places in the UK like London, Birmingham, Manchester and Nottingham.

Jamaican patois is chiefly a spoken language and used heavily in music, particularly in reggae and dancehall. Standard English is used for writing in Jamaica, but patois has steadily been gaining as literary language on the island for nearly 100 years.