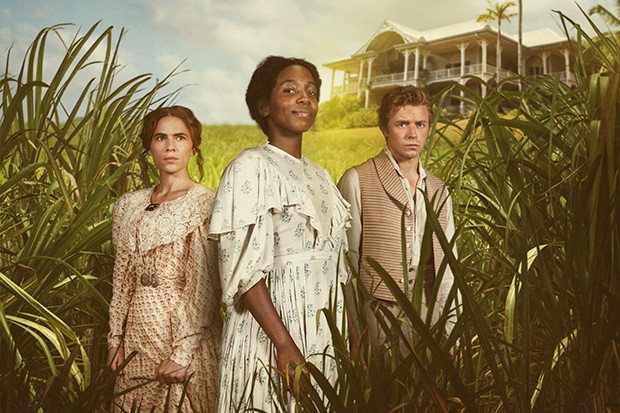 The BBC will present a three-part dramatization of “The Long Song,” a prize-winning novel by Andrea Levy, which has been adapted by Sarah Williams. The story is set in Jamaica during the last days of slavery in the 19th century. It follows a strong-will slave July who lives on a plantation owned by Caroline Mortimer and what happens when the charming Robert Goodwin arrives on the island and takes the job as new overseer. Both women are intrigued by him and his ideas, which seem designed to improve conditions on the plantation for the slaves and their mistress. The story is told from July’s point of view as she looks back over her life. It includes humor, defiance, and depicts her indomitable tone as it portrays the injustices inflicted upon human beings to one another, along with the unexpected ways that humanity sometimes overrules prejudice.

On hearing that she had been cast in “The Long Song,” Tamara Lawrance, who plays July, said that every day of work is “enlightening” and “a real blessing” for her as she plays a character as “subversive” as July. Lawrance notes that July “rings true” to Jamaica’s national heroes like Nanny, Paul Bogle, and Sam Sharpe, who stood up for their own humanity and changed the history of the world. “I believe stories like these illuminate the legacy of slavery in relation to where we are today. It’s all still relevant!” she said.

Hayley Attwell, who plays the “deeply flawed” Caroline Mortimer, said she was delighted to be part of this adaptation, which she said is written with much sensitivity, humor, and intelligence. She found playing Caroline to be a “thrilling challenge” and “new territory” for her in her acting career.

Slavery finally ended in Jamaica in 1838 after 300 years.

“The Long Song” will begin on Tuesday 18th December on BBC1 at 9 pm.