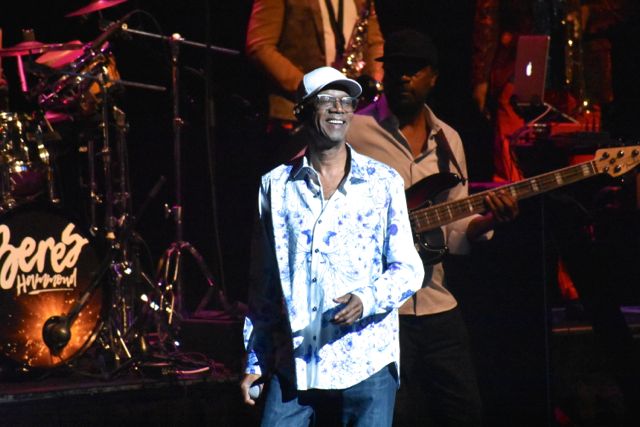 It was an early birthday party. Just three days before his birthday, Beres Hammond’s Never Ending tour made its final stop in the United States. August 25th, the Au-Rene Theater in Downtown Fort Lauderdale was the venue for the pre-birthday bash.

Beres’ tour makes an annual stop in South Florida. I try to make it every year, and whenever I do, Mr. Hammond never disappoints. But I have to admit, this year I was a bit worried. Looking at the concert schedule, the day of the Fort Lauderdale show would be his third night in a row of live performances. My first thoughts were, can his voice hold up? Can his body hold up? I arrived at the theater with hoping for the best and praying that all would go well.

To my delight, Beres was as good as he has ever been. His voice was smooth and silky as always and he even gave us his Buju Banton high knee impersonation. I should have never doubted, he has the status of icon because of his voice and his stage performances. 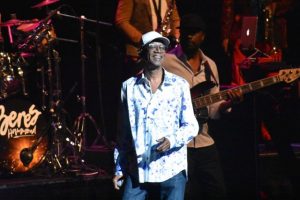 As soon as Beres walked on stage, everyone was on their feet and the audience stayed that way for the entire performance. We sang and danced through his set. And then we squealed with joy when Sister Marcia Griffiths made a special appearance. Marcia and Beres treated us to a rendition of their mega-hit “Live On”.

Second, to Beres’ performance, seeing the diversity of the crowd made my night. From thirtysomethings to mature couples and people covering the colors of the rainbow, they all came out to see Beres. The range of people that he can draw is a testament to his status as a Reggae Icon. Seeing a young couple dancing next to an older couple while both sets sang along as Beres’ smooth voice filled the theater pleased my heart. Beres Hammond, thanks for all you have done and continue to do for reggae music.