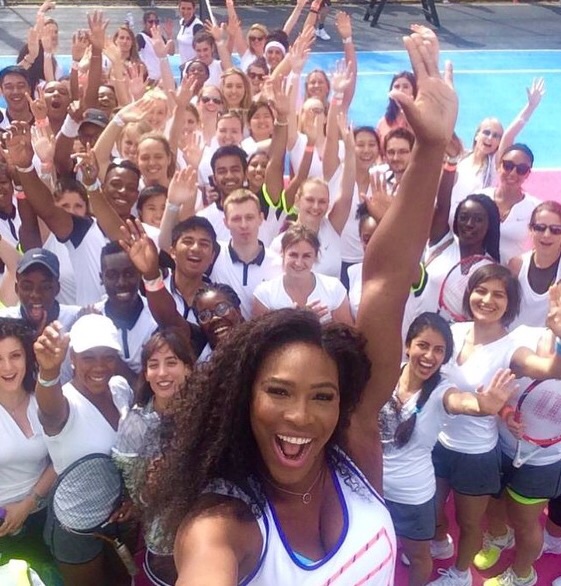 Tennis star Serena Williams joined with many other celebrities to congratulate Jamaica’s Reggae Boyz on their victory over the United States in the CONCACAF semi-finals. Characterized as a “David over Goliath” win, the Reggae Boyz made history as they became the first Caribbean team in the history of the CONCACAF Gold Cup competition to reach the finals.No stranger to playing in big matches, Serena joked in her tweet “#DividedLoyalties LOL.” She went on to wish the team good luck in reaching gold in the final. She also added, “Wow. Did #USA underestimate #Jamaica, I wonder? Don’t ever do that!”