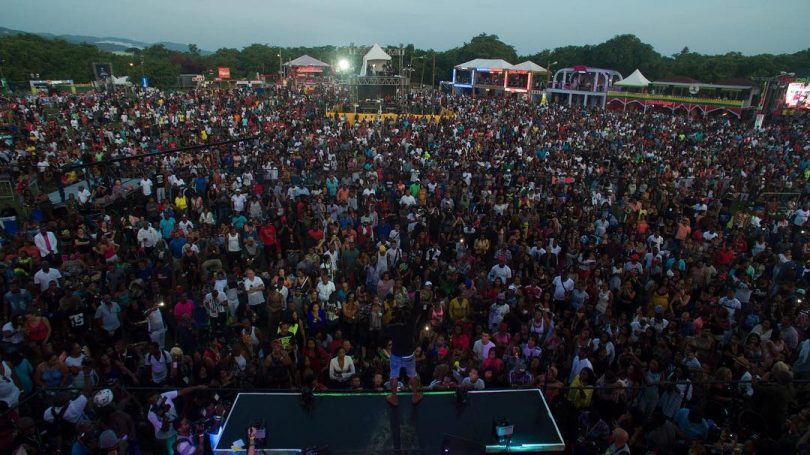 From the wide variety of music festivals held in the Caribbean region every year, Billboard Magazine has named its Top 7, and among them are three Jamaican festivals that “get it right.” These include the Red Strip Reggae Sumfest, to be held July 16-22, 2017 in Montego Bay; Rebel Salute, scheduled for January 12-13, 2018, in St. Ann; and the Jamaica Jazz and Blues Festival at Trelawny Stadium, slated for Winter 2018.

Stemming from the Reggae Sunsplash event, which began in 1993, Reggae Sumfest has been presenting top Jamaican reggae and dancehall artistes for 25 years. In 2017, Sumfest will run for seven nights and include features like Sumfest Blitz, dancehall bash to honor sound system dances in Kingston with a 90s-themed event, and Sumfest Heavyweight Clash, in which top selectors will fight for musical supremacy. There will also bee food, craft and drink vendors. The 2017 lineup includes Sean Paul, Sean Kingston, Torey Lanez and Nigerian dancehall star Patoranking, along with deejays Beenie Man, Bounty Killer, Alkaline, and Sizzla Kalongi.

Rebel Salute was founded in 1994 by Tony Rebel, Rastafarian sing-jay, to celebrate his birthday. A two-night event, it features some 50 performers representing all types of Jamaican music with an emphasis on roots reggae. The festival follows Rastafarian principles so there is no alcohol or meat options available, but there are plenty of vegetarian and vegan food treats. The festival also openly celebrates ganja as a healing herb, and it is sold by vendors at the event. In 2016, Rebel Salute featured Derrick Morgan, Stranjah Cole, Leroy Sibbles, Sister Nancy, Lone Ranger, Assassin, Popcaan, Queen Ifrica, and Lady Saw, who is now administering the gospel as Marion Hall.

The Jamaica Jazz and Blues Festival started in 1996 and has featured performers like Alicia Keys, John Legend, Maroon 5, Diana Ross, Mariah Carey, along with reggae artistes like Maxi Priest, Sean Paul, Shaggy and Ziggy Marley. Celine Dion wowed fans in 2012 when she brought her Las Vegas show to Trelawny Stadium and played to some 27,000 people. Having to find ways to be creative about bookings due to the expense of bringing such acts to Jamaica, the festival’s promoters put the event on hiatus since 2016, but are planning for a comeback in the winter of 2018.