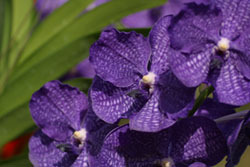 My father was a no-nonsense, hardworking man who made his living as a building contractor. He spent his days plowing through the streets of Kingston, shuttling workmen and building supplies from one job site to another, and spent his weekends scouting empty lots for sale. He built a variety of structures in and around the corporate area, and even today as I drive through Kingston & St. Andrew I can point to homes, shopping centers and apartment buildings and say to my kids, “Grandpa built that!” From New Kingston to Meadowbrook, from Belgrade heights to Temple Hall, concrete testaments to his life’s work abound.

He loved construction, he loved Jamaica, and he was fearless—never afraid to make his way down the narrow, winding lanes of Kingston’s suburban ghettos. I remember being in the car with him for trips to neighborhoods like Black Ants Lane off Red Hills Road or Stand Pipe in Liguanea in search of his workmen (this was the seventies and eighties, age of the party line when cell phones were an abstract wish and the waiting list for land lines was the age of primary school children). But rough-and-tumble as he was, Daddy came home in the evenings to the most contrary of pastimes—tending his numerous orchids, all carefully nestled in a bright and airy greenhouse.

He was a large, stern man with a voice that made grown men halt in their tracks; yet, he would spend hours at a time tenderly potting his dendrobiums or his vandas or his cattleyas in carefully selected coconut husks or special blends of charcoal. All this to help ensure that on some fateful morning he would wake up to find an orchid blossom had burst open to reveal a paper-thin testament to God’s infinite creativity. Perhaps it was his rural roots in the small town of Anchovy, in St. James, that inspired his love of plants. From an early age he was intimately connected to the soil, waking up in the wee hours of the morning to stride through dew-coated fever grass to move his family’s cows or help his father dig yams and tend the family’s small farm. He regularly experienced the satisfaction of eating food that was given birth to by the land around him and that he helped bring into the world.

My childhood was quite unlike my father’s. As a teenager I pretty much ignored his horticultural pursuits. My parents’ nights of staying up late sitting on our back porch and marveling over the brief life of a cereus in bloom, or my mother’s diabolical obsession with keeping our lawn green—even through some of Kingston’s  worst droughts—were not even a blip on my teenage radar.  Which movie was showing at the New Kingston Drive-in or who could borrow a car to drive to Oopsidoo or Shakey’s Pizza was way more important.

However, many years later after my father had passed away and I had my own home, I slowly began collecting orchids myself. I’d buy them to decorate the house for a holiday or party, and after the blooms faded, I placed my delicate collectibles near a window somewhere in the house so they would get enough light, and I watered them per instructions. But year after year went by and not one of them bloomed. Not one.

I just could not understand what was happening and why these favorites of my father were so stubborn—a lot like him, in fact. As a young man he left Anchovy for Kingston where he was determined to make a life for himself and unwilling to accept all the odds that were against him. With no money and little more than the equivalent of an elementary school education, he was not the picture of likely success. What he did have, however, was an unwavering will to succeed and perseverance I cannot even begin to understand. He trained as a carpenter, spent a decade away from his beloved Jamaica in the farm workers program, and came back home to become one of the best private building contractors in Kingston. He was determined and he was proud—so proud in fact that he bought a car before he even knew how to drive and learned to drive in his own vehicle!

After a couple years of doing battle with my equally stubborn orchids, I finally decided that I was getting rid of all of them. I placed them outside in a flower bed where they could sink or swim for all I cared. I gave them no special attention whatsoever—they got exactly what the other plants in that bed got—an early-morning automatic sprinkling once or twice per week and only the sporadic shade provided by some neighboring lilies, a mandevilla vine, and an Italian cypress.

I pretty much forgot about them until one day several months later an unexpected splash of purple caught my eyes: One of the orchids was in bloom! How could this be? I racked my brain, both thrilled and confused, wondering about the plant’s mystifying personality. When I kept it under my watchful eye it refused to bloom, but when I abandoned it…well.

I’ve since come to terms with what transpired, and without the benefit of an orchid expert, I’ve realized the obvious—my orchids were in the wrong environment. Plain and simple. They just were not getting what they needed, and when that changed, they could not stop blooming! By the time one set of blooms begins to fade, another starts to smile at me as it opens up.  Who would have thought that relocating my orchids to the wilderness of my front yard would have put them in such a blooming frenzy?

This whole episode has led me to think about the way how we, like orchids, need the right environment. When mine would not bloom, I had every foul thought about them: they were lazy, they were spiteful, and maybe even genetically defective.

How often have we had similar thoughts about someone who is not thriving—the brother who can never hold onto a job for more than two months, and the sister who always manages to hook up with the most abusive men? How many times have we come across people who just like my orchids will not bloom no matter what anyone does to them? And how many times have we called these people lazy, spiteful and genetically defective? Some of us have even murmured this about ourselves. Could some of these people—not all but some—be just like my orchids: in need of the right environment? Could the equivalent of the appropriate amount of sunlight and water create unprecedented transformation and performance in our lives and the lives of others?

Sometimes we’re in the wrong city, the wrong job, the wrong school, or even the wrong marriage, and if we can just see our way to altering these elements of our existence, we can set our lives on a whole new course. All these are key components of our personal landscape, and when out of sync has the potential to stymie our progress in imperceptible ways. We’ve all had those seasons of woe in our life when we just can’t get things together no matter how hard we try—no matter how much we shift our orchids from one window to the next, they refuse to bloom because they are in the wrong space—because we are in the wrong space.

Next time you hit a barren period in your life, when no amount of fertilizer and water can help you pop out a flower, ask yourself if maybe it’s not you but some portion of your life’s terrain that need’s a complete overhaul. In fact, even when something seems to be wrong with you, in the appropriate environment you might still bloom.

A few months ago I came across one of my orchids that had lost all its leaves during the numerous cold snaps we had in South Florida earlier this year (unfortunately, it never  crossed my mind that I needed to take them inside on those below-forty-degree nights). With all its leaves dead and fallen, only one feeble stem remaining, I was sure this particular orchid had sung its last sankie and was in orchid heaven.  I had plans to reuse the potting mix but just had not gotten around to it as yet when one Saturday morning I saw a speckled flower poking out from behind a tangle of mandevilla vines. My leafless orchid that I had left for dead was in bloom!

It remains a mystery to me how this plant not only survived but bloomed without the benefit of leaves. It’s been a while since I took a science class, but I seem to recall something about photosynthesis, leaves and light being essential to plant growth…but who knows? My limbless orchid remains in bloom even as I write, the double flower proudly hanging onto its bare stem like a butterfly clutching a twig.

Maybe this is the level of defiance our lives can assume when we’re in the right space—the right work space, living space, and loving space. Even though we may be far from a perfect specimen, like my little leafless orchid, we dare the world to stop us from blooming. Maybe this was the attraction orchids held for my father. In fact, when he first arrived in Kingston as little more than a child, to many he must have seemed like my leafless orchid: something that was pretty much useless.  But he and the orchids he so grew to love were probably not as contrary as they may seem. They were both resilient, both intimately connected to their landscape, and both defiant as hell.

About the Author:
Andrea Shaw, Ph.D., is assistant director of the Division of Humanities and an assistant professor of English at Nova Southeastern University in Ft. Lauderdale. She was born in Jamaica and is a creative writer and a scholar of Caribbean and African Diaspora studies. Her book, The Embodiment of Disobedience: Fat Black Women’s Unruly Political Bodies, was published in 2006. Her creative and scholarly writing have been published in numerous journals, including World Literature Today, MaComére, The Caribbean Writer, Crab Orchard Review, Feminist Media Studies, Social Semiotics, and FEMSPEC. She graduated from the University of Miami with a Ph.D. in English and from Florida International University with an M.F.A in Creative Writing.