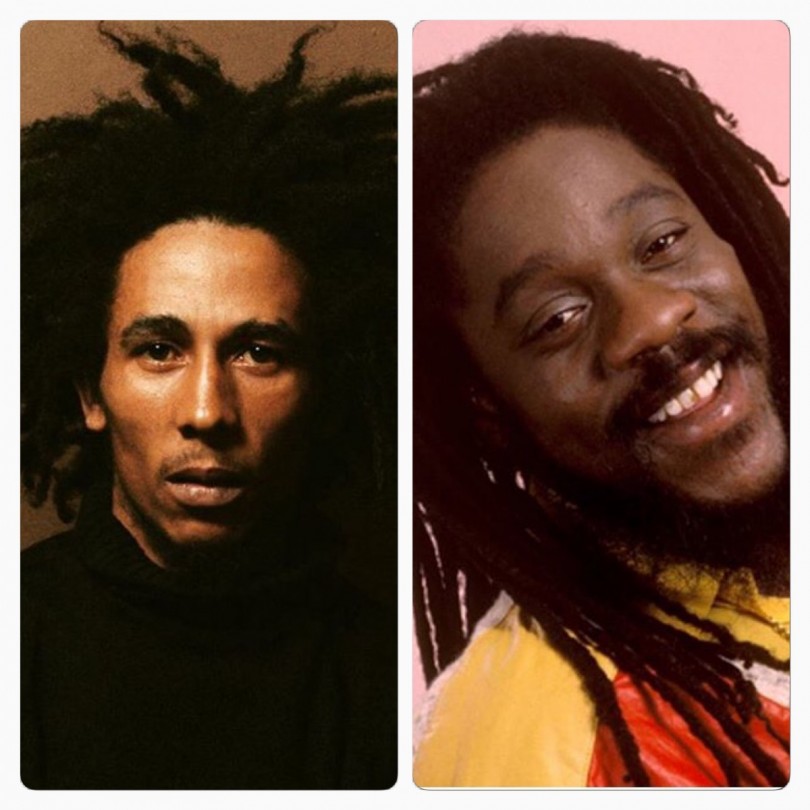 As February, the designated Month that Black History (USA) and Reggae Month (Jamaica) are officially celebrated, flows in on the winds of cold winter the world celebrates the birthdays of the most important artists in of reggae music. From the 12 tribes of Israel these Rastafarians Bob Marley the “King of Reggae” and Dennis Brown “The Crown Prince of Reggae” are from the tribe of Joseph. Bob is reggae music‘s ‘classical troubadour” and the genre’s most successful and influential singer/songwriter/artist. Brown, as a singer is the music’s ultimate stylist, the genre most influential singer, and the defining voice of reggae’s vocals. Every singer who came after Dennis is certainly influenced by his vocals including but not limited to Maxi Priest, Sanchez, Nitty Gritty, Barrington Levy, Junior Reid, Frankie Paul, Luciano, Bushman, and Richie Stephens. Reggae singer Freddie McGregor and close friends with Dennis Brown told me in an interview “I started recording way before Dennis started recording, yet I wanted to sound like him unlike I found my own style.

Bob Marley’s ‘ “One Love,” from his 1977 album “Exodus, was designated “The Anthem of the 20th Century”, he was voted by the British Broadcasting Corporation as the Songwriter of the Millennium. Time Magazine selected “Exodus” as the “Album of the Century.” The New York Times designated his 1974 album “Burnin'” as “The work of art from the 20th century that will survive 100 years into the future,” and placed his album “Exodus” in a time capsule to be opened at the end of this century and as the best album of the century.” Vibe Magazine voted Marley’s “African Herbs Man” one of the 100 best albums of the century. Marley was voted Artiste of the Century by Billboard Magazine. The Legend album was voted a Diamond Award, The United Nations, awarded him the Medal of Peace on behalf of Africans. He received the Lifetime Achievement Award from the National Academy of Recording Artistes, a Star on the Hollywood Walk of Fame, he inducted into the National Black Voice and Entertainment Hall of Fame Film and Museum and the Rock and Roll Hall of Fame.

In 2010 Nation Public Radio (NPR) named Dennis Brown one of the “50 Great Voices – from around the world and across time. The list includes Nat King Cole, Ella Fitzgerald, Mahalia Jackson and Jackie Wilson among others.

On 6 August 2011, at the Jamaica 49th anniversary of independence, the Governor-General posthumously conferred the Order of Distinction in the rank of Commander (CD) upon Brown, for his contribution to the Jamaican music industry. Brown’s albums 1994 “Light My Fire” and his 2001 “Let Me Be the One” (the last album recorded by Brown on which I wrote the liner notes for this one) received Grammy Award nominations..